Please ensure Javascript is enabled for purposes of website accessibility Business Leaders Warn Tax-the-Rich Bills Will Leave New York Poorer. But Don’t Call it a Threat to Pull Up Stakes - THE CHICAGO HERALD Press "Enter" to skip to content 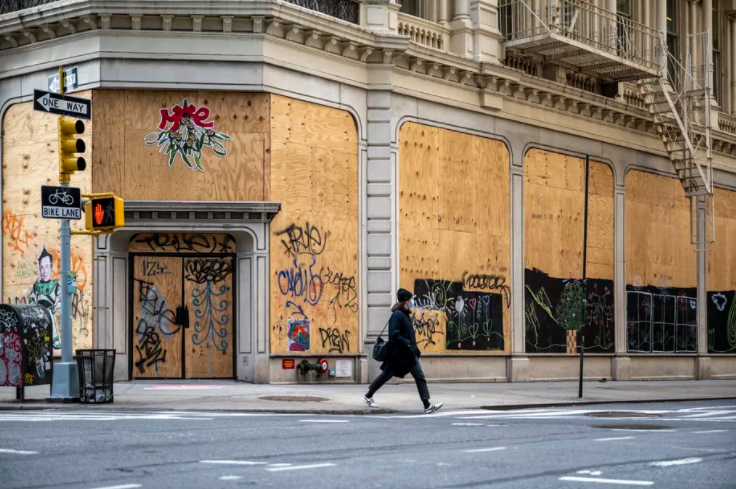 Business Leaders Warn Tax-the-Rich Bills Will Leave New York Poorer. But Don’t Call it a Threat to Pull Up Stakes

The city’s big-business leaders say they find themselves caught between a rock and a hard place.

The rock is the suggestion from leaders in Albany that the only way to stem momentum for an income tax increase on the wealthy is for the city’s leading CEOs to go public with threats to move thousands of jobs. CEOs see this as impossible: It would anger their employees and might set off the very exodus they are seeking to avoid.

The hard place is seeing a tax hike go through, which, they argue, would have the same effect.

“I was here in the 1970s when we lost 800,000 people and half our Fortune 500 companies,” Kathy Wylde, CEO of the Partnership for New York City told THE CITY. “We face a similar threat today.”

The latest salvo from the Partnership, issued in an “alert” sent out Wednesday, argues that federal aid in the Biden administration pandemic assistance plan likely to be approved by Congress soon provides more than enough money to solve the state’s budget problems — at least in the short term.

The alert also notes that city and state tax revenues continue to exceed projections. And it calls any increase “punitive,” designed to penalize people who supposedly got richer during the pandemic. That could threaten New York’s long-term health, business leaders and Gov. Andrew Cuomo say, since the top 1% of taxpayers pay more than 40% of all the income taxes collected in the state.

The Partnership alert came on a day when a bill was introduced in Albany to hike taxes on individuals making more than $300,000 a year. Previous proposals had been targeted at those making at least $1 million. Supporters of the latest proposal include Senate Deputy Majority Leader Michael Gianaris (D-Queens), city Public Advocate Jumaane Williams and the Working Families Party.

“Someone making $50,000 and someone making $1 million should not pay nearly the same tax rate, as they do now,” State Sen. Robert Jackson (D-Manhattan) told The Associated Press.

Some supporters say that the higher taxes are needed to help shore up the state budget at a time when many New Yorkers are grappling with job, food and housing instability while Wall Street is strong. Others, like Invest in Our New York, want to use the money for a major expansion of the state budget.

The current language in the $1.9 trillion Biden aid package contains more than $50 billion for New York, according to a letter House Speaker Nancy Pelosi sent members of the New York Congressional delegation. Included is $12.6 billion for the state, $10.6 billion for local governments, almost $9 billion for transit, $12.3 billion for education and $3 billion for Medicaid.

Cuomo has said $15 billion would solve the state’s budget problem for this year and allow for an expansion of programs for the fiscal year that begins April 1. Mayor Bill de Blasio’s executive budget for the fiscal year beginning July 1 is balanced without any of the aid.

Meanwhile, revenues continue to outpace estimates: Data from the state comptroller released this week showed state tax receipts for the first 10 months of the fiscal year are $1.7 billion higher than anticipated by the governor’s budget office last month — an estimate that already had been revised upward.

The threat that rich New Yorkers and the companies they run would flee has been spotlighted in recent headlines with an eye on Florida.

Anecdotes of the richest New Yorkers moving to Florida, which has no state income tax, abound, including a CNBC piece headlined, “Leaving New York: High Earners in Finance and Tech Explain Why They Left the ‘World’s Greatest City.’”

The New York Stock Exchange has publicly said it may move if a proposed stock transfer tax is revived.

“Looking at it from an employer’s perspective, we have a situation where we have a lot of employees working outside the city, there are a number of companies in New York that are portable like investment firms that could pick up and move somewhere else,” said Steven Swartz, CEO of the Manhattan-headquartered media company Hearst and co-chair of the Partnership. “It is important from a business and city and state perspective on welcoming all the people back and showing them we want them to come back.”

The Citizens Budget Commission agrees with the Partnership on the sharply improved financial picture and the risks of a tax hike.

“The fiscal reality is that we are in good enough shape in the short and medium term, we have other options and we do not need to raise taxes,” said CBC President Andrew Rein. “And raising taxes can hurt our economy.”

The CBC recently said that the state’s budget could be balanced without a tax increase by borrowing for capital projects that are currently paid from the operating budget and reducing what it has long argued is wasteful economic development spending.

It said the amounts saved — about $2 billion over each of the next three fiscal years and another $1 billion in 2025 — equal the total raised from both an income tax increase and delaying middle class tax cuts scheduled for next fiscal year.

The state needs to use the federal aid to restructure its budget because the economic recovery here is expected to be much weaker than in the rest of the country, Rein said.

Swartz said while this is not the time to raise taxes, when the long-term revenue outlook is clearer business, labor, community leaders and government officials should come to a consensus on whether more money is needed.

Democrats gained a super-majority in the state Senate last November to go with one in the Assembly, meaning the party can override a veto from Cuomo. The governor’s budget proposal included an income tax increase, only if federal aid is insufficient.

Even moderate Democrats, especially in the suburbs, fear a primary challenge from progressives, which drives them to support a tax increase, Wylde said. In addition, legislators don’t believe companies will leave, leading to whispered suggestions from Albany power brokers that CEOs publicly say they are considering moving out.

“It would be a terrible thing for companies to start threatening to leave,” she said. “It will upset their employees and it will create the potential for momentum that makes an exodus inevitable.”

A spokesperson for the state budget office said the Cuomo administration did not want anyone to threaten to leave New York.

“The Partnership rightly points out that the issue is getting New Yorkers to return after leaving at the height of the pandemic’s toll on the city,” said the spokesperson, Freeman Klopott. “We’ve said from the start that tax increases won’t be necessary if the federal government provides $15 billion in funding, following through on its promises to provide funding that offsets devastating revenue losses caused by the pandemic.”

“You speak up and then what? You get criticized on Twitter? There’s a protest in front of your apartment or even your beach house? So what?” asked former Bloomberg administration aide Bradley Tusk, whose consulting firm is now advising mayoral candidate Andrew Yang.

“The fact that business leaders are paralyzed by such intangible fears is a good reminder of how politically impotent the business community is in the first place,” he added.

This article was originally posted on Business Leaders Warn Tax-the-Rich Bills Will Leave New York Poorer. But Don’t Call it a Threat to Pull Up Stakes