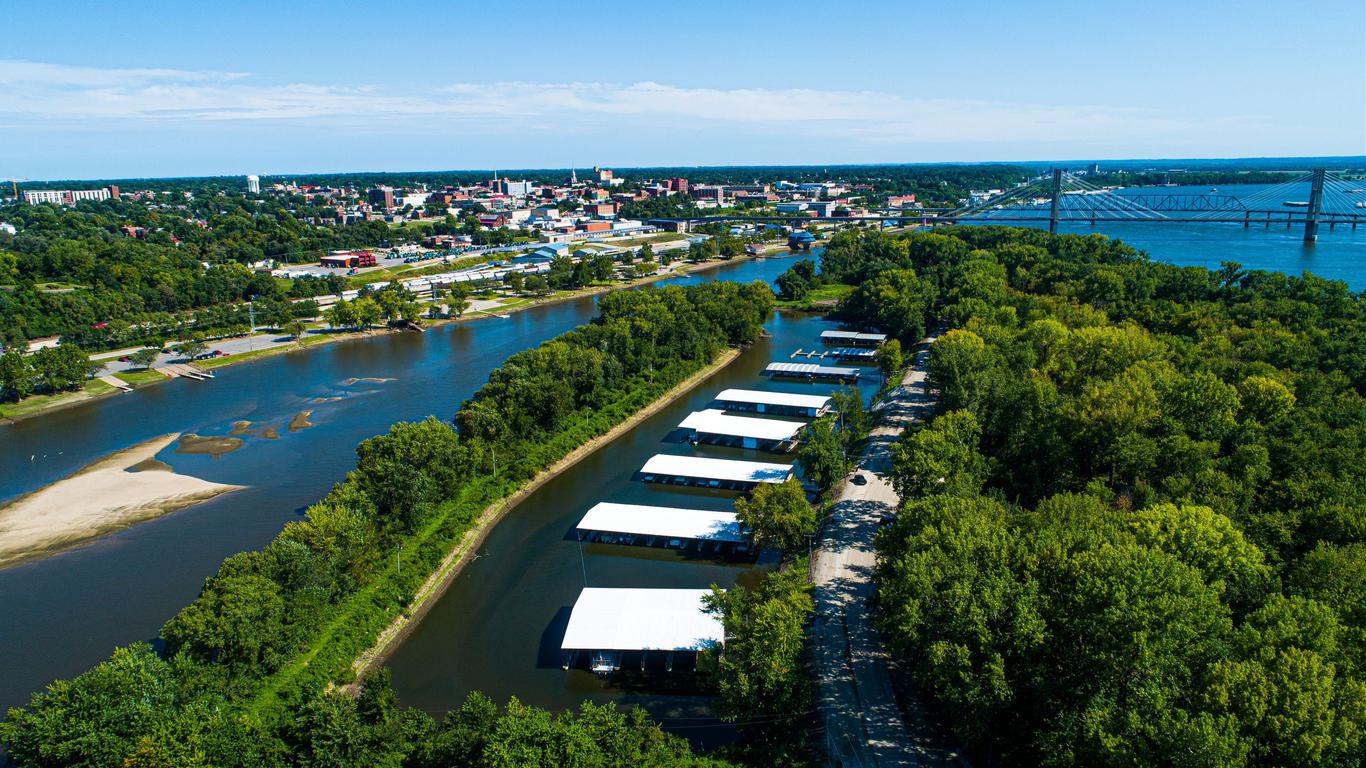 The bipartisan Infrastructure Investment and Jobs Act passed by Congress on Nov. 5 has $829.1 million in federal dollars aimed at expanding and improving seven locks at the most congested locations of the Mississippi River.

U.S. Rep. Cheri Bustos, D-Moline, said the Mississippi lock and dam system is a nearly 100-year-old “engineering marvel” that handles the transport of 60% of U.S. grain grown in the Midwest.

Built in the Great Depression era, the system is badly in need of major renovation to make it more efficient for Midwest farmers who rely on it, Bustos told The Center Square.

Bustos got the call letting her know about the funding and the project go-ahead from Mitch Landrieu, President Joe Biden’s infrastructure coordinator.

“I’d characterize Jan. 19 as one of the best days I’ve had in the five terms since I’ve been in Congress,” Bustos said.

Farmer Tim Maiers, executive director of the Upper Mississippi, Illinois and Missouri Rivers Association, told The Center Square that the renovation will make the Midwest’s link to the global supply chain much more efficient.

“It’s a crucial navigation piece for this country and it will really help our farmers be more competitive in the world,” he said.

The funding is part of the Navigation and Ecosystem Sustainability Program, Maiers said.

“In addition to construction, two billion will be used to help our ecosystems – improving the environmental aspects of our rivers,” he said. “So, we are happy about that.”

The spending is an investment that will create nearly 50 million person-hours of good paying construction jobs, Bustos said.

Nearly $830 million “is a huge pile of money but the return on investment will be even greater,” Bustos said. “In the long run it will save us so much money getting our agricultural products to market.”

The locks were originally designed for steamboats in the 1920s and 1930s, Bustos said. Today, massive barges the length of four football fields are used to ship grain and goods up and down the Mississippi.

Every time the barges go through a lock, they have to “decouple” or break up because the longest locks are only 600 feet long.

Decoupling takes a barge anywhere from 2.5 to five hours to get through every one of the locks. By extending the length of the locks and eliminating the need for decoupling, transit time will be cut down to 30 minutes.

“The old saying ‘time is money’ – that’s the best way I can demonstrate to you why this is so important to our family farmers,” Bustos said.