Please ensure Javascript is enabled for purposes of website accessibility Across the U.S., the Battle to Get Kids Back in School - THE CHICAGO HERALD Press "Enter" to skip to content

Home » Across the U.S., the Battle to Get Kids Back in School 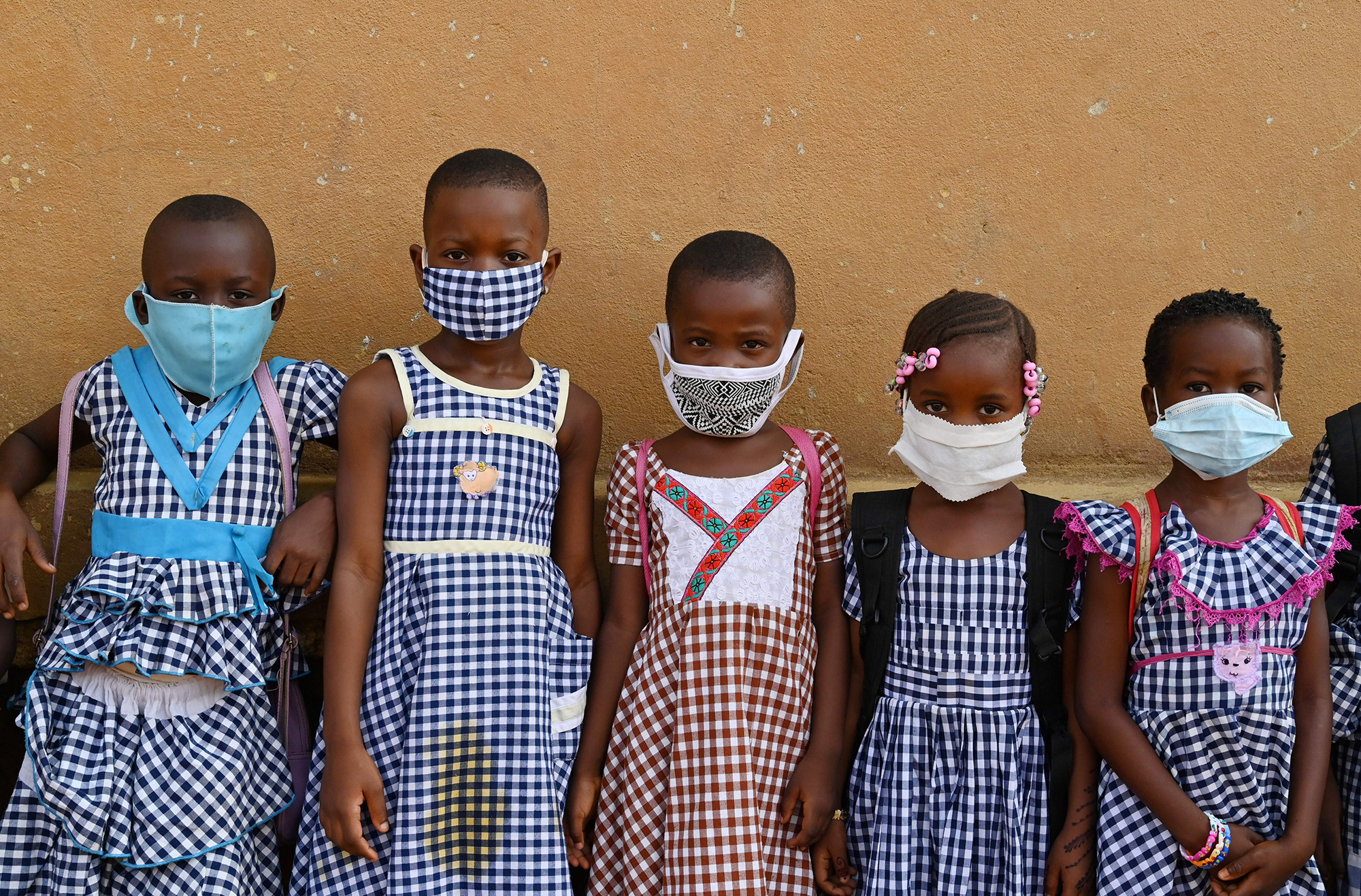 Across the U.S., the Battle to Get Kids Back in School

Chicago reached a deal with its teachers union this week to resume in-person instruction, ending a high-profile standoff over Covid-19 safety measures in the third largest school district in the United States. Negotiations between educators and city officials also progressed in San Francisco, where public schools have been closed for in-person instruction since March 2020, and city attorneys are continuing to pursue legal action against the school district to accelerate reopening.

With vaccination rates increasing across the country and the Centers for Disease Control and Prevention poised to release new guidelines for school Covid-19 safety, parents and policymakers will likely continue their scrutiny of school reopenings in the coming days.

According to Burbio, a data company tracking school closures across the U.S., more than 35 percent of K-12 students are currently in fully remote schools, and another 25 percent are in hybrid schools that combine in-person and remote instruction.

For months, advocates and experts have warned that school closures can strain families (especially mothers), harm children’s learning, cut off vital social services for vulnerable kids, and worsen mental health issues for students. Closures have also threatened to widen existing disparities, with most private schools continuing in-person instruction even as many public schools move to virtual schooling. But reopenings have faced stiff opposition from some concerned parents and, in particular, many teachers unions, which have often criticized officials for failing to offer educators sufficient Covid-19 protections, such as effective ventilation of classrooms and personal protective equipment.

The debate has sometimes flipped a familiar script, with conservative political figures accusing Democratic policymakers of disregarding the growing body of scientific evidence, which suggests that schools, by taking basic precautions, do little to drive community outbreaks of Covid-19 or expose children to serious risk.

So far, the United States’ growing vaccination effort has not resolved tensions. The country has around 3.2 million public school teachers, according to federal government data. While the U.S. is currently administering around 1.6 million Covid-19 vaccine doses per day, not many appear to be going to the country’s educators. A vaccine tracker maintained by Education Week, a nonprofit news site, shows that teachers are not yet eligible for vaccination in 20 states. In other states, they’re eligible only in some jurisdictions. Even where shots are available, securing an appointment can be challenging. In Tennessee, for example, teachers have reported driving hours to track down a shot.

Also in the News:

• Are America’s wealthy getting better access to Covid-19 vaccines than its poor? At STAT, investigative reporter Olivia Goldhill dug into the data and found that, in several locales, the answer appears to be a clear yes. In Connecticut, for instance, vaccination rates in the wealthiest counties were 65 percent higher than in the poorest counties. The wealthiest wards in Washington, D.C. were being vaccinated at more than twice the rate of the poorest ones. But not every state showed such startling inequity. Of the 10 states Goldhill analyzed, some, like Florida, New Jersey, and Mississippi, showed more modest gaps in vaccination rates between rich and poor counties; others, like Texas, Tennessee, New Mexico, and Pennsylvania, did not show a significant gap. Even in some places with more parity in terms of income, though, STAT’s reporting found that “racial disparities were still evident.” Some public health experts see the new data as dispiriting, amid concerns about the disproportionate toll that Covid-19 is already exacting on poor and marginalized communities. Inequity has been a feature of the pandemic since the start, Tekisha Dwan Everette, a member of Connecticut’s Covid-19 advisory task force, told STAT. “Instead of learning from that lesson, we’re recreating the privilege.” (STAT)

• On Tuesday, the World Health Organization announced findings from a much-anticipated trip to China: The coronavirus, according to a 14-member team of international scientists, probably did not originate in a Chinese lab. The more likely theory, the WHO team said, is that the virus spread from a bat to another unknown animal before it made its way into the human population. After tense negotiations over the trip, the researchers spent 12 days in China, visiting sites including the Wuhan Institute of Virology — a lab where scientists actively study coronaviruses that has been the subject of speculation over a possible accidental release of SARS-CoV-2, the virus that causes Covid-19 — and the Huanan Seafood Market, which saw early outbreaks of Covid-19 in December 2019. According to the Associated Press, the WHO team said that the lab was not a likely source of SARS-CoV-2 because “accidental releases are extremely rare and that the team’s review of the Wuhan institute’s lab operations indicated it would be hard for anything to escape from it.” Chinese officials welcomed the news, and The New York Times described the trip as a “public relations win” for the Chinese government. But the WHO’s report was met with some skepticism from experts and analysts, particularly because it suggested that a controversial alternative idea promoted by China is still plausible: that SARS-CoV-2 may have been imported to the country via frozen food. (The Associated Press)

• A coalition of science and civil rights organizations earlier this month asked Congress to investigate whether legal actions taken against scientists who collaborate with Chinese universities are an example of illegal racial profiling. A series of researcher arrests, begun under an official China Initiative launched by Donald Trump’s administration in 2018, have accused scientists at institutions ranging from Harvard University to NASA of concealing Chinese ties and money as part of a secretive information-harvesting program. (The NASA researcher pled guilty.) Although there is clear evidence that, in some cases, financial deception might be a legitimate issue, critics described the program, carried out by the U.S. Department of Justice, as based principally on decades of suspicion about Chinese motives, as well as a misunderstanding of how international research works. In a letter to U.S. Rep. Jamie Raskin, a Democrat who chairs the House Subcommittee on Civil Rights and Civil Liberties, a coalition of scientific organizations, advocacy groups, scholars, and individual advocates expressed concern about overreach by federal investigators. The letter urged Raskin to schedule a hearing “to address the racial profiling and investigations of scientists and scholars of Chinese or Asian descent.” (Science)

• On Monday, Facebook announced that it would begin removing a wider array of misinformation on vaccines and Covid-19 from all of its platforms. The range of content newly subject to moderation includes claims that the novel coronavirus “is man-made or manufactured”; that vaccines are not effective; and that getting Covid-19 is safer than receiving the vaccine for it. “As people around the world confront this unprecedented public health emergency,” the company explains on its website, “we want to make sure that our policies help to protect people from harmful content and new types of abuse related to Covid-19 and vaccines.” Facebook has not clarified if the policies will continue to be enforced after the pandemic ends, and some critics have raised concerns that the policy could stifle people’s ability to discuss new research. For example, Facebook will now remove assertions that an unapproved Covid-19 test could be successful, or that a verified test hasn’t been working. “Of course there are tests that are not yet approved that can detect Covid-19,” the sociologist and pandemic commentator Zeynep Tufecki wrote on Twitter. “Does Facebook think tests collapse into reality from their superimposed state the moment they are approved? If a test fails to detect a new variant for some reason, are we allowed to discuss that?” (The Verge)

• And finally: Known for its anti-itch creams and over-the-counter yeast infection treatments, Vagisil came under fire this week from some gynecologists over a new line of cleansers and serums marketed specifically toward teenagers. In describing its clementine and vanilla scented OMV! line of products as providing solutions for “period funk and bikini itch,” critics say Vagisil is perpetuating long-held stigmas about menstruation and girls’ normal bodily functions. In a series of tweets starting last week, Jen Gunter, an OB/GYN and author of “The Vagina Bible” who is often outspoken about vaginal health, called out the company for “preying on teens” and selling them unnecessary and potentially harmful products: “It’s a vulva, not a creamsicle,” Gunter posted on Sunday. Many other doctors agreed that using cleansers in the vagina or on the vulva can cause irritation and lead to infections. Vagisil has responded by the criticism by stating that they “are in no way shaming women or vulva/vaginas for how they look, smell, or anything else,” but rather providing teenagers who “worry about period hygiene and odors” and wish to use a cleanser with products formulated for them.

This article was originally published on Across the U.S., the Battle to Get Kids Back in School