Please ensure Javascript is enabled for purposes of website accessibility After a year of living with coronavirus, Indonesia is going backward - THE CHICAGO HERALD Press "Enter" to skip to content

Home » After a year of living with coronavirus, Indonesia is going backward 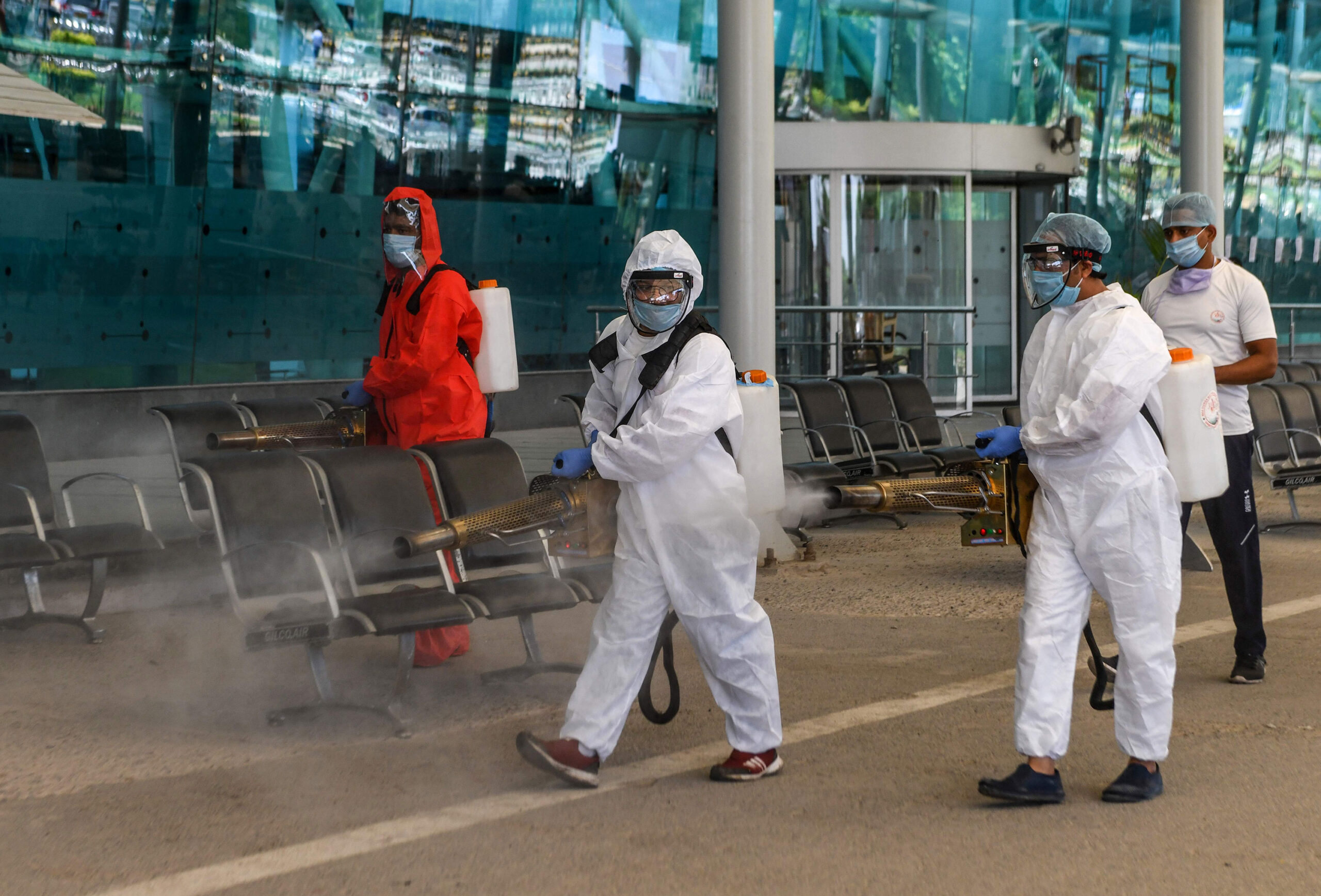 After a year of living with coronavirus, Indonesia is going backward

A year into the pandemic, Indonesia has made no significant progress in containing COVID-19 since President Joko “Jokowi” Widodo announced the first two cases on March 2 last year.

Since last October, the world’s fourth-most-populated country still reigns as the nation with the most COVID-19 cases and highest fatality rate in Southeast Asia.

Despite the government’s efforts to contain the virus, Indonesia is still trapped in an endless first wave. Indonesians are used to hearing a new record number of COVID-19 cases announced every single day.

Indonesia started rolling out its vaccination program with all its controversies in January. These range from targeting only people of productive age, thus putting more vulnerable older people at risk – a decision that the government then revoked – to giving vaccine shots to celebrities with massive social media followings.

Based on the estimated number of vaccinators, only five out of 34 provinces are expected to complete the program on schedule.

Another study indicates Indonesia will take 10 years to complete its vaccination program at the current pace.

Coinciding with its first pandemic anniversary on March 2, Indonesia’s Health Ministry announced it had detected two cases of a more transmissible COVID-19 variant in the country.

Failing to learn from its previous mistakes, the government has yet to issue any policy in response to the worrisome findings.

The Conversation Indonesia‘s latest analyses from various sectors indicate that after one year of living with the coronavirus, Indonesia is still in the very same spot, if not going backwards.

The damage that COVID-19 has done to Indonesia is enormous. The Conversation Indonesia has recorded at least five harmful results of the government’s poor policies during the pandemic.

Before the pandemic, Indonesia’s democracy was at its lowest point due to Jokowi’s various oligarchic policies. The pandemic has dragged it down further, with the government actions setting back civil rights freedom.

Jokowi has silenced many critics of his policies during the pandemic. Activists and media institutions that have been critical of the administration have experienced cyber attacks.

It is no surprise that the latest report from the Economist Intelligence Unit showed Indonesia’s democracy index dropped to 6.30 in 2020 from 6.48 a year earlier. The figure ranks Indonesia as a flawed democracy, just two categories above authoritarian.

The abrupt change to online learning to reduce COVID-19 transmission risks has been a shock to Indonesia’s education system.

Ensuring the smooth implementation of online learning in the archipelagic country with more than 17,000 islands is quite a challenge due to the lack of infrastructure and unequal access to technology.

Indonesia’s internet penetration is the lowest in Southeast Asia at 56%, and is only 31% in its most eastern island, Papua.

Teachers’ lack of technological skills has added another problem.

At least 60% of Indonesia’s teachers can’t use online learning technology. Due to the teachers’ limited skills, there is almost no interaction with students. The only interaction is when teachers hand out assignments via WhatsApp and short message services on their phones.

At risk of economic depression

If that happens, analysts have predicted economic recovery will take even longer than expected.

It is such an irony looking at how the Indonesian government has done pretty much everything to save the economy, including risking people’s lives, but to no avail.

The government’s prioritisation of the economy seems to be clear on paper, but it has been poorly implemented. For example, the distribution of the social assistance fund is still far below the target. Last year, the government managed to spend only 83% of the target.

Gloomy future for the youth

The bad news from the economy paints a gloomy future for Indonesian youth.

Before the pandemic, the proportion of young unemployed people (between 15 and 24 years old) in Indonesia was the second-highest in Southeast Asia at 17%. The slowing of the economy due to the pandemic will make it even harder for the young generation to enter the job market.

Even if they can secure a job, things won’t be easy. A 2012 study in Canada and the US showed graduates during recessions get lower salaries once they are hired. It would take them at least 10 years before their earnings match those of colleagues.

If the pandemic has a silver lining, it will come from the environment.

Temporary human confinement due to COVID-19 has been proven to reduce coral bleaching due to lower daily global carbon dioxide emissions. Coral bleaching happens when warmer sea temperatures drive out the coral’s algae, which have become the food resources for sea creatures in the ocean.

Less coral bleaching is good news in Indonesia as two-thirds of its territory is the ocean.

It seems a pause in economic and human activities to contain the spread of the virus has given the sea a chance to recover.

The world may enjoy lower carbon emissions during the pandemic. However, this will be short-lived if each government still does not commit to reducing its national carbon emissions.

Indonesia is one such country despite being one of the world’s largest emitters.

The need for good policies during the pandemic

From the multi-sectoral analyses above, it’s clear sound policymaking, reliable data-based evidence and research are critical. Without these elements, it is impossible for an administration to handle this COVID-19 pandemic better.

But could we count on Jokowi’s administration?

As we recalled at the beginning of the pandemic, instead of turning to science for answers, some of Jokowi’s ministers recommended prayers and traditional herbal drinks. Later on this administration preferred fixing the economy to taking care of the people, a decision that proved futile.

One year is enough time to learn from mistakes; it is time to move forward.

This article was originally posted on After a year of living with coronavirus, Indonesia is going backward