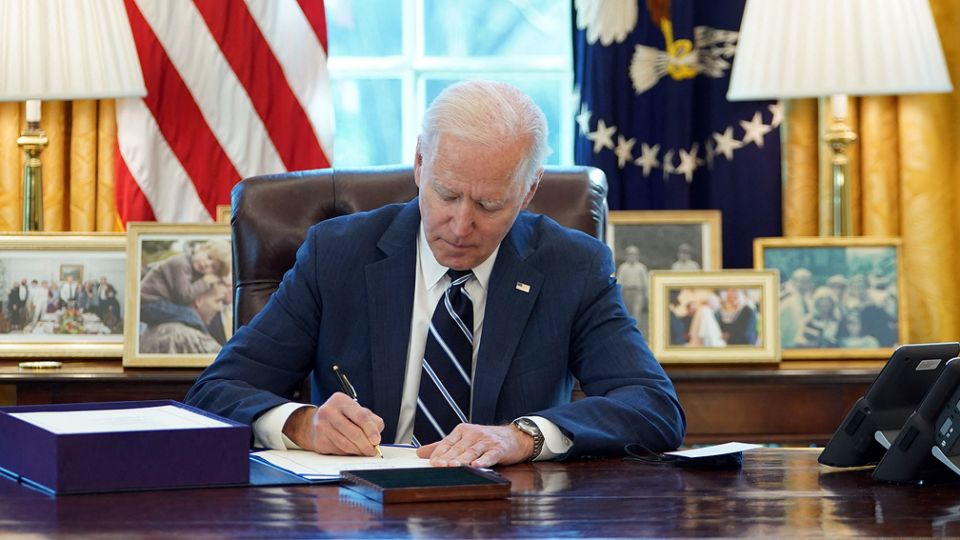 The American Rescue Plan Act – signed into law by President Joe Biden last week – provides funding to states that is 116 times greater than the total revenue decline they experienced in 2020, according to information compiled by the nonpartisan Tax Foundation.

States’ cumulative revenue last year was $1.7 billion less than in 2019, which the Tax Foundation says is an overall 0.2 percent decline.

The $1.9 trillion American Rescue Plan Act brings the total amount that the federal government has provided during the coronavirus pandemic to $6 trillion, or a little more than a quarter of the nation’s annual gross domestic product.

Of the total package, states will receive $195.3 billion in aid, according to each state’s share of the total number of unemployed Americans. Amendments passed in the Senate will make sure each state receives at minimum the mount it received under last year’s CARES Act. The Coronavirus Aid, Relief and Economic Security Act was a $2.2 trillion relief package signed into law by President Donald Trump in March 2020.

The American Rescue Plan Act sets aside an additional $130.2 billion for local governments. Cities will receive money based on the current formula for distributing Community Development Block Grants, while counties will get money based on population.

But as the Tax Foundation points out, local governments saw their revenues increase by $30 billion in 2020, primarily due to increased property values.

The remaining money will provide $20 billion for tribal governments and $4.5 billion to U.S. Territories.

Washington, D.C., which was allocated money under the CARES Act using the same formula as U.S. territories, will be treated as a state this time around. The American Rescue Plan Act also sets aside an additional $755 million for the District of Columbia – the extra amount it would have gotten under the CARES Act with a state designation – even though DC reported a $526 million budget surplus.

As Jared Walczak of the Tax Foundation wrote recently, the American Rescue Plan Act appears to be “a solution in search of a problem.”

In looking at some individual state numbers, Arkansas, for example, will receive aid payments that are 8,210% higher than its revenue decrease last year. The state budget had a $20 million shortfall compared to 2019, but will get more than $2.8 billion in combined relief payments.

The full list of state figures can be found here.