Home » And Then There Were Two: Biden, Sanders Debate With Coronavirus On Everyone’s Mind 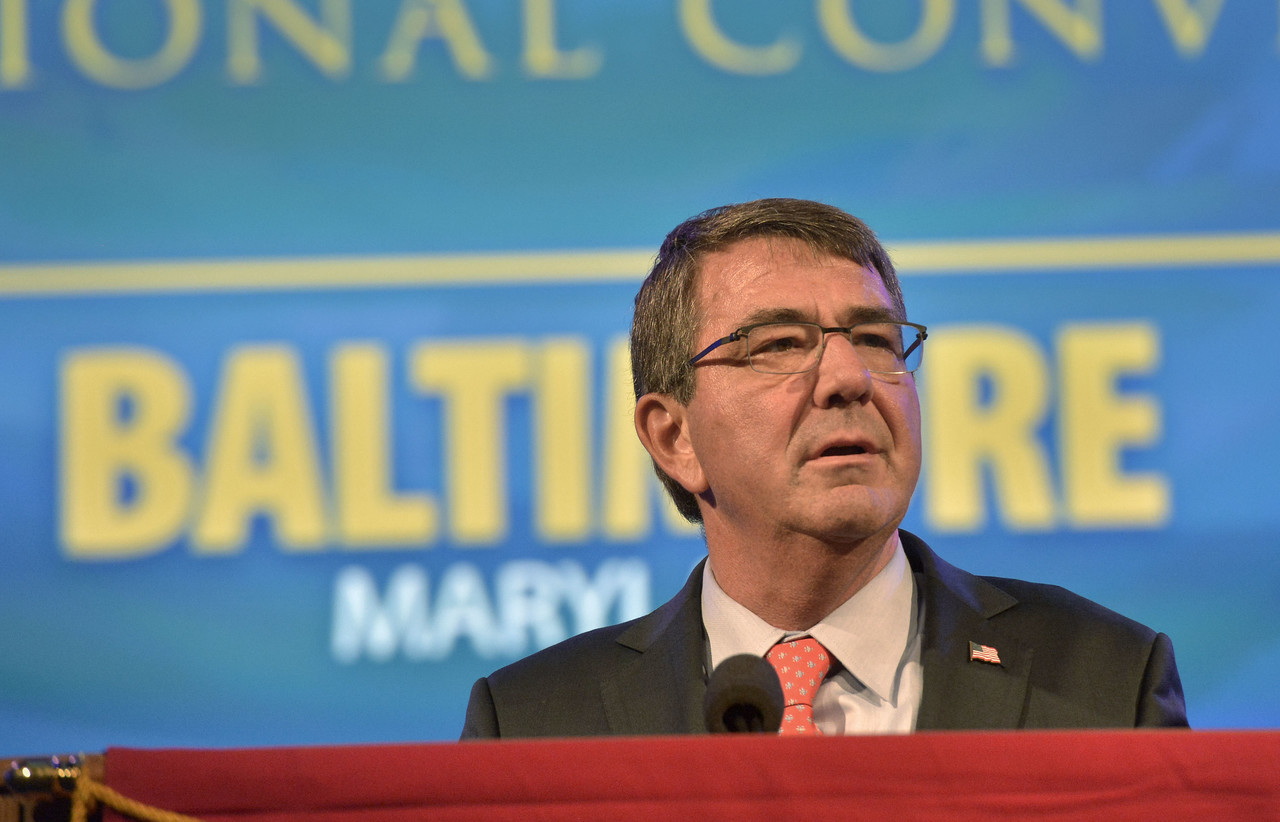 And Then There Were Two: Biden, Sanders Debate With Coronavirus On Everyone’s Mind

In the midst of a global health crisis that has disrupted daily life and heightened anxieties for millions of Americans, former Vice President Joe Biden and Vermont Sen. Bernie Sanders on Sunday urged people showing symptoms of the novel coronavirus to seek medical attention without fear of the cost.

But the remaining major Democratic candidates offered two starkly different images of leadership in a time of crisis. Biden insisted that the federal government should help pay consumers’ bills in this unusual time, while Sanders focused on how the coronavirus pandemic underscores the need to overhaul the health system.

“This is a crisis. We’re at war with a virus,” Biden said. “It has nothing to do with copays or anything.”

The debate came just two days before the primaries in Arizona, Florida, Illinois and Ohio, contests in which Biden is expected to do well. His commanding wins in several states have given Biden a dramatic lead in convention delegates over Sanders.

The 11th primary debate took place without an audience on a television set in Washington, D.C., after being moved from Phoenix because of concerns about the virus spreading within crowds. It looked remarkably different from any debate in recent memory, let alone the last debate less than three weeks ago, when seven presidential hopefuls stood on the stage.

Following the guidance of health officials urging people to practice “social distancing,” Biden and Sanders replaced the traditional handshake at the contest’s start with something like a forearm-bump. They then took positions standing at least 6 feet apart.

Because both are considered at high risk of COVID-19 due to their age and, in Sanders’ case, a recent heart attack, the candidates said they were avoiding handshakes and crowds, with Biden moving to virtual campaign events while Sanders said he had held a fireside chat instead of a recent rally.

Sanders said the pandemic had emphasized the need to care for the most vulnerable, especially low-income Americans who feared unaffordable medical bills, lost wages or even lost jobs. He said even a bill just passed by the House and endorsed by President Donald Trump to support American workers had “enormous loopholes,” presumably referencing the exemption of large employers from its paid sick leave requirements. He said he planned to take steps to fix that.

“Let’s be honest and understand that this coronavirus pandemic exposes the incredible weakness and dysfunctionality of our current health care system,” Sanders said, pushing his “Medicare for All” plan that would replace the current health insurance system with a government-run program.

Biden responded that Italy, which has been overwhelmed by the virus’s spread, has a single-payer system and was not prepared for the emergency. He said Sanders’ talk of coverage inequality was important but misplaced in a time of immediate crisis.

Biden also criticized the Trump administration’s scattershot approach, pushing his own experience with the widespread Ebola outbreak in 2014 as part of the Obama administration.

The response, he said, “should be directed from the White House, from the Situation Room, laying out in detail like we did in the Ebola crisis, and we beat it.”

On points like this, the candidates went into greater detail:

Using The Military To Aid In the Coronavirus Response

“They did it in the Ebola crisis. They have done it. They have the capacity to build 500-bed hospitals and tents that are completely safe and secure and provide the help to get it done to this overflow.” — Former Vice President Joe Biden

Biden is right that the military added to hospital capacity during previous epidemics, but it’s not clear they were as large or as effective as he said they were.

We asked the Biden campaign for details but didn’t hear back. But there are a couple of potential past examples.

First, the Ebola crisis. While Biden was vice president, the U.S. military helped increase the capacity for treatment in Liberia. According to a 2014 White House press release, American efforts to curb the spread of the disease included “build[ing] additional Ebola Treatment Units in affected areas,” “establish[ing] a site to train up to 500 health care providers per week” and sending a “field-deployable hospital to Liberia.”

But it’s also important to note that the efficacy was limited, especially regarding the treatment units. An April 2015 New York Times report found that of the 11 Ebola treatment units the military built, nine had never treated a single patient with the disease. In total, they had treated only 28 patients.

It’s unclear, though, whether the Ebola units are the same as these 500-person tents Biden was referencing. We checked his campaign’s coronavirus plan. It does allude to deploying another existing resource: “multi-hundred-bed temporary hospitals” known as Federal Medical Stations.

These stations have been used in previous public health crises, including countless hurricanes over the past 15 years. They are, according to the Centers for Disease Control and Prevention, an important resource in building the health system’s holding capacity, especially in times of such difficulty.

Biden’s numbers are off, though. These temporary medical facilities can house between 50 and 250 patients and are treated as a stopgap when hospitals overflow. They can provide low-acuity care and other support. But that’s far short of 500-bed hospital equivalents.

Another Take On The Health System’s Capacity

“We have a lack of medical personnel. And I worry very much that if there is a peak, whether we have the capability of dealing with hundreds of thousands of people who may be in hospitals.” — Sen. Bernie Sanders

Sanders is clearly not the only one to worry — and the facts are on his side. Public health experts are sounding the alarm that if the virus infects people quickly, and enough of patients show symptoms, the system will be overwhelmed.

In a March 12 op-ed in The New York Times, health policy experts pointed out that the nation has insufficient hospital beds, even if only 5% of the country contracts the illness. The authors — Ezekiel J. Emanuel at the University of Pennsylvania, James Phillips of George Washington University Hospital and Govind Persad at the University of Denver — specifically pointed to worries about “shortages of medical staff and equipment.”

Those worries are widespread. In New York state, Gov. Andrew Cuomo has suggested temporarily halting elective surgeries and re-certifying retired doctors and nurses. And if the virus afflicts health care workers, too, that would further constrain the system’s capacity.

Put simply, “we do not have anywhere near capacity to take care of tens of thousands of people with [COVID-19] who might need hospitalization,” Dr. Ashish Jha, a health policy researcher at Harvard University, recently told WBUR, the local NPR station.

A February report put out by researchers at Johns Hopkins University tallied a total of 46,500 intensive care unit beds across the entire United States. If the virus spreads at a moderate pace, the researchers estimated, 200,000 Americans would ultimately need ICU beds. A separate Hopkins report found only 160,000 ventilators in the country — enough for a moderate outbreak, but not enough if it spirals into something worse.

Not all those beds would necessarily be needed at once, of course. But that’s still a lot more sick people than beds — especially when you consider that many ICU beds are already in use for people with other medical conditions, such as the flu.

While coronavirus dominated much of the debate, Biden and Sanders also made claims about their support for reproductive rights.

Biden did earn 100% ratings from NARAL, the abortion-rights group, four times during his final years in Congress, but his framing in the debate left out several ratings that were much lower.

In other years, however, Biden’s ratings from NARAL were significantly lower.

It was only in 2019 that Biden backed off his long-standing support for the Hyde Amendment, which bans the use of federal funds to pay for abortions. In 1994, for instance, Biden wrote to constituents that he had “on no fewer than 50 occasions” voted against federal funding for abortions. “Those of us who are opposed to abortions should not be compelled to pay for them,” he wrote, according to NBC News.

Sanders, for his part, has earned a 100% rating from the group consistently, going back to 1996.

“I have been consistent [on the Hyde Amendment]. I have always believed in that.” — Sanders

This is Half True. Sanders has a point that he has consistently voted in favor of abortion rights when it comes to stand-alone votes on the Hyde Amendment. The amendment is a long-standing measure that bars federal dollars from being used to pay for most abortions.

But when broad spending packages that include a version of the amendment have come up, Sanders has voted to send them through numerous times. The amendment’s language is often plugged into the annual bills that fund the Department of Health and Human Services.

CNN’s Dana Bash, a moderator of the March 15 debate, asked Sanders about his voting for broad spending bills in June. He said that sometimes, “in a large bill, you have to vote for things you don’t like. But I think my record as being literally 100% pro-choice is absolutely correct.”

Published in Health, Politics and Right side appearance