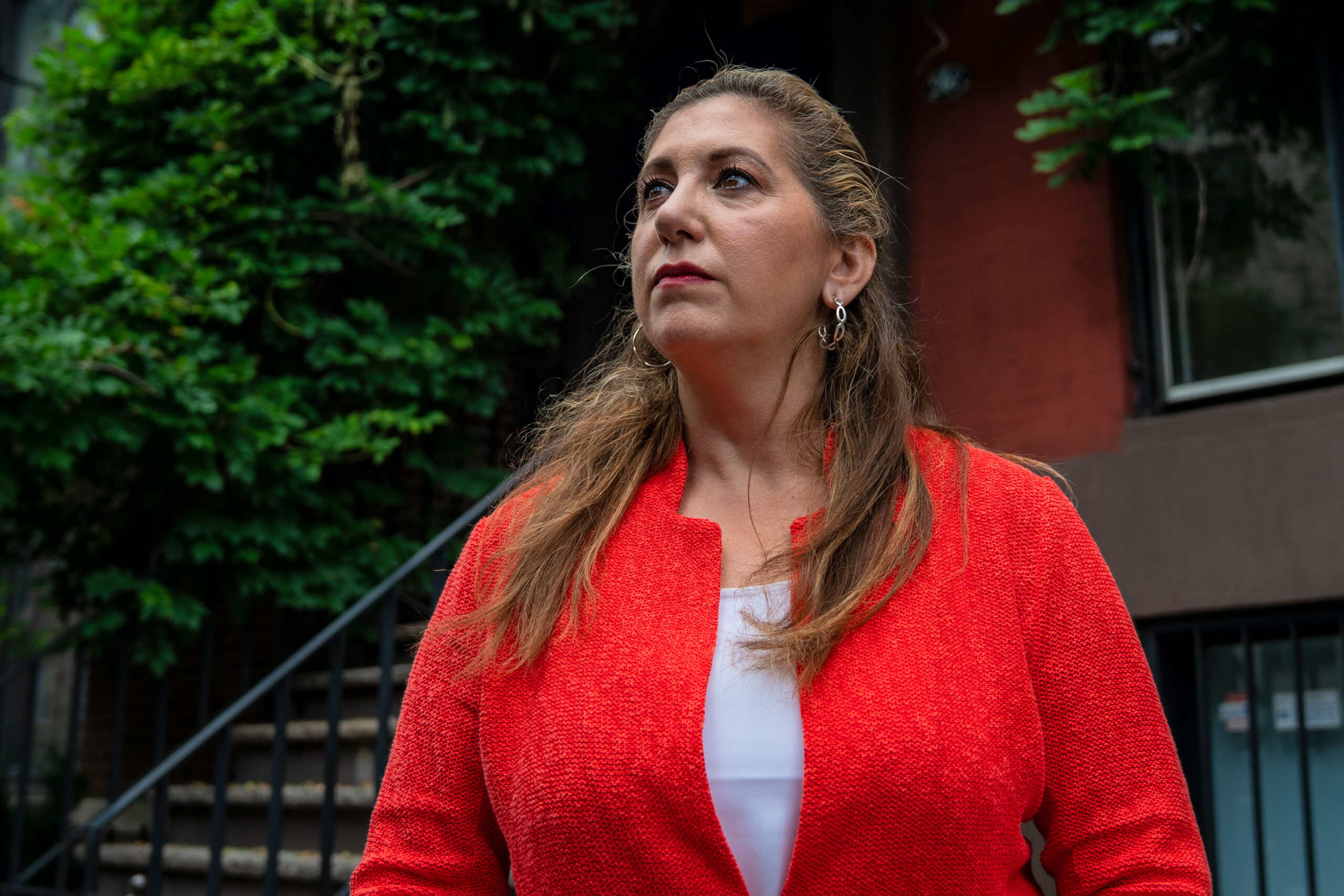 The New York Criminal Bar Association cited accusations of prosecutorial misconduct leveled against Florence last year shortly before she stepped down as head of Manhattan DA Cyrus Vance’s construction task force, resigned from her job and began running to become his successor.

“While the NYCBA does not typically comment on candidates running for district attorney, we have concerns about the character and fitness of one of the eight candidates for that office, Diana Florence,” the group said in a statement.

Florence tweeted a statement in response, “I won’t stand for this sexism meant to protect the concierge system of justice perpetuated by the current district attorney.”

She wrote that she’d refused the group’s request to submit to an interview to explain her handling of a high-profile construction bribery case in which she was accused of withholding damaging information about her star prosecution witness.

Florence, one of six women running in the June 22 primary for the top prosecutor post, noted she had been singled out as the only candidate to face such an inquisition.

“I will not stand for this sexism and I will not give the NYCBA a platform for their kangaroo court,” she tweeted.

Asked to respond to the specific concerns cited by the NYCBA, Florence referred THE CITY to her statements on Twitter.

A Tale of the Tape

The 50-year-old NYCBA represents hundreds of criminal defense lawyers with clients across the city. A larger lawyer group, the New York City Bar Association, has yet to weigh in on the Manhattan DA’s race but expects to release its assessment on whether individual candidates are qualified shortly before the primary.

In its statement, the NYCBA took issue with Florence’s handling of one of the construction task force’s biggest cases, unsealed in April 2018, charging several firms with bribing a city inspector to approve their real estate projects.

The case resulted in some defendants pleading guilty, one defendant convicted in a non-jury trial and millions of dollars in restitution levied against the firms.

But in late 2019, Florence revealed the existence of a 38-minute tape of her star witness insisting under oath that he’d bribed no one. She also turned over thousands of previously unrevealed emails.

Prosecutors are obligated by law to share all evidence in their possession, including any information that supports a defendant’s claim of innocence.

Vance opened an investigation into how the cases were handled, and judges tossed out all charges filed against the defendant convicted at trial and another who was about to go on trial. One judge labeled the last-minute disclosure in the pending case “staggering.”

Two other defendants who’d already pleaded guilty and were serving time were released and have moved to set aside their convictions. Vance also agreed to greatly reduce the amount of restitution the defendant firms were expected to pay.

In its statement on Florence’s DA candidacy, the NYCBA asserted that the damning tape she neglected to turn over to multiple defendants “would have served as a centerpiece of the defense’s assertion that their client committed no crime.”

“Whether Ms. Florence’s actions were deliberate or the result as she has sometimes claimed of her neglect, neither explanation inspires confidence,” the statement continued. “Failures by prosecutors to timely disclose exculpatory and impeaching information to the accused have led to far too many wrongful convictions.”

The allegations of misconduct were first reported early last year by THE CITY.

In her response to the NYCBA’s statement, Florence noted “media reports” regarding what she termed “an inadvertent mistake I made in discovery, turning over some but not all statements made by a cooperator in a complex, multi-defendant bribery case, as well as other discovery that was disclosed later than it should have been.”

“As soon as I became aware of the mistake, I took full responsibility and took steps to correct it,” she contended.

During her campaign for Manhattan DA, Florence has repeatedly said in candidate forums that she resigned from the office because Vance had killed a prosecution she was about to present to a grand jury targeting corrupt landlords.

On Tuesday, Danny Frost, a spokesperson for Vance, said this was not true.

Frost said in 2019 Florence was called into her supervisor’s office and cited for insubordination and “creating a toxic work environment.” She was placed on a one-year performance improvement plan, and resigned on Jan. 21, 2020 — the day she was to receive her evaluation.

He also noted that regarding the landlord case she cites in candidate forums, the DA’s office determined she hadn’t drafted a prosecution memo outlining the case as required. After Florence resigned, the office “was unable to locate any investigative notes or even a draft investigative plan listing subjects, witnesses, evidence and proposed charges,” Frost said.

“Although our office does not typically comment on personnel matters, we are compelled to defend our attorneys against the false accusations that Ms. Florence has made publicly,” he added.

In her resignation letter, which THE CITY revealed last March, Florence wrote that she faced “bullying” and a “hostile work environment,” charging that her construction task force was unfairly “stripped” of resources.

She began what she called her “dream job of a lifetime” in the DA’s office in 1995 under Robert Morgenthau. He was succeeded in 2010 by Vance, who announced earlier this year that he wouldn’t seek re-election.

Vance, who has come under criticism for not initially prosecuting predatory media mogul Harvey Weinstein in 2015, is currently leading an investigation into the former President Donald Trump’s business that is expected to stretch past the DA’s term, which ends Dec. 31.