Home » Battles over book bans reflect conflicts from the 1980s 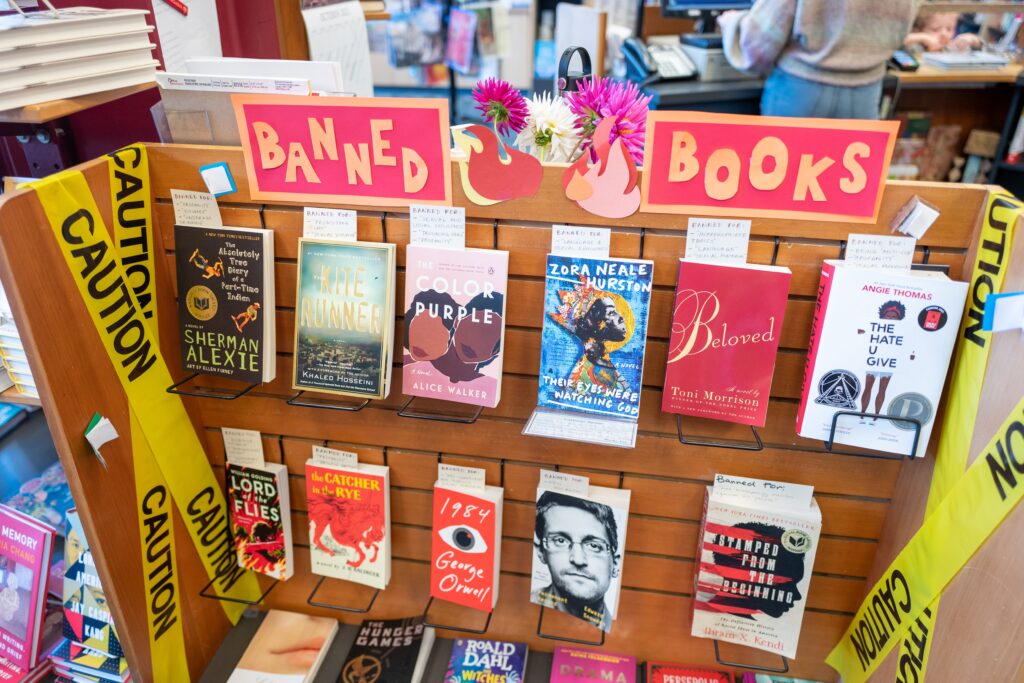 Battles over book bans reflect conflicts from the 1980s

A conservative leader found fault with how “respect for our nation’s heritage” had been mostly stripped from the textbooks of public schools.

“From kindergarten right through the total school system, it almost seems as if classroom textbooks are designed to negate what philosophies previously had been taught,” the conservative leader lamented. “[M]any textbooks are actually perverting the minds of literally millions of students.”

A teachers organization shot back, saying the underlying motive for some attacks against books has “unquestionably been racial.”

This might sound like a back-and-forth from recent debates over removing books from school classrooms and libraries. Often, critical race theory – an academic framework for understanding racism – has been at the center of these debates. But in reality, both quotes are more than 40 years old.

The first quote came from a 1981 book by the Rev. Jerry Falwell titled “Listen, America!” Falwell, founder of the Moral Majority, was one of the leaders of the book-banning efforts of the 1980s. It was during this period – with Ronald Reagan in the White House – that Christian fundamentalists became a growing influence in conservative American politics.

The second quote comes from a 1981 publication of the National Council of Teachers of English, “The Students’ Right to Read.” The council was one of the major groups opposing Falwell and other conservatives.

The attacks on books in the 1980s bear similarities to the current attacks. Both object to the critical teaching about race and racism, historical as well as contemporary. Both accuse schools of tearing down America and weakening patriotism. Both object to teaching about gender roles, sexual orientation and alternative models of the family. Conservative institutions like the Heritage Foundation have been involved in both periods.

There are also important differences between the two periods. The 1980s bogeyman was secular humanism, because it argued that human beings can define their own morality without the use of religion. Falwell and others claimed that public schools were anti-Christian because they taught students that they didn’t have to use the Bible as a standard for right and wrong. Chaos would result, the Christian fundamentalists asserted, if everyone had to determine their own morality.

In a way reminiscent of the so-called Scopes Monkey Trial in 1925, conservatives objected to the teaching of evolution as a fact, rather than a theory. Instead, they wanted biology textbooks to give equal space to the so-called scientific theory of creationism, which holds that God created the universe.

Right-wing critics have made a number of erroneous allegations about critical race theory: that it is taught in public schools; that it is Marxist; that it is intended to make whites feel guilty; and more. The Heritage Foundation has published “How to Identify Critical Race Theory” as a guide to help parents evaluate books and curricula by looking for words like “systemic racism,” “white privilege” and “social construction or race.”

In fact, these concepts predated critical race theory, which came on the scene in the late 1970s and 1980s. Activist Stokely Carmichael – also known as Kwame Ture – and political scientist Charles V. Hamilton discussed institutional racism in “Black Power: The Politics of Liberation in America” in 1967. “Institutional racism” and “structural racism” are very similar to “systemic racism.”

“White privilege” was discussed by W.E.B. Du Bois in the early 20th century and by civil rights activists in the 1950s and 1960s. Another term associated with critical race theory, “the social construction of race,” was used by anthropologists like Franz Boas back in the 1950s.

Critical race theorists took these and other concepts, reinterpreted them and applied them to the American legal system. Scholars in education have done the same in trying to understand education as an institution. After 40-plus years of teaching and writing about race and diversity, I know that it is impossible to accurately discuss American racial conflict without using these concepts. But that’s what many lawmakers would have American educators do.

According to a Pen America report, a nonprofit that advocates for freedom of expression in literature, 156 “educational gag order” bills in 39 states have been introduced since January 2021. Twelve have become law in 10 states, and 113 are pending in 35 states. As of March 2022, at least seven states specifically ban the teaching of critical race theory. “Cumulatively,” says the Pen report, “they represent a national assault on our education system, censoring both what teachers can say and what students may learn.”

Of course, some white students – and other students, too, for that matter – will feel uncomfortable upon learning not only about the history of American racism but also its present manifestations. Reality is sometimes uncomfortable.

That’s where good teaching comes in. Good teaching means taking the students’ age into account. It also means being supportive of students who may feel uncomfortable or guilty about certain events in American history.

I always tell students: “You are not responsible for what happened in the past. You are responsible to decide what you plan to do in the present and the future.”