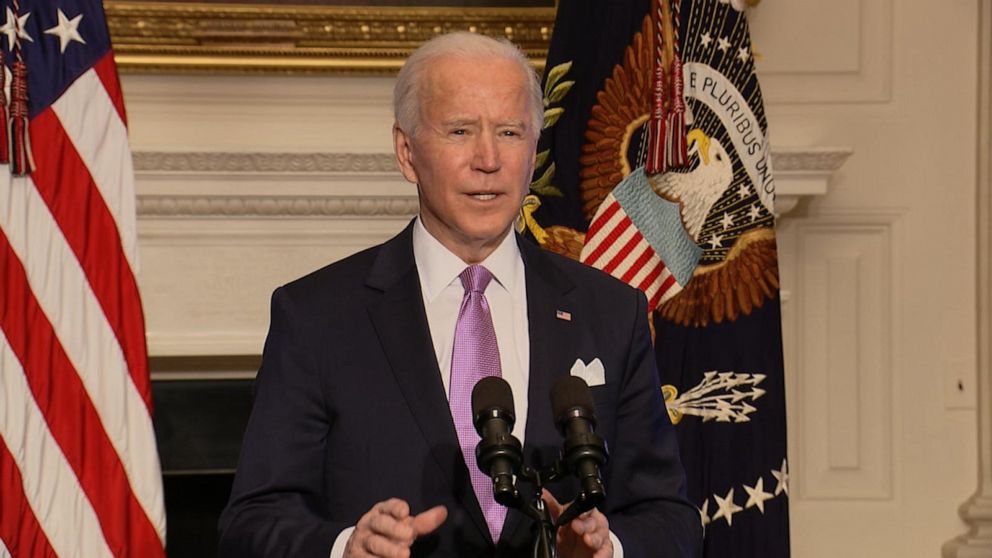 Biden pledges to remove U.S. troops from Afghanistan by Sept. 11

President Joe Biden vowed Wednesday to remove U.S. troop presence from Afghanistan this year, a decision that sparked praise from some and warnings from others concerned the nation could fall into disarray.

Biden gave an address Wednesday defending his decision to have troops out of Afghanistan by Sept. 11 of this year, the 20th anniversary of the attacks that led to the war on terror.

“We cannot continue the cycle of extending or expanding our military presence in Afghanistan hoping to create the ideal conditions for our withdrawal and expecting a different result,” Biden said.

The September pledge extended former President Donald Trump’s previously set withdrawal date of May 1. Trump’s choice of a May 2021 withdrawal date pushed the issue past the election, and in this case, into another president’s lap. There are currently 2,500 troops in Afghanistan.

“I’m now the fourth United States president to preside over an American troop presence in Afghanistan,” Biden said. “Two Republicans. Two Democrats. I will not pass this responsibility onto a fifth.”

Critics on both sides of the aisle argue the removal of U.S. troops will open the country up to more violence and the resurgence of terrorist-backing groups.

“I have long called for a responsible end to the war in Afghanistan, but for doing so in a manner that keeps Americans safe,” said the ranking member of the Senate Foreign Relations Committee, U.S. Sen. Jim Risch, R-Idaho. “A rushed and political decision to withdraw without consideration of our counterterrorism priorities will allow Afghanistan to serve as a future platform for terrorist attacks against the United States and our partners.

“We cannot trust the Taliban with America’s security – it has failed to meet any of its commitments in the deal reached last year to reduce U.S. troops in exchange for Taliban counterterrorism guarantees,” he added.

Supporters of Biden’s decision say there are non-military means to keep the country stable.

Biden received praise from Democrats for his decision.

“I applaud President Biden for making the brave and right decision to withdraw U.S. troops from Afghanistan and bring an end to the longest war in our country’s history,” Sen. Bernie Sanders, D-Vt., said on Twitter.

Biden also called Afghanistan President Ashraf Ghani Wednesday in light of the announcement. The two leaders discussed the removal of U.S. troops and the need for peace going forward.

“They discussed their continued commitment to a strong bilateral partnership following the departure of U.S. troops from Afghanistan and affirmed shared respect and gratitude for the sacrifices made by American forces, alongside NATO allies and operational partners, as well as by the Afghan people and Afghan service members over the past two decades,” the White House said in a statement.

This article was originally posted on Biden pledges to remove U.S. troops from Afghanistan by Sept. 11