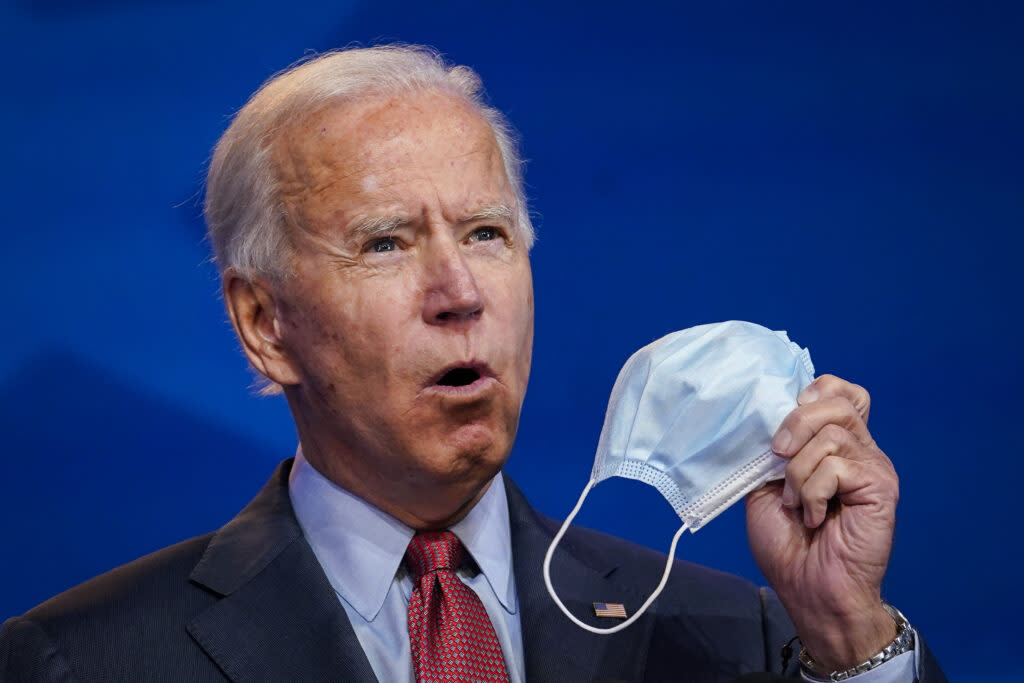 President Joe Biden’s vaccine mandates have been rejected time and again in the federal court system, leaving limited chances for their survival. At the same time, polling shows Americans are steadily losing confidence in Biden’s handling of the pandemic as well as his presidency overall.

Biden enacted three vaccine mandates in September that have all been shut down by the judicial branch. Biden announced via executive action mandates for most health care workers, a second for federal contractors, and a third for private sector workers at companies with at least 100 employees.

All three were stopped by judges who called them examples of significant executive overreach.

“We’ve seen two consistent patterns in the past few months: the Biden Administration announcing extraordinarily aggressive new mandates intruding into the private decisions of businesses and citizens, and courts striking them down as illegal,” said Daniel Suhr, managing attorney at the Liberty Justice Center, which has represented clients challenging Biden’s vaccine mandates. “While we expect ultimately one or more of these cases will reach the United States Supreme Court for final resolution, the unanimity of the lower courts and the Supreme Court’s prior decision on the CDC’s eviction moratorium this summer show why these mandates must fall.

“There’s a reason the President’s new package of COVID measures last week did not include any new mandates,” he added.

“The Court acknowledges the tragic toll that the COVID-19 pandemic has wrought throughout the nation and the globe,” Baker wrote. “However, even in times of crisis this Court must preserve the rule of law and ensure that all branches of government act within the bounds of their constitutionally granted authorities.”

Critics of the mandate called it federal overreach and a “gross abuse of power.”

“I’ve heard from federal contractors and their employees across the state who were worried they’d be forced to get a vaccine they don’t want. Just because a company happens to contract with the federal government does not mean its workers lose their rights,” Montana Attorney General Austin Knudsen said. “The vaccine mandates are a gross abuse of power – and now three of them are blocked in Montana. I’ll continue to fight President Biden’s unlawful mandates and protect Montanans’ rights.”

Biden’s mandate on most health care workers was blocked in court as well.

“There is no question that mandating a vaccine to 10.3 million health care workers is something that should be done by Congress, not a government agency,” U.S. District Judge Terry Doughty in Louisiana wrote. “It is not clear that even an act of Congress mandating a vaccine would be constitutional.”

Biden also enacted a vaccine mandate that required private companies with more than 99 employees ensure their workers take the vaccine or face weekly testing. If employers did not comply, they would face major fines.

The Fifth U.S. Circuit Court of Appeals in New Orleans shot down that mandate.

“The Mandate threatens to substantially burden the liberty interests of reluctant individual recipients put to a choice between their job(s) and their jab(s),” the panel wrote.

The Biden administration has said it will continue to fight for the mandates, urging businesses to obey the private sector mandate even though they are no longer legally obligated to do so. These cases could go all the way to the Supreme Court.

“Our message to businesses right now is to move forward with measures that will make their workplaces safer and protect their workforces from COVID-19,” White House Press Secretary Jen Psaki told reporters. “That was our message after the first stay issued by the Fifth Circuit. That remains our message and nothing has changed.”

Meanwhile, Biden’s poll numbers on COVID-19 have steadily declined. FiveThirtyEight’s analysis of the data shows that when Biden took office, 69% of Americans approved of his response to the coronavirus.

Notably, Biden pledged to beat the virus on the campaign trail and made combating it a central tenet of his bid for the White House.

By mid-July, Biden had dropped below 60% favorability on the issue. Biden began issuing more mandates, and his approval dropped even more. The latest compilation of polling data from FiveThirtyEight shows only 47.4% of Americans approve of Biden’s response to the virus, with 44.5% disapproving.

Some of this poll data, though, does not take into account the recent Omicron variant and Biden’s response. A recent Rasmussen poll, taken after the emergence of the Omicron variant, puts Biden at only 42% approval on his handling of the virus, with 55% disapproving.

“Most voters now disapprove of President Joe Biden’s handling of the COVID-19 pandemic, saying he broke the promise he made during the campaign last year to ‘shut down the virus,’” Rasmussen said.