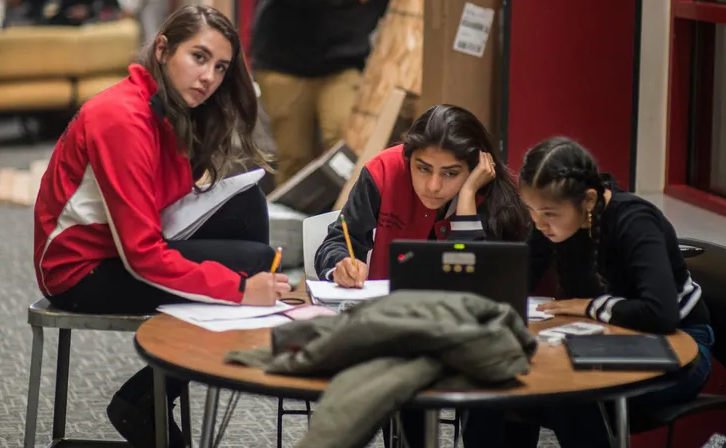 A bill introduced in the Colorado legislature would grant school districts broad discretion to turn down charter school applications if opening a new school would negatively affect long-range plans, enrollment, or district finances.

If successful, the change would represent a major shift in the balance of power between school districts and charter schools in a state with some of the most charter-friendly policies in the nation.

“Despite where it might feel like this sits in these old arguments between district and charter schools, the reason I brought this bill is that we as school districts are approaching harder times, and we’re trying to figure out how we can plan and support all our schools, including our charter schools,” Bacon said.

But advocates for charter schools say the legislation would make it virtually impossible for schools to successfully appeal a denial.

“The provisions are so sweeping and broad that you could justify almost anything,” said Dan Schaller of the Colorado League of Charter Schools. “This would be tipping the scales in a dramatic fashion.”

Charter schools are publicly funded but independently run schools. They can be authorized by a local school district or through the state Charter School Institute. Colorado charter schools range from robust networks like DSST or Colorado Early Colleges to single-site schools that address specific needs, such as providing a public Montessori option or serving students in recovery from addiction.

In their applications, charter schools have to describe their educational and financial plans and show that there is sufficient parent and student interest. If a school board turns down a charter application, the school can appeal to the State Board of Education, a separately elected body that can order school districts to reconsider their decisions.

Current law doesn’t explicitly limit the reasons that school boards can turn down charter applications, but State Board of Education decisions have led most people to interpret the law to mean that school districts can’t base a denial primarily on how the opening of a new school would affect the rest of the district, such as by attracting students who would otherwise attend district schools or taking per-pupil dollars that would otherwise go to district schools.

Instead, the legal advice given to school boards is that denials should be based on concerns about the charter school’s educational programming or financial viability.

“Charters advocate for themselves and that’s cool, but we at a district level have to figure out how to balance an entire landscape,” Bacon said. “School districts are counseled that if you have to go to the State Board, all you can talk about is quality of plan.”

Out of 193 charter appeals since 2000, the State Board of Education has upheld district decisions 64 times and sent them back for reconsideration 62 times, including recently in an appeal by DSST of a Denver school board decision. On just 15 occasions has the State Board established a charter school against school board wishes on a second appeal, and just five times the State Board has overruled a decision to revoke a charter. In other cases, the parties reached a settlement or the appeal was dismissed on technical grounds.

That track record leads people like Schaller to ask: What is the problem we’re trying to solve?

But Bacon said the issue isn’t whether the State Board is biased in favor of charter schools. She said school board members feel constrained in how they vote on charter applications and will approve schools out of fear of losing an appeal.

Charter schools already have the burden of proof for appeals in current law, but the bill would make it explicit that school boards could consider the impact of new schools on district enrollment, district finances, or an overall strategic plan in denying a charter application.

As written, the bill would apply to both new schools and renewals, but Bacon said she plans to bring an amendment that the bill would only apply to new schools. She doesn’t want existing charter schools to feel threatened, and districts already have leverage over existing schools because those schools have to comply with a set of agreements they made with the district.

Bacon said the stakes are high. Many districts in the metro area, including Denver, Jefferson County, and Aurora, face difficult decisions around small schools and school closure, even as charter schools are also closing or consolidating due to low enrollment. Opening new schools in that environment makes it even harder to ensure existing schools have nurses, counselors, and other basic services, she said.

Charter schools have long enjoyed bipartisan support at the Capitol, and the National Alliance for Public Charter Schools frequently ranks Colorado No. 2 in the nation for its charter-friendly policies. Gov. Jared Polis is himself a founder of two charter schools. Past efforts to change the appeals process or give school boards more authority haven’t gotten traction.

This bill has a long list of Democratic co-sponsors, potentially giving it a boost in a legislature where Democrats control both chambers, but also a long list of organizations opposing it, including Democrats for Education Reform, the Colorado Children’s Campaign, and Stand for Children.

The State Board of Education voted last week to oppose the bill. State Board member Rebecca McClellan said she has frequently sided with districts in the appeals process, but the bill would block high-quality charter operators who may be meeting a community need.

“The conditions are so broad that no charter operator could count on access to an appeals process,” she said. “The likelihood of conflict with the local board’s existing long-term plans is a condition a district could preplan.”