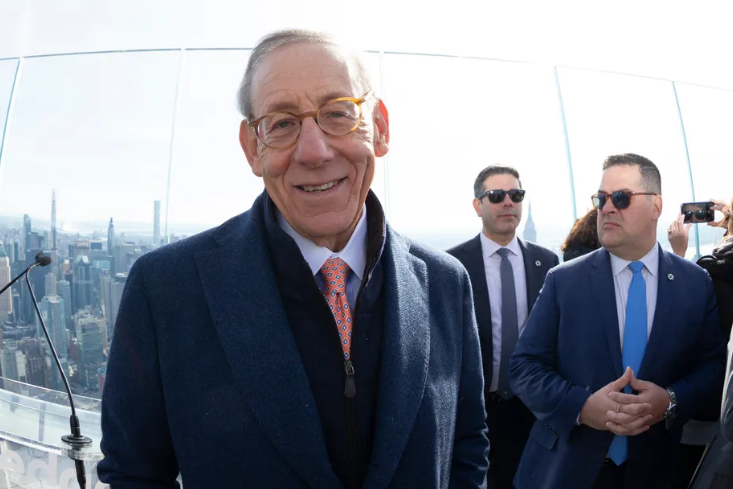 The billionaire Manhattan developer behind Hudson Yards has cut the first check for an effort aimed at boosting Democratic voter turnout in the June mayoral primary.

Stephen Ross, CEO of the real estate firm Related Companies, gave $500,000 last week to a new super PAC known as Vote for NYC’s Future, state Board of Elections records show. That marks the PAC’s first — and so far only — contribution.

Ross seeks to raise tens of millions of dollars, The New York Times reported last month, to spur voter turnout in the city’s Democratic primary, a contest that will likely decide the outcome of the mayoral race.

For Ross and other real estate and business leaders, New York City’s future rests on whether its economy can bounce back from the pandemic-induced recession. Ross has said doing business in New York is too expensive, under what he called “bad leadership.”

Last summer, Ross said he wanted City Hall to be led by someone “not named de Blasio” — invoking the name of a mayor who has often railed against big business.

A spokesperson for Ross declined to comment. Although he hasn’t publicly backed any one mayoral candidate yet, Ross previously said he wants “moderate thinking, pro-growth, and pro-job Democrats” to vote in the June 22 primary.

A Lot of Common Cents

Vote for NYC’s Future is just one example of how big money is bidding to influence voters in the city’s elections.

Alice Walton, a Walmart heir and the world’s richest woman, contributed $800,000 to the group New Yorkers for a Balanced Albany, which then spent $75,000 on a Bronx City Council special election last month to support candidate John Sanchez. The results in that race are still being tallied.

Common Sense has raised $1.47 million and spent more than $220,000 on a February City Council special election in Queens. The PAC spent most of that money on promotions such as flyers, radio spots, even sweatshirts boosting James Gennaro, while also attacking a rival, left-wing candidate, Moumita Ahmed.

In voter outreach and advertisements, Common Sense painted Ahmed, who was favored by the Democratic Socialists of America, as “reckless” and without experience.

Gennaro won — helped by Ross PAC spending that exceeded the $193,000 the Gennaro campaign spent, including a boost from public matching funds, according to Campaign Finance Board records.

Under the Supreme Court’s Citizens United ruling, super PACs can raise and spend unlimited amounts of money on behalf of candidates but are not allowed to coordinate with campaigns.

But PACs or independent expenditures don’t have to support particular candidates and can instead focus on voter education and outreach, such as in efforts to encourage Republicans to become Democrats to exert influence on the primary in a heavily blue city.