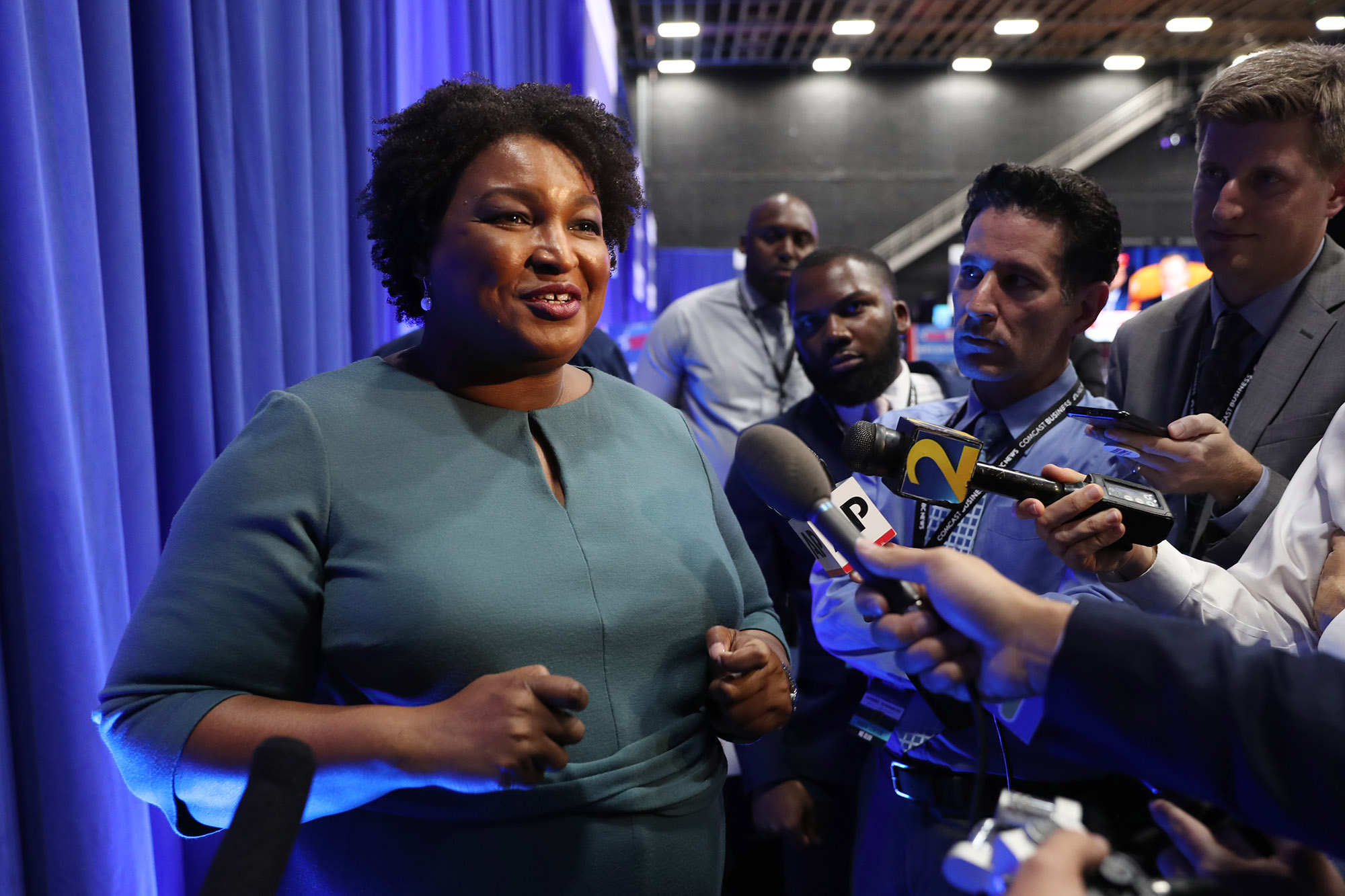 A group of Black ministers and pastors have published a full-page ad against President Joe Biden and former Georgia gubernatorial candidate Stacey Abrams to combat their criticisms of the state’s new election law.

In the ad, which appeared in the Atlanta Journal-Constitution, the Conservative Clergy of Color accused Biden and Abrams of lying about the new voting rules passed in the Georgia Election Integrity Act of 2021.

The law has received criticism and backlash from business leaders and community leaders since it was signed into law by Gov. Brian Kemp last month. Most notably, Major League Baseball pulled its all-star game from Atlanta in response to the measure, which officials said will have a $100 million financial impact.

The Conservative Clergy of Color ad accuses Biden and Abrams of “devastating” minority-owned small businesses in Atlanta by encouraging boycotts and other forms of economic backlash and using their opposition of the legislation as racial bait.

“Biden and Abrams keep saying the Election Integrity Act is worse than Jim Crow, which is an insult to the millions of Black Americans,” said Bishop Aubrey Shines, a founding member of Conservative Clergy of Color. “The truth is that this law actually expands access to the ballot box while also taking common-sense steps to protect the sanctity of every legal vote.”

Abrams, who also is a former state representative, said in an April 4 tweet the law reduces “access, ease [and] capacity for” people of color “under the guise of uniformity, integrity and security.”

Biden has referred to the law as “outrageous,” an “atrocity” and “un-American.”

“Among the outrageous parts of this new state law, it ends voting hours early, so working people can’t cast their vote after their shift is over,” Biden said in a statement last month. “It adds rigid restrictions on casting absentee ballots that will effectively deny the right to vote to countless voters. And it makes it a crime to provide water to voters while they wait in line – lines Republican officials themselves have created by reducing the number of polling sites across the state, disproportionately in Black neighborhoods.”

The act expands early voting hours, but it reduces the cutoff time for mail-in ballot applications. It requires polling locations to supply ballot drop boxes inside of early voting locations except during an emergency. The Conservative Clergy of Color argues the provision turns the drop boxes, which temporarily were installed during the pandemic, into permanent law.

“As our ad points out, the lies that Biden and Abrams are telling about this law aren’t just another example of political theater. Like elections, lies have consequences,” Shines said.

The law prohibits giveaways of food and drinks within 150 feet of a polling place or 25 feet of voters standing in line. Poll workers can make water coolers available for voters. It does allow the State Election Board to suspend local election officials, assign temporary replacements and make emergency orders. The Conservative Clergy of Color argue the provisions protect voters.

Atlanta-based companies such as Coca-Cola and Delta Airlines have spoken out in opposition to the law. The Washington Post reported more than 100 corporate leaders, including major airlines, retailers, manufacturers and an NFL owner, held a call Saturday to discuss ways to push back against the legislation. Other faith leaders rallied Saturday against the bill outside of Augusta National Golf Club during the Masters golf tournament.

Abrams and the Conservative Clergy of Color did not immediately respond to a request for additional comment Monday.