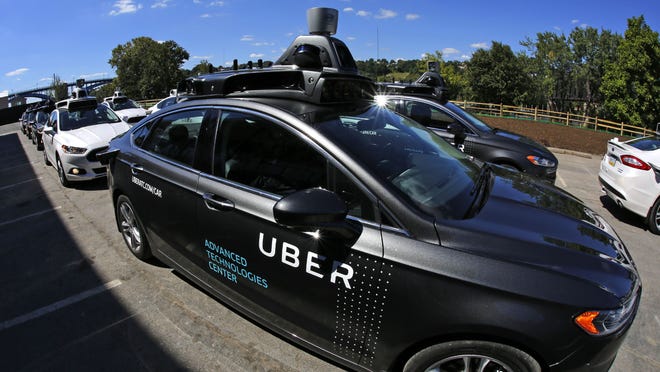 California’s Supreme Court declined to hear a case brought by a union group seeking to have Proposition 22 declared unconstitutional and unenforceable.

Proposition 22 was approved at the election on Nov. 3 with 58.6 percent of the vote. The ballot initiative defined app-based transportation, rideshare and delivery drivers as independent contractors and not employees or agents.

The Service Employees International Union (SEIU) and four app-based drivers filed suit in the California Supreme Court on Jan. 12, 2021. Within less than a month, the court rejected their case.

The case can still be filed in a lower court. For now, the ballot measure stands.

Supporters of AB5 argue that independent contractors should be treated as full-time employees and receive benefits. Plaintiffs suing argued that Proposition 22 violates Section 4 of Article XIV of the California Constitution, which “grants to the Legislature ‘plenary power, unlimited by any provision of this Constitution’ to establish and enforce a complete system of workers’ compensation.”

In response to the court’s ruling, one plaintiff, Hector Castellanos, said, “Make no mistake: we are not deterred in our fight to win a livable wage and basic rights. We will consider every option available to protect California workers from attempts by companies like Uber and Lyft to subvert our democracy and attack our rights in order to improve their bottom lines.”

After AB5 became law, thousands of independent contractors were put out of work, beginning an exodus from California, which for the first time in the state’s history in 2020 reported a population loss.

“AB 5 is a nightmare law that made it illegal for hundreds of thousands of freelancers to earn a living,” Tom Manzo, president and founder of the California Business and Industrial Alliance, said. “Luckily, the people of California delivered a verdict against it and in favor of the gig economy – speaking louder than the paid politicians and union interests that stuck us with AB 5 in the first place. Passing Prop 22 is the first step toward reversing the havoc this misguided law has wreaked in our state, and ensuring innovation and entrepreneurship have a chance at survival in California.”

Uber and Lyft challenged AB5 and said if implemented they would be forced to leave the state. Lyft’s plan to leave by midnight on August 20, 2020, was halted by an emergency stay issued by an appeals court. Instead of being forced to reclassify their business or go out of business by a certain date, the companies were granted a reprieve until at least mid-October. Then voters approved Proposition 22 on Nov. 3.

Kathy Fairbanks, a spokesperson for Yes on Proposition 22, said, “Meritless lawsuits that seek to undermine the clear democratic will of the people do not stand up to scrutiny in the courts.”

So far, lawmakers in Connecticut, Illinois, New Jersey, New York, Oregon and Washington have introduced similar legislation to California’s AB-5, although California’s is the most restrictive, according to an analysis published by Reuters.

Labor unions are seeking ways to organize in other states against any ballot measures proposed like Proposition 22, NBC News reports. “They are already thinking about how they can make their case for workers more palatable to voters.”

Steve Smith, a spokesman for the California Labor Federation, told NBC News that organizing against any ballot measures like Proposition 22 “will intensify and spread to other states that may face similar battles with the companies in the future.”