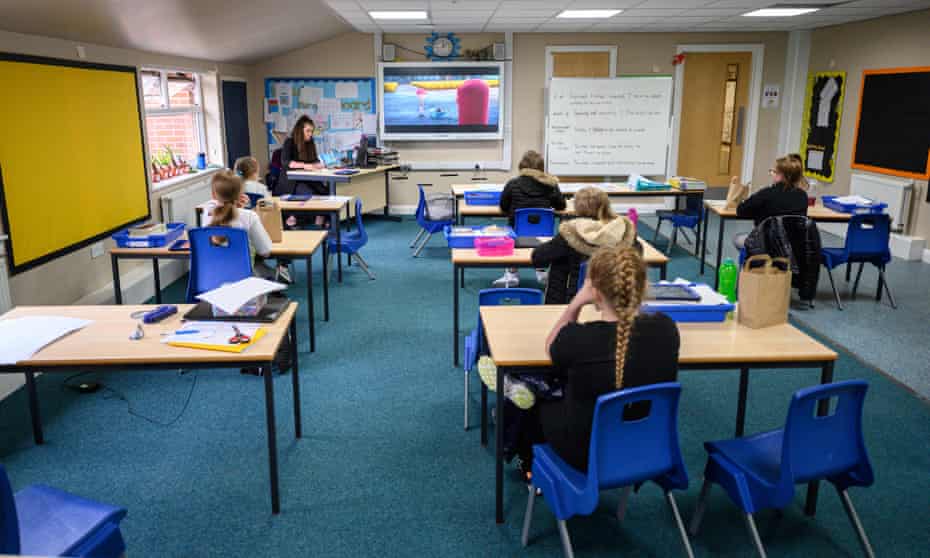 “While some districts have expressed concern about investing in increasing compensation with short-term recovery funds, our nation’s children need support now,” Education Secretary Miguel Cardona wrote in a letter sent to state education agencies and school districts on Thursday. “School districts should act with urgency.”

The message is an acknowledgement that staffing issues have disrupted schools’ recovery plans this year, adding a major complication to efforts to get kids back on track academically and provide much-needed consistency. In the last month, a number of districts have cited those gaps as they temporarily returned to remote learning — a notable backslide for the Biden administration, which has made getting every school to offer fully in-person learning a priority.

Other school leaders have resisted boosting salaries or adding new positions, fearing covering the additional costs with aid money that will eventually disappear. But Cardona urged districts to rethink if they have been hesitating to use COVID relief funds to hire — and do everything they can to avoid future cuts to in-person learning.

“Districts should ensure that continuous in-person learning and enrichment opportunities are available for all students, and that days of in-person programming are not reduced,” he wrote.

Elsewhere, pay hikes have gotten results. After Detroit boosted its teacher pay — in addition to offering hazard pay and bonuses — it had 1,000 applicants for 140 open positions this fall.

Shortages of substitute teachers have also been a major issue nationwide. Without them, educators have had to cover for their colleagues out sick or in quarantine this year, adding to their workload and sense of exhaustion.

To build those substitute pools, Cardona says schools should consider raising hourly rates for subs, offering bonuses to anyone who gets a substitute teaching license, and assigning subs to the same school all year to provide more consistency. One California district, he noted, reached an agreement with its teachers union to create a standby substitute teacher position at every school.

Others are taking similar measures. Chicago, for example, is spending millions to hire more full-time substitutes and to expand its sub pool.

States and districts can take other steps to help, too, Cardona wrote. He encourages officials to make exceptions for the next year or two that will allow retired educators to come back into schools without losing their pension, or that will allow current educators in line for retirement to collect their pension while they continue to work.

Lawmakers in Michigan took a step in that direction this week, passing legislation that would loosen education requirements to allow school support staff to substitute teach this year. (The state education department opposes the change, and it’s unclear if Gov. Gretchen Whitmer will sign the bill into law.)

The letter also suggests ways schools can reduce the burdens on existing staff, acknowledging that losing more educators would add to the challenge ahead.

He encourages districts to make time for things like debriefing sessions after especially stressful days, and to consider adjusting school schedules to add planning time for teachers.

“Now, more than ever, supporting educator well-being is critical for retaining our current educators and staff,” he wrote.

This article was originally posted on Cardona urges schools to use COVID relief money to hire staff, raise pay