Please ensure Javascript is enabled for purposes of website accessibility Chicago is poised to start next week with most schools closed, and frustration is building - THE CHICAGO HERALD Press "Enter" to skip to content

Home » Chicago is poised to start next week with most schools closed, and frustration is building 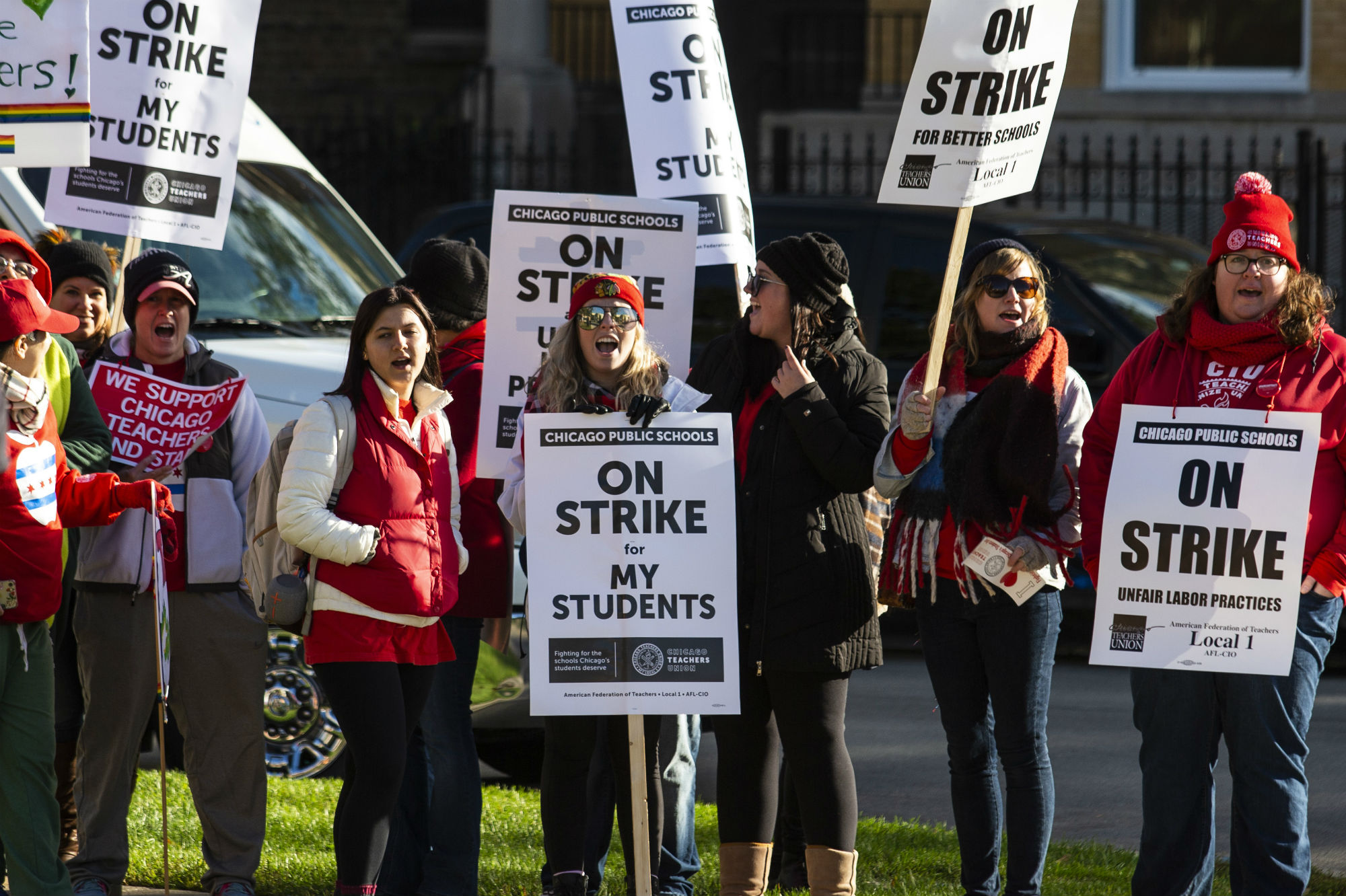 Chicago is poised to start next week with most schools closed, and frustration is building

Schools started letting families know Friday afternoon that classes will be canceled for the fourth day Monday as the district and its teachers union again struggled to reach a COVID safety agreement.

Many schools said they planned to be closed. But late Friday the district said it would continue talks with the union “day and night” over the weekend, aiming to resume in-person learning as early as Monday. It said families would be updated over the weekend.

Both sides are under pressure to find a way out of the stalemate. Teachers who are not reporting to school buildings are not getting paid. The district might have to make up these missed days by either shortening spring break or cutting into the summer vacation.

And the third abrupt interruption to learning in as many years is fueling parent frustration, at a time when the district has already seen a sharp increase in families leaving for private schools, suburban districts, and homeschooling — a development with major implications for the district’s long-term financial health.

“The sessions remain productive but must be concluded this weekend,” the statement said.

A group of 25 state legislators on Friday called for the two sides to reach a resolution and said they were working with the governor’s office to step up vaccine uptake and bring additional testing to schools in an effort to step up safety measures. They urged Chicago Public Schools to agree to short-term remote learning while the two sides develop “mutually agreed upon” safety metrics.

The district’s principals, who are not unionized, have been caught in the middle of the impasse, charged with coming up with enrichment activities if they can on short notice. They have fielded calls from frantic parents and stood at the door of school buildings in the morning to hand out lists of “safe haven” sites, such as churches, where families can access child care.

“It’s mass chaos,” said one principal of a South Side elementary, who spoke on the condition of anonymity for fear of retribution from the district. “Sadly, we’ve been here before.”

She said principals have not been consulted in the district’s proposals and were surprised by the district’s midweek announcement that some school buildings would be open.

“It’s really hard when we have no voice in the decisions,” she said.

To reopen, she said, the district must fix its contact tracing program and set reasonable metrics so principals can quickly flip their entire building to remote learning when staffing shortages get too high. Many families at her school, she said, are pushing for a period of remote learning out of fear of the rising COVID positivity rate.

A letter penned by the district’s principals group this week criticized the district’s call for principals to try reopening for classes or activities — “an ad hoc reactionary response that creates inequities that are predictable along social and economic lines.”

The union has demanded a test-to-return program, pointing to much smaller districts such as Washington, DC, which had required negative COVID tests from students and employees returning from winter break amid a steep surge in coronavirus cases. Union leadership also wants the district to switch from a weekly student testing program families opted into to one that would require them to opt out if they did not want their children tested. And the union insisted the district should spell out a metric for closing schools when the number of infections among staff and students rose.

District leaders have argued that shutting down in-person learning for an entire urban district was unconscionable, especially in light of data showing attendance and grades had dipped disproportionately for the district’s most vulnerable students during last year’s extended remote stretch. Lightfoot said she was dead-set against testing students without their parents’ explicit permission, which she deemed “repugnant” and “immoral.” And district leaders balked at a metric that would set what they consider too low of a bar for shuttering entire schools or the district, with the inevitable disruption for families and learning.

Parents and students were bracing for another week of uncertainty and interrupted learning. At the nonprofit Brighton Park Neighborhood Council on the city’s Southwest Side, parents are discussing the possibility of organizing child care support for families who are unable to stay home with their children.

“Parents are really trying to come together and support one another,” said the nonprofit’s Jazmin Cerda. Although the group is supportive of the teacher’s union, she said, “We cannot forget that the people affected daily by CPS and CTU decisions are the families.”

The council held a virtual meeting with 75 parents Thursday that ended up stretching out for three hours as they voiced anxieties and asked questions, said Cerda, the mom of a first grader in the district.

Cerda kept her daughter at home on Monday and Tuesday because her family didn’t feel safe sending her to school amid the surge. Like Cerda, some parents in that virtual meeting want a remote learning option for their children. Others want to see stepped-up testing, more robust contact tracing, and the return of the daily COVID screener (CPS said schools will now be able to bring it back) to feel more comfortable sending their children to school.

In contrast, Chris Brusznicki, the father of four students at Franklin Fine Arts Center, a magnet school on the North Side, said his family will sit out remote learning if the district reverts to it. He said his second grader had a panic attack and started sobbing when he heard earlier this week that his school might bring back virtual instruction.

Brusznicki was outraged that parents like him went to bed Tuesday not knowing how the teachers union vote came out and whether schools would be open the following morning — what he described as a “power move” by the union inconsiderate of working families.

“My kids are emblematic of how terrible remote learning was,” he said. “We can roll with the punches; that’s not the case for thousands of parents.”

This article was originally posted on Chicago is poised to start next week with most schools closed, and frustration is building