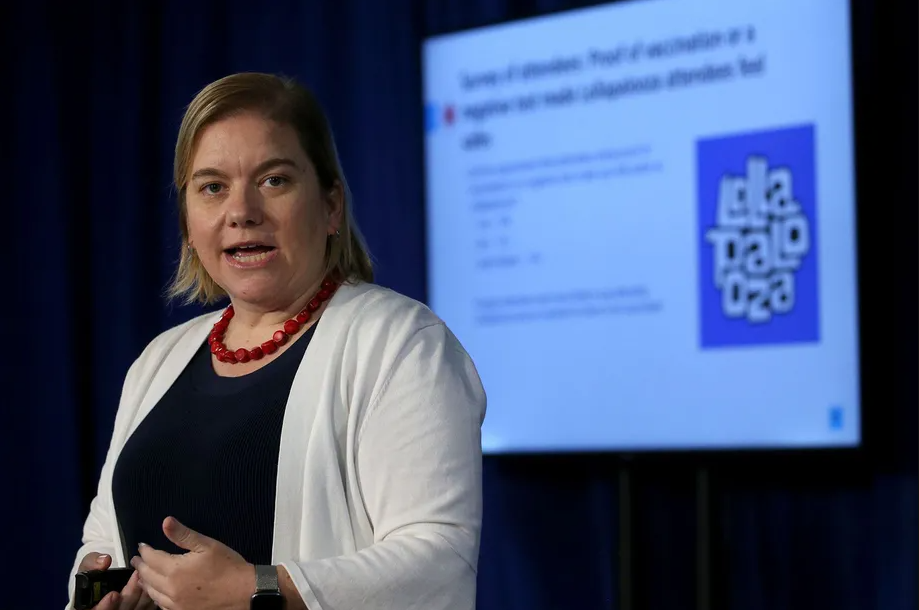 Chicago Public Schools is seeing a steep decline in COVID-19 cases across the district – in line with a similar drop seen across the city – but cases remain above pre-omicron levels, health officials said Tuesday.

That decline means far fewer students are in quarantine and missing school. Health officials said they were still concerned about risks to students at schools where vaccination rates are the lowest.

Last week, CPS reported that 439 students and 121 staff members tested positive, a drop of about 60% compared to two weeks ago, when 1,068 students and 284 staff tested positive for the week of Jan. 23, Dr. Allison Arwady, the city’s health commissioner, said at a weekly COVID-19 press conference.

Amid the COVID-19 case decline, the district has also seen a decrease in the number of students and staff being quarantined or isolated. On Feb. 13, 155 staff and 2,873 students were isolated, according to the district’s latest figures.

The numbers are a sharp decline after a districtwide peak on Jan. 22, when 968 staff and 22,057 were quarantined, data shows.

The district shortened the quarantine period for unvaccinated close contacts from 10 to five days as of Feb. 1.

While vaccine uptake has increased across all age groups in the city, Arwady expressed concerns about the low vaccination rate among school-age children.

Asked about a Chalkbeat report showing that 22% of 5- to 11-year-olds at CPS are fully vaccinated, Arwady declined to comment on the specific numbers. But she acknowledged that Chicago Public Schools vaccination numbers were “lower than the city average.”

Arwady said she was “reasonably pleased” with current uptake, which is similar to national averages.

Still, the health commissioner acknowledged the wide range of vaccine uptake, saying that children at schools with only 20% of the student body fully vaccinated were at  higher risk of contracting COVID compared to those at schools where 75% of students or higher were fully vaccinated.

Mitigation strategies such as mask-wearing in schools were particularly critical in campuses with low uptake, Arwady added.

The city’s health department, and school officials, will continue to monitor vaccination uptake and work with vaccine ambassadors to increase uptake in schools, Arwady said.