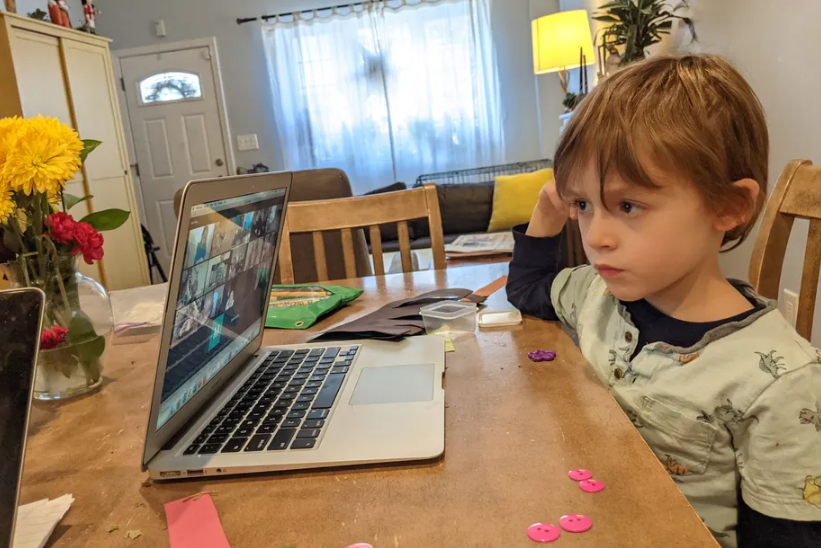 Families with students in prekindergarten now are eligible for PHLConnectED, a program that provides students with free internet access during remote learning, city officials announced Monday.

Mayor Jim Kenney called the expansion an “important step to continue to help Philadelphia’s youngest learners grow and be successful over the long term.”

Philadelphia unveiled the program last year, and estimated that about 18,000 families needed internet access to participate in remote learning after the city’s public schools closed during the pandemic. Students in pre-K were among the first to return to in-person learning in early March, but some families have continued to learn remotely.

Prekindergarten households qualify if they do not have internet access, have mobile phone internet access only, are experiencing homelessness or housing insecurity, or have students who participate in remote learning in locations without internet access.

If there’s already internet in the home, a family can qualify if they participate in public benefit programs with income qualifications like Medicaid, have students designated as English learners, or have students who receive special education services. Families without reliable internet access can learn more by dialing the hotline 2-1-1.

The hotline, operated by United Way of Greater Philadelphia and Southern New Jersey, is available around the clock, with information provided in up to 150 languages. Families can get information on referrals to resources and a phone number to call to set up service if they qualify.

Since the program began, local officials have found that some families are reluctant to sign up because they are suspicious of the offer. Some households started the process to receive wired access or a mobile hotspot and then didn’t complete it. A large proportion of families failed to take the next step, said Otis Hackney, the city’s chief education officer.

Hackney said many families don’t believe that they won’t get a bill, or are reluctant to divulge personal information to another entity. “There is a lack of trust some people have,” he said.

City officials said they have reached about 12,000 families, including more than 7,000 who had signed up for a Comcast promotion before the official launch of PHLConnectED.

The program, which is financed through a mix of public dollars and private giving plans to provide free internet access through early summer 2022.

“The pandemic has continued to show us that internet access is an essential service for all—regardless of age, and I’m glad that more families will be connected by the time they start kindergarten,” Kenney said.

“This resource will be valuable to our students and their families as we register more students for pre-kindergarten and kindergarten, invite them to attend the virtual open house and encourage them to participate in this year’s summer programming to help them transition and feel confident about starting school in the fall,” Superintendent William Hite said Monday.