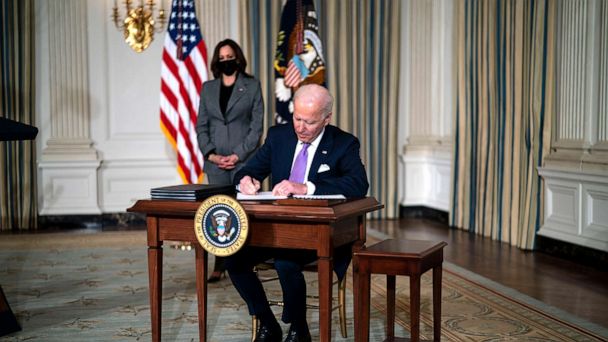 For most people around the world, the Covid-19 pandemic seems a great human tragedy, with deaths, bankruptcies, and fractured mental states. Yet for some, especially among the green Twitterati and in some policy shops, the pandemic presents a grand opportunity to enact permanent lockdowns on economic growth, population growth and upward mobility.

Pointing to reductions in greenhouse gases due to the lockdowns, some see the pandemic’s wreckage of much of the economy – including the mass destruction of businesses and family budgets – not as a plague of its own, but, as a British Climate Assembly put it, as a “test run” for a new climate-driven economy.

President Donald Trump may have been responsible for the vaccine success of Operation Warp Speed, but now his fast-track approach, ironically, is being adopted by climate campaigners in a drive to change our entire economy in short order. After all, they argue, the lockdowns demonstrated that governments can impose without constitutional constraint virtually any restrictions to address a perceived crisis. And the pandemic, by killing much of the economy – particularly travel – temporarily succeeded in reducing greenhouse gases by as much as 7 percent worldwide and 12 percent in the U.S.

The pandemic has also generated a social crisis, with its effects being felt disproportionately by the poor and working class in virtually all countries. It has depressed further the already historically low fertility rate throughout much of the world, including in the two remaining superpowers, China and the U.S. Covid, suggests a recent study by Brookings, has accounted for a half million fewer births in America alone.

In a sense, the call for semi-permanent lockdowns reflects deep-seated ambitions long nurtured in the green movement. The idea of limiting family life has been central to the environmental movement for a generation, at least since the days of Paul Ehrlich’s Population Bomb (1968), which suggested, among other proposals, adding sterilant into the water supply. This approach was amplified four years later by the corporate-sponsored Club of Rome report, which sought to reduce consumption, economic expansion, and population growth to stave off mass starvation and social chaos.

Creating a sense of imminent crisis – just as in the justification for lockdowns – has long been critical to the propagation of environmental gospel, as longtime green campaigner Michael Shellenberger amply demonstrates in his new book, Apocalypse Never. Many of the predictions made by Ehrlich and the Club of Rome proved to be at best exaggerations, as resources did not wear out as predicted and mass starvation has been reduced dramatically since the 1960s.

Perhaps the one thing some greens may not like about the pandemic is that it was not lethal enough. The late Jacques Cousteau, for example, believed that curing viruses presented “enormous problems.” No longer, he complained, could epidemics compensate for excess births over deaths. Admitting that it was “terrible to have to say this,” he suggested stabilizing world population by eliminating 350,000 people per day. “This is so horrible to contemplate that we shouldn’t even say it” – but Cousteau said it. These are not the views of a lunatic fringe. Former National Park Service biologist David M. Graber deemed humans “a plague upon ourselves” that needs to be culled.

The big problem, of course, lies with selling the agenda of permanent lockdowns, as well as advocating against human existence. The pandemic represented arguably a clear and present danger, though there is room for debate on how best to deal with it. In contrast, the climate “crisis” has been warned about for years, often in hyperbolic terms; however serious the problem, it certainly does not possess anything like the immediacy of the pandemic, or, for that matter, the economic and social devastation left in the pandemic’s wake.

One key problem lies with identifying who pays the cost of limiting human growth and aspiration. Past experience, as Benjamin Friedman has argued in his book The Moral Consequences of Economic Growth, suggests a “connection between economic growth and social and political progress,” in which he included advances in racial relations and support for environmental improvements. Yet despite the great reductions in starvation and poverty worldwide, and past major improvements – at least in Western countries – in environmental indicators, both the environmental movement and critical corporate allies increasingly have lost faith in the efficacy of economic progress. Today, the Davos crowd prefers to embrace the notion of economic “de-growth,” particularly in the West.

The problem here is the classic one: Who pays? The evidence is clear that green policies are likely to be particularly tough on those working in energy-dependent production industries, as we can already see in California, with its shortage of high-paid blue-collar jobs. Low-income energy consumers, meanwhile, will be hit hard by the enforced shift to renewable energy. The Jacques Delors Institute estimates that some 30 million Europeans cannot adequately heat their homes this winter.

The future of blue-collar, and even white-collar, employees is bleak, if new lockdowns are put in place here. Under the Paris Accords, the world’s largest emitter, China, can spit out ever more carbon until 2030. Over that time, the increasingly low carbon-emitting West (the U.S. leads in emission reductions) seems to be tendering an unconditional surrender of its industrial economy – and along with it, its blue-collar class. Fritz Varhenholt, a long-time environmental advocate in the German Social Democratic Party, warns:

An end to democracy?

The prospect of extending lockdowns permanently to meet climate goals may not be widely welcomed. Little evidence suggests that the public sees climate as a primary concern. A January 2021 poll conducted by Invisibly using its Realtime Research™ survey found barely 13% considered climate a key priority for President Joe Biden in his first 100 days in office – just a quarter of the portion (53 percent) that was focused on the devastating health and economic fallout from the pandemic. A recent Gallup poll showed 26 percent focused on the pandemic, 16 percent on economic problems, and 10 percent on race; just 3 percent mentioned climate and environment as their key concern.

Contrary to assumptions, Europeans may not be so different. In a 2018 Politico survey, climate did not make the top five concerns, ranking behind immigration, terrorism, the economy, government finances, and unemployment. In a 2020 European Commission survey, public focus had, if anything, shifted away from the environment. Almost three in five prioritized economic issues, and 22 percent health, while climate was the primary concern of barely one in five.

Given these realities, a permanent climate lockdown would need to be imposed, like the Covid-19 lockdowns, from above, based on the notion of a clear emergency. Politicians pushing for lockdowns may get support from civil-disobedience efforts by campaigners to force draconian policies by making the elements of modern life – such as commuting in Britain – as unpleasant as possible.

Of course, if you really want to win public support, you build a climate agenda that does not devastate the economy and families. This could include less oppressive and more economical sustainable approaches, like promoting home-based work, recycled natural gas, and even nuclear power, as China is clearly doing.

Yet appealing to the masses is, well, déclassé for our prospective rulers. The “inconvenient truth,” suggests one green advocate, is that we must end the rule of hoi polloi and instead be guided by a Ministry of the Future, one that pushes the right policies, particularly among the often guileless young. Recognizing this reality, Eric Heymann, a senior economist at Deutsche Bank Research, warns that Europe’s Green Deal and its goal of climate neutrality by 2050 threatens a European mega-crisis, leading to “noticeable loss of welfare and jobs.” He warns: It will not work without “a certain degree of eco-dictatorship.”

This viewpoint has advocates even in America. Climate zealot and former California governor Jerry Brown and billionaire Michael Bloomberg both praise China’s autocratic approach to climate, despite its miserable record. Brown openly favors applying “the coercive power of the state” to achieve environmental goals while promoting the “brainwashing” of the uncomprehending, sometimes inconvenient masses. In the name of saving the planet, these zealots believe, we should endorse the logic behind Chinese thought control.

Other outlets long hostile to liberal capitalism, like The Guardian, also may see appeal in an ever-extended lockdown. The opportunities to control everything from a progressive perspective would indeed be unlimited. But for most people – still awaiting their first vaccine shot – an unremitting new wave of lockdowns may make them wonder if what they really need is a dose of hemlock.

This article was originally posted on Climate policy – Covid on steroids?