Please ensure Javascript is enabled for purposes of website accessibility Congressman, Americans for Tax Reform call on Biden to explain $500,000 in unpaid taxes - THE CHICAGO HERALD Press "Enter" to skip to content 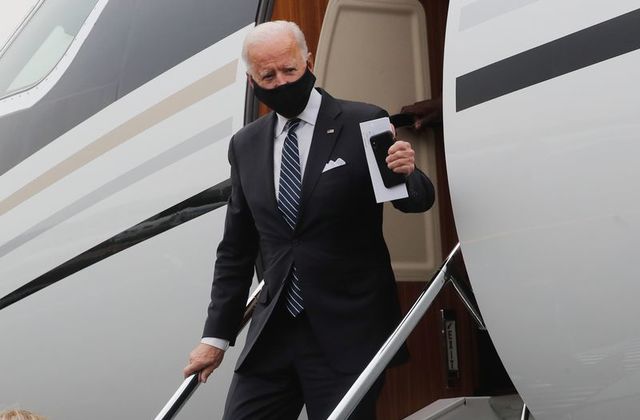 Congressman, Americans for Tax Reform call on Biden to explain $500,000 in unpaid taxes

Rep. Jim Banks, R-Ind., sent a letter to President Joe Biden this week asking him to explain why he reportedly used a tax loophole to avoid paying $500,000 in payroll taxes.

In a letter written this week, Banks, who serves as Republican Study Committee chairman, asked Biden, “Do you intend to undo your hypocrisy and pay these funds back to the American people?”

Banks said that $13 million worth of income redirected into two S-corporations enabled Biden to avoid paying personal income taxes by directing revenue from book royalties and speaking appearances and not paying self-employment payroll tax liabilities that would have funded Medicare and other federal programs.

The letter highlights a report published by the Wall Street Journal in which RubinBrown LLP accountant Tony Nitti said, “There’s no reason for these to be in an S corp — none, other than to save on self-employment tax.”

A former Obama administration official now at the Tax Policy Center, told the Journal, “to treat those [book and speech earnings] as other than compensation is pretty aggressive.”

Americans for Tax Reform noted that Biden avoided paying 3.8% of the Medicare Payroll Tax, and the 0.9% of the Obamacare “Additional Medicare Tax” on the reported $13 million worth of income.

“This is clear hypocrisy as Biden supports expanding Obamacare and routinely says ‘the rich’ need to pay their fair share,” ATR said.

Additionally, ATR notes, “The Obama administration considered it a top priority to close this loophole.  As such, not only did Joe Biden use a loophole that his administration actively fought to close, but he was able to avoid a tax that his own administration created.”

The loophole is known as the “Gingrich/Edwards” tax loophole, named after former Republican House Speaker Newt Gingrich and former Democratic Sen. John Edwards. Under the current law, S corporations can protect individuals from paying payroll taxes into Social Security and Medicare although the corporation’s owner is still liable for paying distribution taxes.

In his 2020 Democratic National Committee speech, Biden railed against the very loopholes he claimed he wanted to close, saying, “We can pay for these investments by ending loopholes, unnecessary loopholes … Because we don’t need a tax code that rewards wealth more than it rewards work. I’m not looking to punish anyone. Far from it. But it’s long past time the wealthiest people and the biggest corporations in this country paid their fair share.”

In a June 2019 campaign speech, Biden argued, “We don’t have to punish anybody, including the rich. But everybody should start paying their fair share a little bit. When I’m president, we’re going to have a fairer tax code.”

Banks and ATR are asking Biden if he plans on reimbursing the Treasury at a time when he is proposing tax hikes.

This article was originally posted on Congressman, Americans for Tax Reform call on Biden to explain $500,000 in unpaid taxes