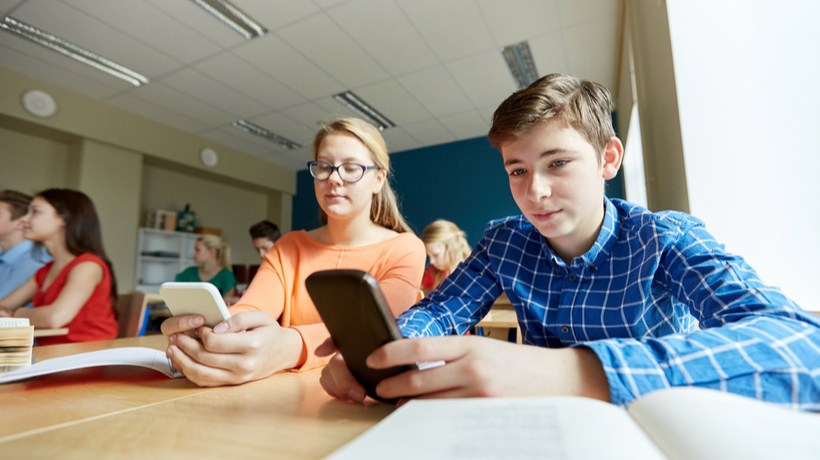 Legal advocates and police officials presented irreconcilable realities at a City Council hearing Wednesday as they spoke about the effects of NYPD property and phone seizures on young New Yorkers.

The Committee on Public Safety session followed reporting by THE CITY last month that highlighted the devastating impact cell phone seizures can have on children detained by the NYPD.

Defense lawyers and other child welfare advocates shared stories of the hardships their young clients experience when cell phones are taken by the NYPD. Police brass denied that such confiscations are widespread, and contends phones are grabbed only in “serious” cases.

“Our tendency toward take first and figure out if we need it later is simply unjust,” said committee chair Adrienne Adams (D-Queens) at the hearing, equating seizures to banned “stop and frisk” tactics and unnecessary bail.

“If [district attorneys] really think that crucial evidence is on someone’s phone, they can get a search warrant.  But more often than not, they don’t,” Adams added. “And instead, a necessary lifeline is taken away from people who have been arrested, which, let’s be clear, is still typically poor people of color.”

While adult New Yorkers also suffer from the consequences of seizures, children who have cell phones taken by police as evidence often lose the ability to attend remote classes and court sessions — leading to devastating consequences, including rearrest, advocates said.

Advocates also worry that the NYPD is illegally cracking into devices even amid mounting demands to scrap what they called the department’s opaque and bloated gang and DNA databases.

“We have every reason to believe given the NYPD data capabilities and testimony from cell phone and laptop owners that we’ve represented about the state of their items after they returned that the NYPD is using its unchecked power to seize property as a warrantless and illegal intelligence gathering tool,” Maryanne Kaishian of Brooklyn Defender Services testified.

NYPD Assistant Deputy Commissioner Oleg Chernyavsky stressed that cell phones were only seized as evidence in 11% of all arrests — and largely for felonies. “The NYPD seeks to make retrieval of an individual’s property as easy as and seamless as possible,” he  said.

“Seizing these devices allows officers to ensure that data contained on the phone is neither lost nor erased without the assistant district attorney being able to determine whether and to what extent valuable evidence can be utilized,” Chernyavsky added.

THE CITY previously reported that the cops seized more than 55,000 phones in 2020, according to NYPD data, and returned 60% of them. And while the number of phones taken was lower than the 90,000 in the previous, pre-pandemic year, so was the percentage given back. About 70% of phones confiscated in 2019 were returned.

David O’Brien, a juvenile practice lawyer at New York County Defender Services, pointed to another issue: Even when kids are allowed to retrieve their phones during the pandemic, they often no longer have the necessary identification to pick them up, thanks to the pandemic.

“There is this Catch-22 where our clients are too young to have driver’s licenses, and really the only ID they have is a school ID,” said O’Brien. But “the NYPD does not accept last year’s ID, which are the only IDs that they have.”

Adams and others said the NYPD’s claims were difficult to reconcile with the accounts of lawyers and social workers.

“It’s impossible to overstate the frequency with which New Yorkers are having their property seized by the NYPD,” said Kaishian — a sentiment echoed by many during the hearing.

“And the testimony making it seem like these items are seized primarily in serious cases is, frankly, fiction that seems ripped from a police procedural show,” she said.

Kaishian told the story of a client who was a victim of a shooting earlier this year, and whose phone and clothing were seized while he was hospitalized — and labeled as evidence.

He was left without a phone for two months, unable to call family from his hospital bed.

“This is an issue of unchecked police power and accountability,” said Kaishian. “And it’s a persistent disregard for the rules intended to safeguard the civil rights of the people of New York.”

At a rally before the Council hearing, children’s advocates said snatching fewer phones could be win-win for kids and cops.

“The NYPD does not need to waste their time and space cataloging property that will have no bearing on their cases,” said Veronica Leventhal, a social worker with New York County Defender Services.

Following THE CITY’s first story in March, members of the City Council and Mayor Bill de Blasio dialed up their anger over the phone seizures.

A spokesperson for Council Speaker Corey Johnson (D-Manhattan) demanded immediate action from the NYPD to help kids, and Adams — along with two other Council committee chairs — signed a letter requesting detailed data on the seizures.

The mayor said he would conduct a review of NYPD internal procedures. But, until the hearing, Council members had received no data or details at all from the NYPD.

Chernyavsky told Adams Wednesday that the NYPD would be responding “within days” to the Council members’ letter, but that “some of the data is difficult, if not impossible for us to get at this moment.”

Avery Cohen, a spokesperson for the mayor, said Wednesday that de Blasio’s office is “working with NYPD to ensure that phones are returned as expeditiously as possible as soon as they are determined not to be evidence,” but provided no further details.

Adams told THE CITY that the responses by police officials at Wednesday’s hearing were frustrating.

“Our youth have to be protected, they have to be treated equitably and fairly in the system. This just completely overrides that,” she said.