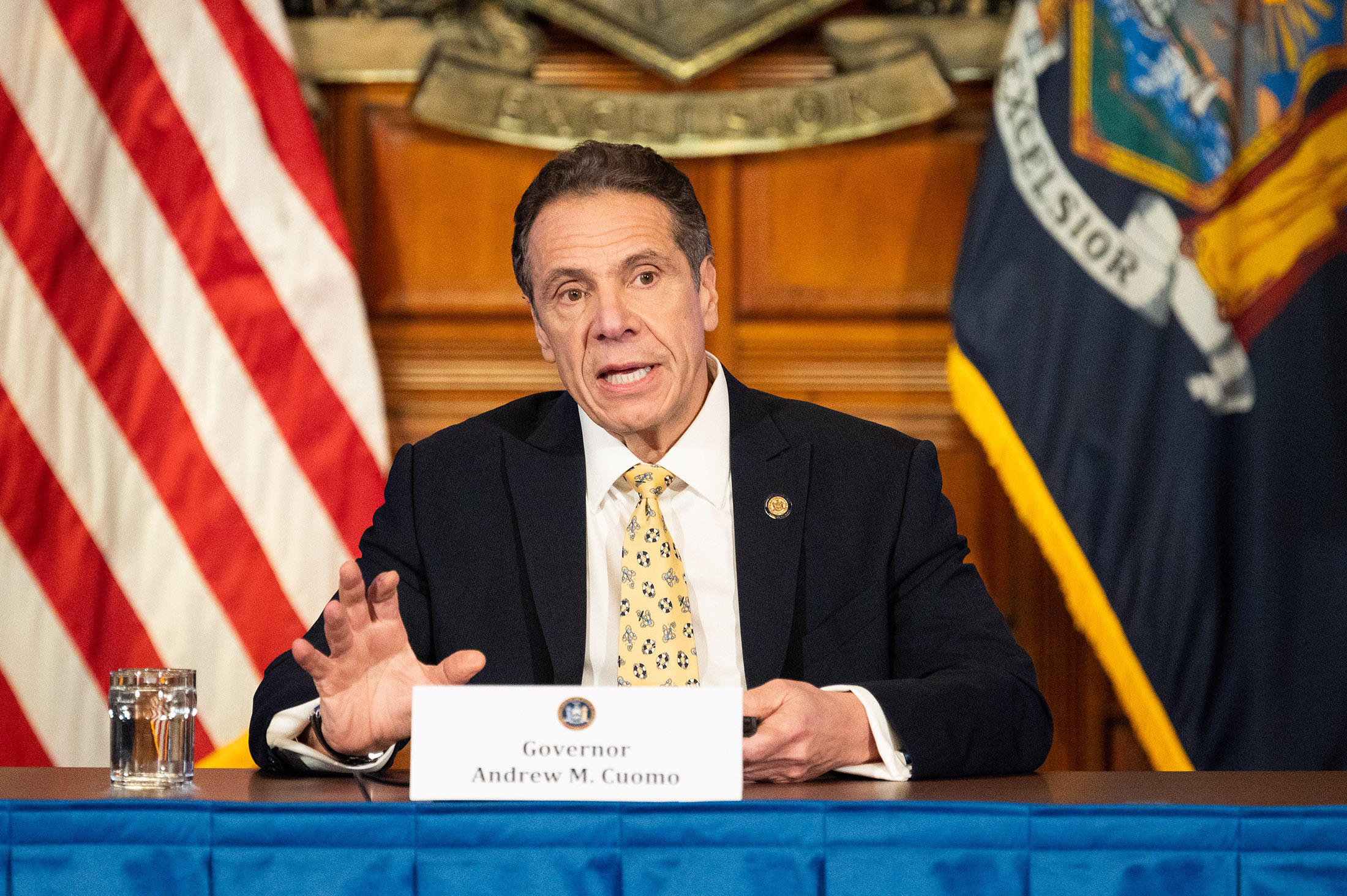 State officials are supposed to bring allegations to the office empowered by Cuomo to deal with complaints in the wake of the #MeToo movement. But Cuomo accuser Charlotte Bennett’s lawyer says his office violated “legal requirements.”

Gov. Andrew Cuomo’s office may have violated the administration’s own sexual harassment prevention policies by failing to alert government investigators after an employee told top staffers the governor had asked her about her sex life.

Charlotte Bennett, a 25-year-old former Cuomo administration executive assistant and health policy adviser, told The New York Times the governor inquired whether she had ever had sex with older men and whether she was monogamous in her relationships.

Bennett’s attorney, Debra Katz, said in a statement Wednesday that an investigation being overseen by Attorney General Letitia James will show that Cuomo’s office “failed to act on Ms. Bennett’s serious allegations or to ensure that corrective measures were taken, in violation of their legal requirements.”

Bennett told The Times she disclosed the interaction with the then-62-year-old Cuomo to his chief of staff, Jill DesRosiers, in early June and was soon after transferred to another job at the other end of the state Capitol building in Albany.

By late June, Bennett had also given a statement to Judith Mogul, special counsel to the governor, and did not insist on an investigation, according to The Times.

But based on the Cuomo administration’s own employee handbook — and an executive order issued by the governor amid the #MeToo movement — staff members may have run afoul of requirements that all harassment allegations they learn of be reported to the state’s employee relations office for investigation.

‘He Has Not Apologized’

In a statement Saturday evening, Cuomo’s top counsel and senior advisor, Beth Garvey, said that Bennett’s “concerns” were “promptly escalated to the special counsel” — even though the employee handbook and an executive order issued by the governor more than two years ago spell out other reporting procedures.

“The policies themselves, on their face, seem not to have been complied with,” said attorney Kevin Mintzer, who previously represented two New York state Assembly employees sexually harassed by a lawmaker.

The three-term governor stands accused of unwanted advances by three women — two who previously worked for him and a third who says that Cuomo grabbed her face at a wedding reception and attempted to kiss her as she moved her head away.

On Wednesday, in his first public appearance since the sexual harassment allegations emerged, Cuomo said: “I never knew at the time that I was making anyone feel uncomfortable. And I certainly never meant to offend anyone or hurt anyone or cause anyone any pain. That is the last thing I would ever want to do.”.

In a television interview Thursday evening, Bennett said that Cuomo’s remarks did not constitute an apology.

The handbook details protocols to follow in instances of discrimination, also including “bias, prejudice, harassment or retaliation.”

Employees with supervisory responsibility have “a duty to report any discrimination that they observe and otherwise know about,” the document indicates.

What’s more, a supervisor who receives a workplace discrimination complaint has a duty to report it to Governor’s Office of Employee Relations (GOER) “even if the individual who complained requests that it not be reported.”

Likewise, if a supervisor “observes or otherwise becomes aware of conduct of a sexually harassing nature,” they must make a report, the handbook says.

From there, GOER “is required to initiate an investigation and recommend prompt and effective remedial action where appropriate.”

In addition, an August 2018 executive order issued in the wake of the #MeToo movement requires that harassment allegations against state employees must be directed to GOER, which “shall be responsible for conducting all investigations into employment-related discrimination complaints filed by employees.”

Under that directive, Bennett’s accusations to the governor’s chief of staff should have immediately been directed to GOER for an investigation, said a former Cuomo administration official who asked not to be identified.

A sexual harassment prevention training video by the state’s Department of Labor and narrated by Labor Commissioner Roberta Reardon explicitly states that supervisors are “required to report any harassment that is reported to them or which they observe.”

It’s unclear whether Cuomo’s chief of staff or other executive chamber employees followed their own protocols and referred the matter to GOER.

The governor’s aides declined to answer THE CITY’s questions on the harassment reporting. “As previously stated, we will not have further comment on this until the AG’s review is complete, and we cannot comment on this at this time,” Garvey said Thursday.

In her Saturday statement, released shortly after The Times published Bennett’s account, Garvey made no mention of an investigation or whether the matter had been referred to GOER.

“Ms. Bennett received the transfer she requested to a position in which she had expressed a long-standing interest, and was thoroughly debriefed on the facts which did not include a claim of physical contact or inappropriate sexual conduct. She was consulted regarding the resolution, and expressed satisfaction and appreciation for the way in which it was handled,” Garvey said.

The matter was “escalated” to the special counsel — identified by Bennett as Mogul.

Mogul, appointed in 2019 to advise the governor on public integrity matters, previously worked at the law firm that’s now representing Cuomo on a separate investigation into COVID-19-related nursing home deaths.

To Leah Hebert, Bennett’s experience is all too familiar. Hebert co-founded the Sexual Harassment Working Group, an organization formed by former aides to state lawmakers who went public with accounts of harassment by their bosses.

“From Ms. Bennett’s statements, it appears that a proper investigation and process was not followed, just as it was not followed after I reported the harassment to the Assembly’s HR,” said Hebert, a former aide to the late Vito Lopez, a Brooklyn Assembly member and head of the county party who sexually harassed several staffers.

In 2013, a state ethics commission documented unwanted sexual advances by Lopez toward female aides and found that Assembly staff failed to refer their complaints for investigation, but declined to find that the Assembly member’s handling of their complaints violated state law. A lawsuit against Lopez and then-Speaker Sheldon Silver filed by two other Lopez staffers was settled in 2015 for $580,000.

While the attorney general’s office is overseeing an independent investigation over the accusations by Bennett and another former Cuomo staff member, Lindsey Boylan, officials should “also look at whether the claims were sent through the proper processes and the roles senior staff played in making those decisions,” said Hebert.

Although Bennett decided not to pursue an investigation while she was working for Cuomo, the reporting protocols are in place to ensure that similar harassment doesn’t occur to someone else and to address patterns of behavior, said Mintzer.

“The concern is not only about one person. It’s about who else is in the workplace and whether or not there is a problem beyond that one person because we know that if there’s harassment against one person, it’s quite possible that other people may be in a similar situation,” he told THE CITY.

This article was originally posted on Cuomo’s Office Flouted Its Own Sexual Harassment Investigation Rules, Rep for Governor’s Accuser Charges