Home » Death on the tracks 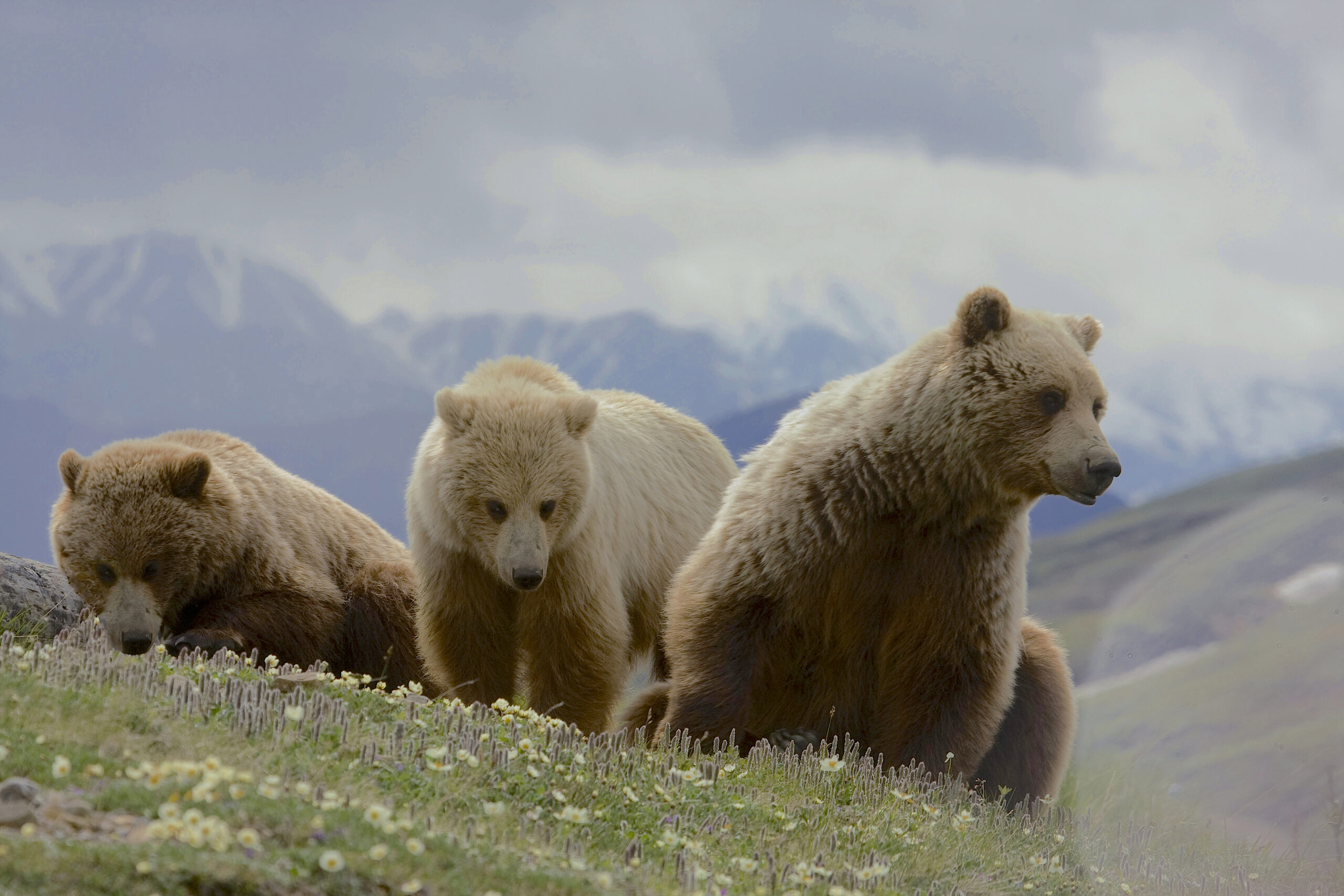 Death on the tracks

Forty-six years ago, when grizzly bears were first listed as threatened under the Endangered Species Act, fewer than 1,000 of the animals inhabited the Lower 48 states, a precipitous reduction from the species’ population in the 1800s, when an estimated 50,000 bears roamed from the coast of California well into the Great Plains.

In the four and a half decades since that listing, bears in the Northern Continental Divide Ecosystem of northwestern Montana have shown a particularly strong recovery. Anchored by Glacier National Park and bordered by Highway 93 to the west and the eastern boundary of the Blackfeet Reservation to the east, the NCDE’s thick, wet, subalpine and Douglas fir forests are once again frequented by grizzlies — as many as 1,000, according to recent estimates.

Since Great Northern Railway’s line from Minneapolis to Seattle was completed in 1893, the area has also been frequented by trains, as many as 34 per day in recent years. And sometimes trains and grizzlies collide — regularly enough that trains account for 11% of all human-related grizzly bear fatalities in the NCDE since 1992.

Some years there are several fatal train strikes and some years there are none, but 2019 was a particularly lethal year for NCDE bears. Forty-seven bear mortalities were attributed to human causes that year, more than any other year going back to the animal’s listing, except one: 2018. Trains represented a disproportionately large segment of grizzly mortalities in 2019, making it the deadliest year on record for train-caused losses.

It started in June, when a Burlington Northern Santa Fe train struck a collared sow east of Marias Pass in the predawn hours. Unlike many grizzly fatalities on railroad tracks, there was no evidence of an attractant — a carcass or spilled grain — on the tracks when the sow was hit, according to Montana Fish, Wildlife and Parks. Her two yearling cubs were later killed near the same location as their mother by an Amtrak passenger train.

About three months later, a late-September storm deposited 52 inches of snow in Browning. As the record-setting storm gripped the region, cattle grazing on a nearby Forest Service allotment were struck and killed by a BNSF train. Days later, the frozen carcasses began to thaw. Two grizzlies settled in for a pre-hibernation feast and they too were struck by trains and killed. Compounding the loss, three more bears feeding on the cow carcasses were killed by vehicles on Highway 2, which runs parallel to the railway. Four of the five bears were females.

Several days later, two bears, at least one of which was a female, were killed on the tracks near Trego, a tiny town northwest of Whitefish. In total, eight bears were killed by trains in 2019.

Biologists found the loss of so many female bears especially troubling, since breeding females are crucial to maintaining a viable population.

Train-cause deaths fall disproportionately on female bears. Chris Servheen, the U.S. Fish and Wildlife Service’s Grizzly Bear Recovery Coordinator from 1981 to 2016, can’t say precisely why that is, but he has a theory. Sows with cubs are often relegated to less secure habitat than adult males. Servheen posits that could mean females are more prevalent in developed landscapes — places where there’s a higher density of people, roads and trains.

As the population of grizzlies in the NCDE continues to expand and bump up against more of the built environment, wildlife managers have the difficult task of managing the resulting conflicts and mitigating losses. It doesn’t appear to be getting any easier, particularly along the Rocky Mountain Front, where recent conflicts have prompted one Montana lawmaker to propose loosening regulations around killing bears.

The train-related deaths in 2019 compelled environmental groups WildEarth Guardians, Western Environmental Law Center and Western Watersheds Project to take legal action. That October, they filed a notice of intent to sue in order to encourage BNSF to make good on something the company had pledged to do 15 years earlier: develop a Habitat Conservation Plan, a roadmap for mitigating the impact of grizzly deaths in the NCDE.

On Jan. 12, USFWS  shared BNSF’s 61-page proposal with the public and opened it for a 30-day comment period. It’s unknown what motivated BNSF to complete the plan after it had lain idle for so long, but Josh Osher, the Western Watersheds Project’s public policy director, has a theory.

Sarah McMillan, WildEarth Guardians’ conservation director, wonders if BNSF had been hoping that the NCDE bears would be removed from federal protections after USFWS’s attempted delisting of Greater Yellowstone Ecosystem grizzlies in 2017, releasing the company from any obligations relative to the Endangered Species Act.

“I really do believe that is what they were hoping, that the NCDE would be separated from the whole Lower 48 population of grizzly bears and delisted, [because] then it would just be like the deer they might hit — they don’t have any liability,” McMillan said.

In an email to Montana Free Press, a spokesperson for BNSF said the Habitat Conservation Plan  is based on years of consultation with bear experts from USFWS, the Blackfeet Nation, Glacier National Park, Montana Fish, Wildlife and Parks and others. If it’s approved, BNSF will be issued an Incidental Take Permit, which would allow the company to take, or kill, 18 grizzlies over the next seven years without running afoul of USFWS.

The proposal is up for public comment until Feb. 11, although McMillan said the transition from Donald Trump’s presidency to Joe Biden’s might influence the agency’s consideration of BNSF’s application. USFWS is under the purview of the Interior Department, and Biden has directed that agency to review some of its recent actions over the coming weeks. It’s unclear if the rail company’s plan is one of them. A USFWS public affairs specialist didn’t respond to an email inquiring whether BNSF’s application for an Incidental Take Permit has been substantively affected by Biden’s order.

The plan has some prominent supporters. Among them is Servheen, who said he thinks it would be “a great benefit” for grizzly bears. He notes that BNSF has committed to monitoring its tracks daily for animal carcasses, developed methods to reduce grain spillage from railcars, and pledged to coordinate livestock control measures with local ranchers to keep errant animals off the tracks.

The company has also committed to spending more than $1.15 million on grizzly conservation efforts over the next three years to help mitigate railway deaths, which it describes as “unavoidable.” A core tenet of the proposal is that even if attempts to limit train strikes demonstrate limited success, the company can help offset those losses by preventing other human-caused mortalities in the NCDE.

Some of BNSF’s dedicated grizzly funding will go to equipment — radio collars, remote cameras, electric fencing, waste management resources and the like — but most will support the hiring of three new grizzly bear technicians. Two will work for Montana Fish, Wildlife and Parks, and one will work for the Blackfeet Fish and Wildlife Department.

Servheen said that as far as grizzly conservation goes, those positions are “where the rubber hits the road.” He said he recognizes that BNSF has a business to run, and it’s best if the company is cooperative with and invested in conservation measures. From his perspective, the greatest opportunity for reducing train-related fatalities arises from reducing attractants like grain and carcasses on the tracks. He thinks BNSF’s plan addresses those issues.

Blackfeet Fish and Wildlife Director Gerald “Buzz” Cobell said just having a plan is an improvement.

“I’m glad that we’re getting to the point where maybe we’re going to get some funding and Burlington Northern is going to step up and do something,” he said. “It’s something that’s been needed for quite some time.”

But David Mattson, a scientist with decades of experience studying grizzlies (research he authored in 1987 is cited in the company’s Habitat Conservation Plan) found a number of things in BNSF’s proposal that trouble him. He said he doesn’t think BNSF’s plan will benefit grizzly conservation over the long haul if it’s approved in its current form.

One of his concerns centers on the number of grizzlies BNSF would be allowed to kill per the agreement: 18 over the next seven years, or an average of 2.6 per year. That number represents an increase from the average number of annual mortalities over the past 18 years, which is 2.1. BNSF says the higher number factors in the bears’ increasing population.

Asked whether the railroad has noted a recent increase in rail traffic or anticipates one in the near future, a company spokesperson replied: “Freight rail traffic is dynamic and ebbs and flows based on market demand, customer needs and other factors.”

“Essentially [BNSF will be] permitted to kill every bit as many bears as they’ve killed in the past. I guess I don’t see how it works,” Mattson said. He described the plan as “largely aspirational with no accountability” and said language about, for example, “exploring new technologies” needs more teeth.

Mattson said that if the company is serious about reducing mortalities, changes to train operations that have been shown to reduce train strikes merit a closer look. He’d like to see BNSF reduce train speeds around blind corners and minimize traffic during nighttime hours and at dawn and dusk, when bears are more likely to be moving around.

BNSF is familiar with those proposals, but not inclined to implement them. The transportation powerhouse, which generated $22 billion in revenue in 2019, dismissed those options, writing in the Habitat Conservation Plan that slowing train speeds would compromise efficiency and create choke points on the line that would influence train operations for thousands of miles around the permit area.

“I can see where this would be economically prohibitive, but nonetheless it’s an option if reducing wildlife mortality is a priority,” Mattson said in response.

He added that other technologies, like using lights and noisemakers on trains as a deterrent, should have been explored as well. He said those methods have demonstrated success in Canada.

McMillan agreed with Mattson that BNSF’s proposal sidesteps some obvious measures that might make trains less lethal to grizzlies.

She said successful coexistence with bears, especially where their numbers and ranges are expanding, requires humans to make accommodations. She’d like to see people make more strides toward “true coexistence,” she said — and that includes corporations, too.

“From my perspective, we are so fortunate to live in Montana, where almost all of the critters with tooth and claw are on the landscape. For that benefit, we have to adjust our own behaviors to live with them.”

This article was originally published on Death on the tracks