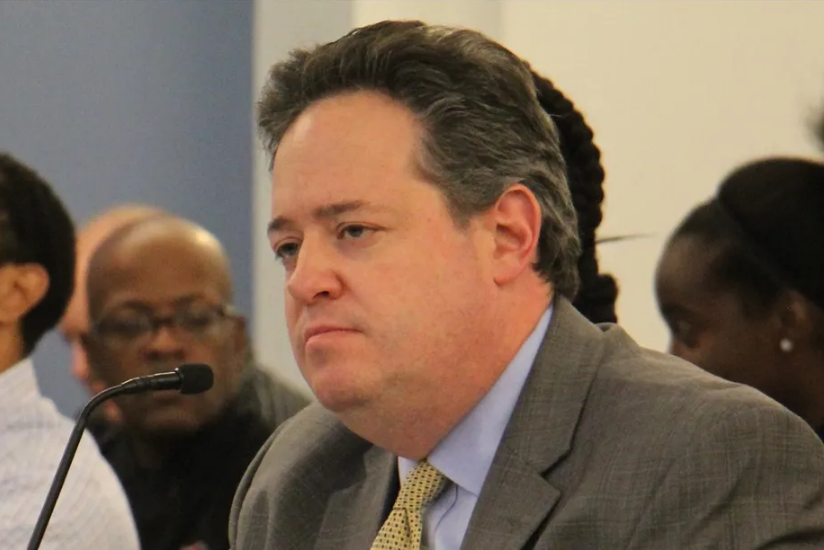 But the Philadelphia school district — the state’s largest by far — does not receive enough money to meet the needs of its students, and it is the only one of Pennsylvania’s 500 districts that has no taxing authority of its own, Chief Financial Officer Uri Monson testified Monday in the landmark fair funding trial.

“We have no control over our revenues and limited control over our expenditures,” he told Commonwealth Court Judge Renée Cohn Jubelirer, who is hearing the case. Jubelirer must decide whether the state’s school funding system violates the state constitution’s mandate for a “thorough and efficient system of education.”

The case, now in its ninth week, was brought by six districts, three families, and two statewide civil rights groups seeking to compel the state to spend more on education and distribute it to districts more fairly.

Philadelphia is not one of the plaintiffs — the district was under state control when it was filed — but one of the families is from the city, and the board of education has endorsed its aims. Superintendent William Hite testified in the trial earlier.

Without more funds, and with the end of federal pandemic aid, the district will start running shortfalls in fiscal 2025, Monson said.

While the board of education cannot raise revenue, the district must meet a series of mandates, including payments to charter schools, pension obligations, and special education services, among other requirements.

“We’re the poorest big city in the country,” Monson said, with a poverty rate of 24%. Significant numbers of its students are homeless, in foster care, lack sufficient nutrition, “things that should be basic” for students to be prepared for education. So the district “has to supplement (services) in order to make up for that,” he said.

Out of 500 Pennsylvania districts, Philadelphia ranks near the bottom — 473rd — in the amount of money it spends per “weighted” student, using a formula that not only counts heads but factors in the concentration of low-income and high-needs students, Monson said. At the same time, it ranks near the top — 19th — in a measure of local tax effort for education.

“The local population is pretty highly taxed; it is one of the highest districts in the state for local tax effort,” he said. Philadelphia residents “are putting a lot of funds into education, but still ranks very low in resources provided on a per-student basis.

State aid is supposed to make up for the difference that districts can raise to meet the needs of students, but since the fiscal year 2014-15, the amount Philadelphia receives through the basic education funding formula increased by just $59 million, in inflation adjusted dollars, on a $1.1 billion base, or about 5%. That amount failed to keep up with mandates and students’ increasing needs.

The pandemic exacerbated the problem, requiring the district to spend more to pivot to virtual learning while a lot of local revenue dried up, including funds the district receives via so-called sin taxes, including liquor-by-the-drink, and a use and occupancy tax on business.

A five-year influx of $1.8 billion federal pandemic aid helped, he said, but did not erase a huge structural deficit — meaning that on an annual basis, the district’s expenditures exceed its revenues.

Monson became the district’s chief financial officer in 2016 after working in several finance positions for suburban Montgomery County and the city of Philadelphia.

When he took over, the district was still recovering from a fiscal crisis caused when federal aid from the recession ended and the state slashed aid to schools instead of making it up. The district laid off 1,000 people, including all its counselors and nurses.

Under cross-examination from Thomas DeCesar, an attorney for Republican Senate President Jake Corman, Monson acknowledged that the district is now in “decent financial shape” due to prudent fiscal management. But he was careful to distinguish between that and having money to meet student needs.

In making budget decisions, he said, “instead of starting from what needs to happen, you start from what you can afford,” he said. “All decisions are resource-driven as opposed to needs-driven.”