Please ensure Javascript is enabled for purposes of website accessibility Does Biden’s plan for a $15 minimum wage for child care workers go far enough? - THE CHICAGO HERALD Press "Enter" to skip to content 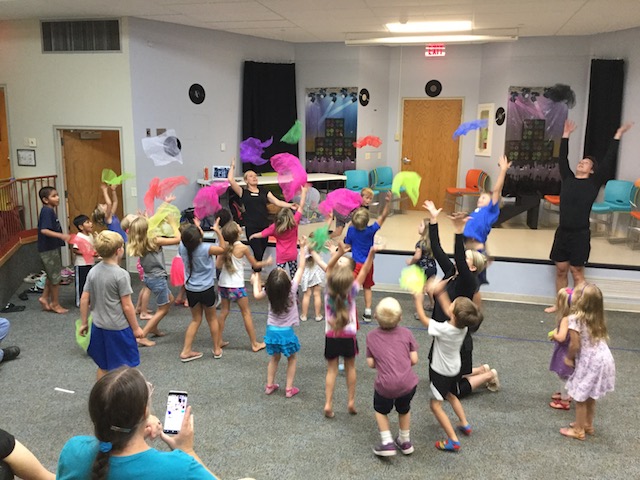 President Biden’s proposal to set a new minimum wage for child care and preschool workers would be a good first step in an industry known for low pay and high turnover, but more must be done to establish a livable wage long term, advocates say.

That’s the initial response to a $15-an-hour minimum wage proposal included in the $1.8 trillion American Families Plan Biden presented to Congress this week.

“It’s better than where we are now, but it’s not the finish line,” said Meg Franko, the director of Research and Policy at the nonprofit Early Milestones Colorado, which supports local and state early childhood efforts.

The largely female early childhood workforce, numbering more than a million nationwide, has increasingly been recognized during the pandemic as essential to working families and a healthy economy.

The impact of a $15 minimum wage mandate could vary widely, packing a bigger punch in states with low minimum wage rates or other factors that push compensation down.

Nationally, the median hourly wage is $11.65 for child care workers and $14.67 for preschool teachers, according to a 2020 report from the Center for the Study of Child Care Employment at the University of California, Berkeley. About 40% of the early childhood workforce are women of color, and many early childhood workers make so little that they qualify for public assistance.

“It’s hard to recruit in the field when Target is paying more than you make as an early educator,” Franko said. “At least at $15 an hour, there is some competitiveness there.”

In addition to the $15 minimum wage, Biden’s proposal calls for early childhood workers with comparable qualifications to kindergarten teachers — typically at least a bachelor’s degree — to earn commensurate pay. Places such as New York City already have such pay parity efforts, but many workers struggle to take advantage of them because it’s hard to earn the necessary credentials while working full time for little money.

Given the hefty price tag of the plan, which comes on the heels of a $2 trillion infrastructure proposal, there’s no guarantee it will become law or include the level of funding the president seeks. Still, some advocates are hopeful.

“It has a real shot at passing,” said Mario Cardona, chief of policy and practice at Child Care Aware of America, a national advocacy group. “Child care is not one of those things that people are saying is not worthy of investment. It’s just the opposite.”

Cardona said details still need to be hammered out in terms how a $15 minimum wage for child care workers would be enacted, but one possibility is that states would agree to require that wage floor in exchange for a new federal infusion of early childhood money.

“The resources are coming from feds, but the rubber is going to hit the road at the state and local levels,” he said.

Laura Ensler, a longtime early education consultant in New York City, said lead teachers already make at least $15 an hour, but some teaching assistants, aides and paraprofessionals may not be getting that rate even though it became the city’s minimum wage last year.

Ensler also worries Biden’s plan is vague and that a $15-an-hour wage could take years to phase in even as workers teeter on the brink of poverty.

“There’s so many questions and the industry is dying,” she said. “I feel like you’ve got to act quickly here because it’s getting worse by the day.”

In Illinois, which had an $11.19 per hour median wage in 2019 for child care workers, policymakers have started laying the groundwork for pay raises that would increase those salaries to be more on par with public school teachers. Fourteen months ago, Gov. J.B. Pritzker convened a finance commission made up of the state’s top early education leaders and tasked it with designing a new system for children under 5. Among that group’s $12.4 billion in recommendations is a compensation scale that could pave a path for pay parity with public schools.

Illinois also has experimented with a debt forgiveness program that helps some child care workers pay off unpaid parking tickets that block them from programs where they could earn more advanced credentials.

In Detroit, where the median hourly child care wage is under $12, child care center director Princess Dobbins isn’t opposed to a $15-an-hour minimum, but said she can’t offer it without additional government funding.

“I want to pay my workers top dollar, but they’re not giving us that type of money,” she said.

Dobbins, who runs Christios Child Care Academy, serves many children who qualify for child care subsidies. But Michigan’s subsidy rates are among the lowest in the country and providers who rely on them typically can’t afford to pay competitive wages.

“In order to get good workers you have to pay good money,” she said.

Gastineau likes the idea of a $15 minimum wage for child care workers.

“I think it’s a good idea … and i think it may draw in people who have an interest in the field but choose not to [pursue it] because of the low pay,” she said.

This article was originally posted on Does Biden’s plan for a $15 minimum wage for child care workers go far enough?