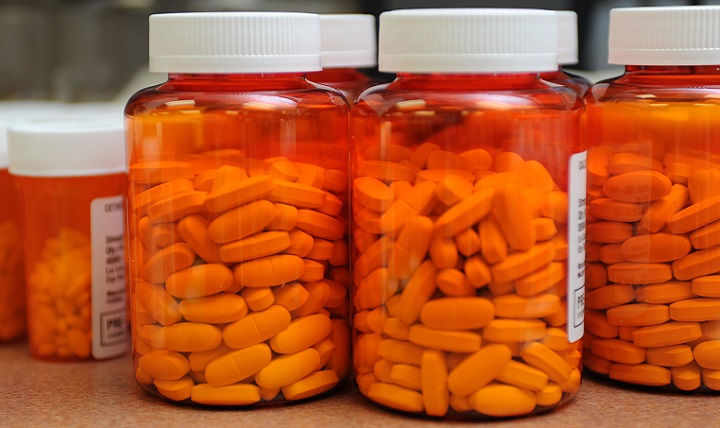 As Covid-19 has spread across the United States and the world, some groups of people are proving to be more vulnerable than others. While young adults and even children can die from Covid-19, they are generally less likely to get sick overall. Older adults and people with underlying medical conditions — such as heart disease or diabetes — are more likely to develop a severe form of the disease or even die.

As a group, older people take more medications than younger people, and those with chronic diseases may take drugs to manage their condition. All of this raises an important question for Covid-19 treatment: Is it safe to combine an existing drug regimen with one or more of the experimental medications currently being used to treat the disease?

A new searchable drug interaction checker could help physicians answer this question. The Liverpool Drug Interaction Group, based at the University of Liverpool in the United Kingdom, worked in collaboration with other research teams to gather data on a wide variety of drugs, and create a set of recommendations about potential drug interactions. They first released these recommendations in March as static PDFs; the interaction checker went live this week. The group found that some of the most commonly prescribed medications — including heart-related medications, antifungals, antibacterials, antidepressants, contraceptives, neuroleptics, and sedatives — can have strong and sometimes dangerous interactions with some experimental Covid-19 therapies.

Among the therapies is remdesivir, which recently received emergency use approval from the U.S. Food and Drug Administration as a treatment for hospitalized patients. (Some scientists have questioned this decision.) Remdesivir appears to have fewer interactions than other potential Covid-19 therapies, though that could be due to a lack of data.

When two or more drugs react with each other, it’s called a drug-drug interaction. And this phenomenon is “one of the most complex areas of pharmaceuticals in the world,” says Raymond Woosley, a professor of biomedical informatics and medicine at the University of Arizona College of Medicine – Phoenix who was not involved in the database creation. The more drugs a patient is taking, the more complex the picture gets.

Saye Khoo, the scientific lead of the Liverpool team and an infectious disease physician at Liverpool University Hospitals, has observed “very complex, two-, three-, four-way interactions” in Covid-19 patients. These interactions themselves can cause harm — a harm that physicians may wrongly attribute to Covid-19. This not only puts patient health at risk, it could also make it more difficult to interpret the results of clinical trials — the research studies currently being performed on patients to evaluate Covid-19 treatments.

And yet according to Khoo, this isn’t a doomsday scenario. Most drug interactions can be managed, he says, so that seriously ill Covid-19 patients can receive “the best drug in a lifesaving scenario.” But first, doctors need to be aware of the potential for harm.

Data also came from CredibleMeds. Founded by Woosley in 1999, the online resource is devoted to the safe use of medicines, particularly those known to cause a heart rhythm problem called QT interval prolongation, which can increase the risk of torsades de pointes, a heart arrhythmia that can result in sudden cardiac death. There are currently 54 such drugs on the market, says Woosley, including some that have been used as experimental treatments for Covid-19, including azithromycin and hydroxychloroquine, which Donald Trump and other politicians have promoted with little evidence. (On April 24, the FDA issued a warning against prescribing or taking hydroxychloroquine or chloroquine outside of a hospital or clinical trial.)

The Liverpool resources largely focus on drug interactions that may influence how much of a drug is in your system, so-called pharmacokinetic interactions. Over the years, scientists have learned that one drug can block — or hasten — the elimination of another. For example, according to the Liverpool data, an antifungal used to treat some yeast infections, called posaconazole, blocks the elimination of an HIV drug called atazanavir that researchers are studying for its potential to treat Covid-19. This interaction can lead to a buildup of nearly triple the amount of atazanavir in a person’s system. “That would kill you,” Woosley says.

Some of the HIV drugs themselves can prevent other medications from being eliminated from the body, adds Khoo. Combining a cholesterol-lowering statin such as atorvastatin, for example, with an HIV drug, could result in a nearly fivefold increase in the levels of the statin in the body.

According to the Liverpool data, some of the riskiest drug-drug interactions are between experimental Covid-19 treatments and heart-related medications, including antiarrhythmics, beta blockers, anti-coagulants, calcium channel blockers, some hypertensives, and lipid-lowering statins. Many shouldn’t be taken at the same time as some experimental Covid-19 therapies, according to the Liverpool group’s analysis.

Antibacterials are another notable category; most have a known QT interval or torsades de pointes effect, and others can change the amount of a Covid-19 drug, a comedication, or both in the body. G. Caleb Alexander, a physician and co-director of the Johns Hopkins Center for Drug Safety and Effectiveness, points to rifampicin, used to treat tuberculosis and other serious infections. It can lower the amount of another experimental Covid-19 treatment — the HIV drug ritonavir/lopinavir — by 75 percent. Alexander, who was not involved in the Liverpool research, says that prescribing such a combination would be “asking for trouble.”

Brain-related medications are highly interactive as well, particularly those used in psychiatry. Among the notable categories in this realm, “I would include anticonvulsants, analgesics, antidepressants, anti-psychotics, neuroleptics, and anxiolytics. The reason being is these drugs are frequently used in combination,” says Sheldon Preskorn, a physician, clinical trialist, and professor in the Department of Psychiatry and Behavioral Sciences at the University of Kansas School of Medicine – Wichita, who was not involved in the Liverpool group. Widely prescribed drugs in these categories include fluoxetine, or Prozac, and alprazolam, or Xanax.

Khoo says that while there are a wide variety antidepressants, most come from just a few families of drugs, and they’re metabolized in similar ways. So an HIV drug, for example, could make many antidepressants more toxic by preventing their breakdown and elimination from the body.

Even drugs categorized as low risk to combine with experimental Covid-19 treatments could be problematic, says Woosley. In some cases, there simply isn’t enough available data to know for certain. The Liverpool recommendations acknowledge this with a caveat: “Drug interaction data for many agents are limited or absent; therefore, risk-benefit assessment for any individual patient rests with prescribers.”

Other drugs considered safe for some might not be safe for all. For example, in order to receive market approval from the U.S. Food and Drug Administration, a drug must be tested for its effects on the heart, Woosley says. But such tests involve volunteer participants with normal heart function. High-risk patients — including those most likely to have a severe response to Covid-19 — are excluded. Such studies “don’t really give you the assurance that the toxicity won’t occur,” says Woosley. “The data are really skewed.”

In a real-world hospital setting, a patient’s existing medications and any additional drugs are recorded throughout treatment. Hospitals have access to databases that can flag potential drug interactions. If a patient has an adverse reaction, they’re in the right place for a quick response, says Alexander: “Many of the patients who are sickest and most likely to receive these investigational products are going to receive them in highly monitored settings where the screening and prevention of drug-drug interactions is much more easily done.” If a doctor sees a problem, they may be able to adjust or eliminate the drug.

And many patients will receive their experimental Covid-19 medications as part of a clinical trial, a research study performed on people to evaluate new treatments. More than 500 trials are currently underway, including the Solidarity trial. Launched by the World Health Organization, the trial has already enrolled thousands of hospitalized Covid-19 patients in more than 100 countries. The trial is designed to evaluate four potential medications, including remdesivir and hydroxychloroquine.

In general, clinical trials keep track of any additional pharmaceutical products that patients might be taking, says Alexander. This means that, over time, researchers can identify unexpected drug interactions. But this process is slow because most of the current clinical trials have not been specifically designed to yield this type of information.

Another concern is that drug-drug interactions have the potential to alter study results, says Woosley. Known interactions — such as those flagged by the Liverpool Drug Interaction Group — will be on the radar. “But often, drug interactions aren’t known yet. So they may be missed for that reason.”

The picture should become clearer as more data become available over time and as researchers are able to synthesize results from multiple studies, or do deeper analyses of patients who don’t respond well to typical dosages of a drug.

Despite his concerns, Khoo stresses that saving the lives of Covid-19 patients is the primary concern of physicians. Addressing drug interactions comes secondary to that. “The tail doesn’t wag the dog — you don’t let the interactions decide what drug to give,” he says.

But “what we don’t want people to do,” Khoo adds, “is to forget that there are really important, life-threatening drug interactions and ignore that.”

This article was originally published on Undark. Read the original article.