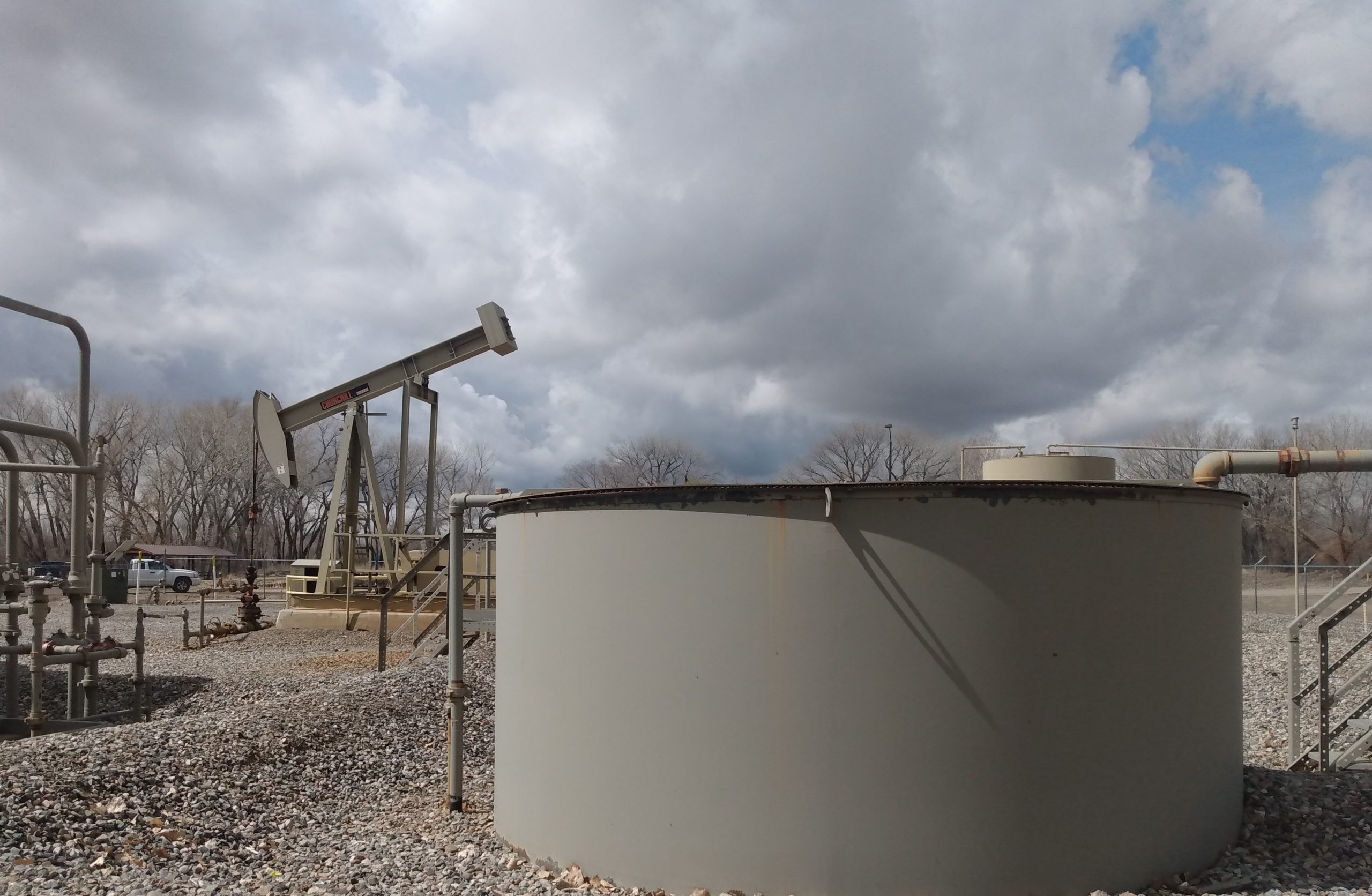 With just days left before a public hearing of the ozone precursor pollutants rule, changes are still being made to the proposal that the New Mexico Environment Department plans to present to the board.

Among the changes has been a back and forth regarding inspections for wells that only have the potential to emit small amounts of pollutants.

The ozone precursor pollutant rule is intended to address emissions of oxides of nitrogen and volatile organic compounds from oil and natural gas infrastructure. These emissions react with sunlight to form ozone, which can lead to respiratory problems.

Addressing the emissions of ozone precursors will also help address methane emissions, officials say, and NMED Secretary James Kenney said the rule his department drafted is intended to work in conjunction with the methane waste rules crafted by the Energy, Minerals and Natural Resources Department. The EMNRD methane waste rules received approval from the Oil Conservation Commission earlier this year.

Environmental advocacy groups say a key provision of the ozone precursor pollutants rules is regular leak detection and repair. Because of that, they were concerned when NMED changed the proposed rules from requiring annual inspections using methods like optical gas imaging cameras for wells with low potential to emit to only a single inspection within the life of those wells.

These wells can continue in operations for decades and, during that time, the advocates argued that emissions could go undetected and impact both human health and the environment.

“Rural New Mexicans are at a tremendous disadvantage and we rely on regulators like NMED to protect us,” activist and rancher Don Schreiber told NM Political Report last week.

Then, on Monday, staff from the environment department met with advocacy groups to hear the concerns. NMED Secretary James Kenney told NM Political Report that the department will present the rules requiring annual leak detection, as was included in a late July filing the department made in the case docket.

“We’re very happy that the state is going to be going back to what we thought was a very strong rule for leak detection and repair inspections that compares favorably with what other leading states have done,” said Jon Goldstein, the director of regulatory and legislative affairs for Environmental Defense Fund.

Kenney said the New Mexico Oil and Gas Association expressed concerns about the economic impacts that annual leak detection using flare cameras could have on small operators. Even under the once in its lifetime proposal that NMED has since reversed course on, Kenney said the rules would have still required audio, visual and olfactory inspections, or AVO inspections, on a monthly basis.

Industry groups like NMOGA are concerned about the costs of implementing the requirements in the proposed rule. NMOGA has estimated that 87 percent of operators in the state will not be able to absorb those costs, which include retrofitting facilities as well as increased leak detection and repair.

Goldstein said the AVO inspections are not adequate to catch leaks of an “odorless, colorless gas” and that the potential to emit calculations the state does underestimate the full potential for emissions.

The back and forth between industry, environmental advocates and NMED is not unusual, Kenney said. He said it is done in a transparent manner and that he expects this back and forth will help develop some of the strongest rules in the nation.

While NMED will be presenting the annual leak detection as its proposed rule, Kenney said he anticipates the once in a lifetime requirement for small wells will be brought up by at least one party in the case. He said it will be up to the Environmental Improvement Board to decide which requirement to go with.

The annual leak inspections are supported by Occidental Petroleum, or Oxy, one of the largest oil producers in the state. Oxy reached out to the environmental advocacy groups in hopes of finding common grounds, and, while the company and the nonprofits did not agree on all measures, they did agree on several key measures.

In an emailed statement, the company said that it has a longstanding policy “to seek continuous improvement in resource recovery, conservation, emissions prevention and energy efficiency in our operations, including ongoing efforts to manage and capture volatile organic compounds and nitrogen oxides, which are ozone precursors.”

Oxy said it supports NMED’s ozone-related rulemaking and that the conversations between the company and environmental groups could help create a better rule for New Mexico.

“Oxy has a well-established history of collaborating with environmental groups and other stakeholders to promote rulemakings that address our regulators’ health, safety and environmental priorities, including achieving air quality objectives, while supporting local investment, tax revenues and employment. We find that policies and regulations developed and supported by a consensus of stakeholders who bring different perspectives to the table are more practical, sustainable and create the best results.”

While Oxy supports the annual inspections of the wells with low potential to emit, the company states that there is technology available that can be used in place of the optical gas imaging cameras that will be just as effective. For example, it has installed small sensors at some of its sites. Along with recording audio and visuals, the sensors provide real-time data to quickly detect leaks, which will lead to faster repairs, according to testimony filed by Oxy witness Danny Holderman, who is the company’s asset director in the Delaware Basin Business Unit.

In addition to supporting the annual inspections, Oxy also found common ground with the advocates in areas like requiring more frequent inspections for wells within 1,000 feet of schools, homes and businesses and making sure emissions during completions and recompletions of wells are captured.

These are two areas that Goldstein said his group will push for during the hearing.