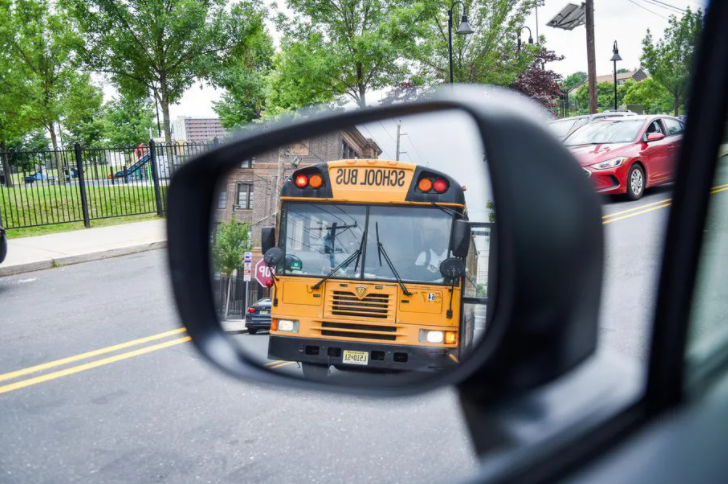 By Aaricka Washington .Chalkbeat on April 14, 2021

In response to a proposal to cut bus service for 2,600 students, community members at a virtual town hall peppered Indianapolis Public Schools district and transportation officials with questions about a lack of lighting, sidewalks, supervision, and protection from the weather.

In the first of three town halls on transportation, IPS and IndyGo officials on Monday responded verbally to written questions submitted in a chat box or on a district feedback form. Parents and others logging in were provided no way at the event to speak to the officials.

The district has proposed to scale back transportation to cut up to $7 million from its budget and to bring its practices more in line with those of other similar districts.

But people worry about sending children on foot and by city bus to school.

Some pointed out the lack of sidewalks in neighborhoods, exposing children to speeding traffic.

“I live where there are no sidewalks to get to the IndyGo bus stops,” one participant noted on Monday.

Zach Mulholland, the district’s executive director of operations, responded that in cutting bus routes, the transportation team considered the availability of safe walking routes to schools. He said that unfortunately, Indianapolis has more miles of roads than miles of sidewalks.

“There may not be a sidewalk to support every single walk route,” Mulholland said. “What we look at is if there is a pedestrian-supported safe route to school for a student based in that walk boundary.”

District officials said they also looked at hazards like busy roads and freeways.

Mulholland said that many of the concerns that people brought up about walking to IndyGo stops also apply to school bus service.

IndyGo trains its bus drivers to call the dispatch center to ask for city police in case of problems, said Mark Emmons, IndyGo’s director of safety, security, and training.

Parents also object to sending elementary children on foot. Alicia Rodriguez said her family lives more than a mile from Lew Wallace Elementary School 107, but the district has determined her 9-year-old son should walk next school year.

Rodriguez said her son would have to walk 25 minutes, along a section without sidewalks and past a gas station that has been the scene of robberies, police activity, and traffic accidents.

Rodriguez, who said she could not attend Monday’s town hall, said she  has not heard back from the district about her concerns.

Mulholland said parents may request an exemption to the loss of bus service. The district also will help organize student walking groups.

He also said parents with concerns may contact their school leader, school board member, or a family and community engagement liaison.

The district has been forced to consider steep cuts, including reducing transportation and potentially closing schools, after years of shrinking enrollment and as lawmakers have shifted school funding formulas in favor of more affluent districts.

The district plans to hold virtual town halls about walk zones at 6 p.m. on Wednesday and about IndyGo at 6 p.m. on Thursday. Click here to register. The board is scheduled to vote on the proposal April 29.