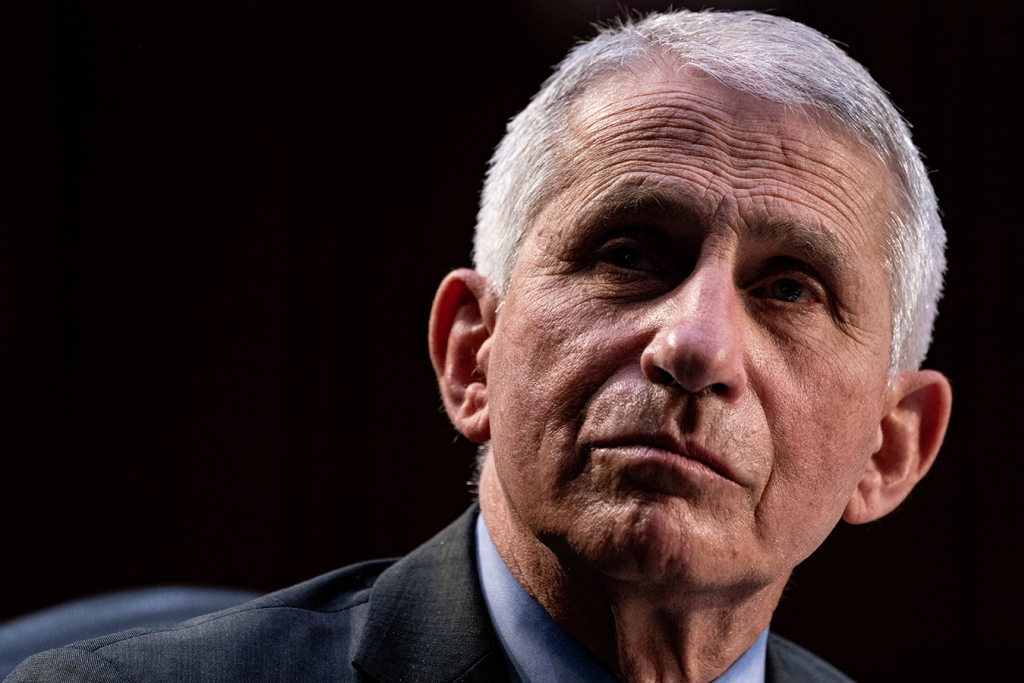 “We rightfully refer to these people without hyperbole — that they are true heroes and heroines,” he said in an exclusive interview with The Guardian. The deaths of so many health workers from covid-19 are “a reflection of what health care workers have done historically, but putting themselves in harm’s way by living up to the oath they take when they become physicians and nurses,” said Fauci.

KHN and The Guardian have tracked health care workers’ deaths throughout the pandemic in the “Lost on the Frontline” database. More than 3,600 health worker deaths have been tallied in the database, considered the most authoritative accounting in the country.

Personal protective equipment — including gloves, gowns and critical masks — have been in short supply since the pandemic began and heightened the toll. The U.S. is the world’s largest importer of PPE, which made it especially vulnerable to the demand shock and export restrictions that hit the global market last spring.

“During the critical times when there were shortages was when people had to use whatever was available to them,” said Fauci. “I’m sure that increased the risk of getting infected among health care providers.”

Shortages were compounded by the federal government’s failure to maintain a national stockpile of personal protective equipment, and the Trump administration’s refusal to order more domestic manufacturing of PPE. That left health workers to use trash bags as gowns, reuse N95s for weeks and, at times, go totally without gloves.

The shortages led to protests by health workers, who said working amid the pandemic without equipment left them like “sheep going to slaughter.” Nina Forbes, a nurse at an assisted living facility, was forced to wear a trash bag at times, according to her daughter, and later died. A year into the pandemic, gowns and gloves remain in short supply, according to the Food and Drug Administration.

Nearly 560,000 Americans have died in the covid pandemic, with many more experiencing long-term symptoms of covid.

Health workers have been especially vulnerable through the pandemic, as they have treated patients through early waves when the lack of personal protective equipment was especially acute, through summer surges and a disastrous peak in the winter.

A study of health workers in the U.S. and the United Kingdom in The Lancet found health workers are three times more likely than the general public to become infected with the covid virus, with disproportionate impacts on minority health workers.

“It’s very clear when you just go to the media and see the images on television — the stress and the strain on the faces of health care providers, nurses, doctors, other people involved in the health care enterprise,” said Fauci.

“We certainly want to find an accurate count of the people who die,” said Fauci, without noting when the government should undertake such an effort. “Certainly, that’s something I think would fall under the auspices of the federal government.”

Even as the vaccine rollout picks up speed, health workers continue to be imperiled. More than 400 died between the time the rollout began and late February. Infections among vaccinated health workers have steeply declined, but because deaths are a lagging indicator of the spread of covid, some health workers will have been sickened before widespread vaccination.

At the same time, immunity to coronaviruses generally wanes over time and variants may blunt the efficacy of some vaccines. A global shortage of vaccines means dozens of poor nations have not inoculated a single person. Advocates argue this has led to a global “vaccine apartheid,” which will contribute to the continued emergence of variants. Both scenarios could imperil health workers anew and necessitate a new round of adult mass vaccination.

Studies into the duration of immunity for vaccines, and variants’ impact on vaccines, are ongoing. “If we’re going to need to do boosting with a variant-specific boost, [we] will be prepared for it because we’re already doing a study,” Fauci said, with such research taking place at the National Institute of Allergy and Infectious Diseases, which he leads. Even so, “it looks like our ability to protect against variants with the standard vaccine might be better than we anticipated.”

Regardless of how future vaccination campaigns play out, Fauci said, U.S. policymakers should learn from what has transpired over the past year.

“We better make sure the lesson we will learn is that we will never again be in a situation where people who are putting their health and their safety on the line don’t have the appropriate equipment to protect themselves safely,” he said.