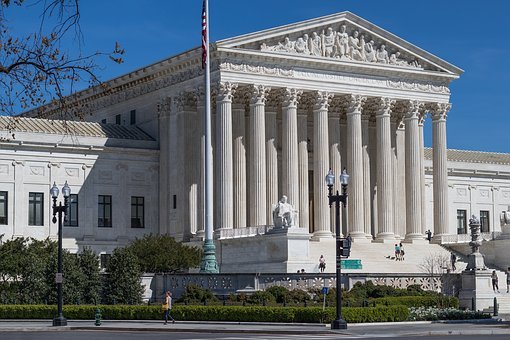 The First Circuit Court of Appeals on Thursday rejected a request by a union in a case that has been ongoing on since 2009, handing a victory to a longtime non-union Rhode Island nurse who objected to being forced to pay for union lobbying expenses.

For 11 years, United Nurses and Allied Professionals (UNAP) officials and lawyers have argued that non-union nurses like the plaintiff, nurse Jeanette Geary and her fellow nurses who are not members of their workplace’s union, be required to pay union lobbying expenses.

The Supreme Court ruled in Beck that private sector workers in states without right-to-work protections can only be forced to pay union fees for union activities “directly germane” to the union’s bargaining functions, which excludes political activity like lobbying. In anotherfoundation-won case, the court held that union officials must provide an audited financial breakdown of how forced union fees are spent.

Geary filed unfair labor practice charges after UNAP officials failed to provide her evidence of a legally required independent audit of its breakdown of expenditures. She also challenged the union’s forcing her and other employees to pay for union lobbying activities in state legislatures.

In 2012, the NLRB ruled against Geary, but its decision was invalidated by the Supreme Court’s holding in NLRB v. Noel Canning, which said that the NLRB lacked a valid quorum because of unconstitutional “recess appointments” made by then-President Barack Obama. Seven years later, Geary’s case was one of the only remaining decisions invalidated by Canning still pending without a decision by the NLRB.

In January 2019, the foundation filed a petition with the U.S. Court of Appeals for the District of Columbia Circuit, seeking a court order that the NLRB promptly decide Geary’s case. The appeals court agreed and ordered the NLRB to respond to the petition, which it did on March 1, 2019.

In September 2020, the First Circuit handed a unanimous ruling in favor of Geary, arguing “we see no convincing argument that legislative lobbying is not a ‘political’ activity.”

The union appealed again, this time requesting that the case be reheard by every judge on the Court of Appeals. On Thursday, the First Circuit denied their request with no judge dissenting.

“The First Circuit’s unanimous ruling for Ms. Geary, followed by denial of rehearing, demonstrates the clarity of the Supreme Court’s standard in Beck, and shows how flagrantly UNAP officials disregarded her and her coworkers’ Beck rights well over a decade ago,” Foundation President Mark Mix said in a statement. “While it is just plain wrong to force workers to shell out cash for union political expenses as a condition of keeping their jobs, federal labor law as a whole needs reform so no worker is forced to accept or pay for the ‘representation’ of union hierarchies they don’t want and never requested.”

The only remaining option left for UNAP is to submit a petition requesting the U.S. Supreme Court hear its case, which it has not yet done.