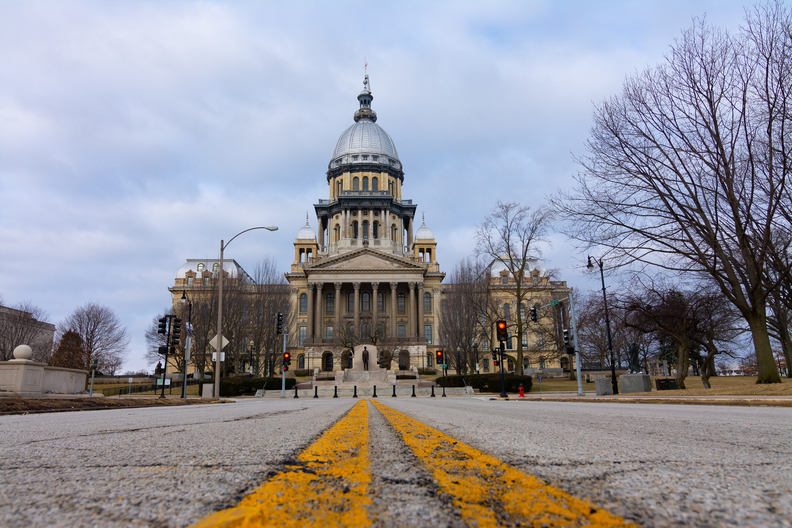 During the lame-duck session in January, the Black Legislative Caucus was able to pass an ambitious omnibus bill that included reforms to advanced courses, high school graduation requirements, access to early childhood education, and more. Gov. J.B. Pritzker signed the bill into law on Monday.

Since it was the first time legislators had a chance to meet before swearing in new lawmakers due to the coronavirus pandemic, the session was short and many bills that would have been up for a vote languished.

Among the bills we’ll be watching this session:

Establishing a 21-person elected school board

As the spring session picks up in Springfield, Chicago’s elected school board bill is an issue that parent advocates want to see taken up by legislators.

In Chicago, the mayor appoints a seven-person school board to serve four-year terms. The proposal that has gained the most traction would create a 21-person school board by 2023. If created, this board would be considerably larger than that of most other big cities — New York City, the largest school district in the country, has a 13-person board.

Local school advocates argued during a press conference last week that an elected school board will give families a voice in what happens with their schools. The advocates want to see Mayor Lori Lightfoot support the bill because it was an issue she supported while running for office. But Lightfoot has opposed the school board bill sponsored by Sen. Robert Martwick, arguing that the board would be too large. In a recent New York Times article, she said that schools would not have reopened throughout Chicago without mayoral control.

Elisabeth Greer, parent at the National Teachers Academy, a school in the city’s South Side that was set to be closed in 2016, said an elected school board would be more accountable than an appointed one.

Senate President Don Harmon did not call the bill for a vote during January’s lame-duck session. This session, Martwick and Rep. Kam Buckner have filed similar bills in the Senate and House.

Public schools are responsible for providing services to young adults with special needs until age 21, according to the Individuals with Disabilities Education Act. States have interpreted some of the requirements of the law in different ways. Illinois is the only state that cuts off services for students the day before they turn 22 years old.

Education advocates and school administrators have pushed for Illinois to change the cut-off time because it does not allow for students to transition into college, employment or living independently smoothly.

“You, I, our parents, we knew when we were going to finish high school from the moment we entered. That allows for everyone, including us and our school counselors, to plan resources for our next move. Whether we were going to college or the military,” Joshua Long, principal of South Side Occupational High School, said.

Several bills have been filed to ensure that students can finish the school year in which they turn 22. HB 40 is a broad bill that would require school districts to provide services for the entire academic year, even if the student turns 22 midyear. SB 1821 would require school districts to provide students who lost services during the coronavirus pandemic to receive those services in the 2021-2022 school year.

In Illinois, a predominately white teacher workforce (82%) manages classrooms for a student body that is 26% Latino, 16% Black and 48% White. Advocates have long called on the state to diversify its teachers’ population, citing research that shows having teachers of color in the classroom improves outcomes for students of color.

This year, the state board of education has created a report card that will track the race and ethnicity of student teachers. An analysis of teacher data by a nonprofit state advocacy group, Advance Illinois, shows that aspiring teachers of color enter preparation programs in encouraging numbers, but they aren’t hired at the same rates as their peers.

Workforce issues have long plagued early education in Illinois. Turnover is high and salaries are low. In 2019, the median hourly wage for a child care worker in the state was $11.19 and that was a decrease from the previous year, according to a 2020Center for the Study of Child Care Employment report.

Eager to address the problem, policymakers have tried to figure out ways to steer more child care workers into degree programs that they argue would improve teacher quality —  and earning potential, since degreed teachers earn considerably more.

“It’s a bill around removing financial barriers towards attaining higher education because nearly 50% of our early childhood workforce is also eligible for public assistance. The Community College route is far more affordable,” said Pacione-Zayas. At City Colleges of Chicago, for example, a scholarship program for Chicago Public Schools’ graduates allows anyone with a 3.0 grade point average to attend school for free.

At the heart of the bill is equity, said Zayas, as the current workforce is primarily women of color, immigrants and refugees. She hopes that the bill will benefit rural communities who don’t have immediate access to a four-year institution.

Subsidizing some costs of school police

HB 167 would allow the Illinois State Board of Education to award grants to law enforcement agencies that provide school resources officers to public schools. The grants could be used by a district to help with the costs of hiring an officer. This would open the door for school districts who couldn’t afford a resource officer to get one.

The bill comes at a time when Chicago’s school police program has been closely scrutinized. After the police killing of George Floyd in Minneapolis last summer, calls to remove school police programs grew louder. Under pressure from student activists, Chicago Public Schools asked Local School Councils to vote on whether to keep officers on campuses. A majority of schools voted to keep their officers. Ultimately, the Chicago Board of Education narrowly voted to keep a $33 million contract with the city’s police department, but passed a separate resolution to pressure the district to work toward a police-free safety plan by spring.