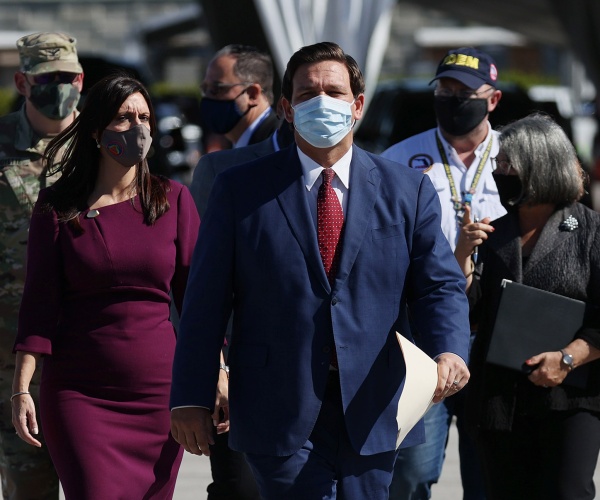 Bills revising Florida’s trade secret law and placing enhanced disclosure requirements on sources of foreign grants for university, medical and high-tech researchers are set for adoption by the House and Senate.

The bills are a response to Gov. Ron DeSantis’ call for lawmakers to adopt legislation to thwart attempts by foreign governments to infiltrate agencies and universities to steal trade secrets.

HB 1523 has passed through committee reviews and two floor readings and could be formally adopted by the House this week.

Its Senate companion, Senate Bill 1378, filed by Sen. Jennifer Bradley, R-Orange Park, passed through its final hearing March 25 and could also be approved within days.

“The criminal statute is outdated in that it requires you to actually take a physical item, which really isn’t the way people commit trade secret theft. They upload it to a cloud, they put it on their own USB, they download it onto their home computer. It’s not like 30 years ago, where you might print something, steal the blueprint, so forth,” he told the House Judiciary Committee on March 17.

The ‘Combating Corporate Espionage’ bill makes “trafficking in trade secrets” a second-degree felony. If investigation reveals the crime was committed to benefit a foreign government, it would be a first-degree felony.

Under the bills, private individuals and corporations could also seek compensation in state courts for stolen trade secrets.

The seven nations are drawn from the federal government’s “foreign adversaries list,” but the bill is a response to Chinese subterfuge following 2019-20 revelations that the Confucian Institute, oft-cited as a source of “plants” to harvest research data, had been integrated through grant programs into several Florida schools, including Miami-Dade College.

Other incidents involve a former University of Florida professor charged with fraud in February for allegedly accepting a federal research grant while concealing Chinese sources of financing, and Tampa’s Moffitt Cancer Center administrators being ousted for alleged failure to disclose receiving money from Chinese sources to recruit U.S. researchers to work in China.

House Speaker Chris Sprowls, R-Palm Harbor, who spearheaded a 2019 probe of four University of Central Florida professors amid allegations of theft of research by China, said before the session began that concern is urgent.

“It sounds like an Ian Fleming novel,” he said on March 1, “but, in fact, here in Florida it is very real. China is engaged in an aggressive propaganda and espionage campaign right here in the state of Florida.”

Under HB 7017/SB 2010, Florida universities and state agencies must disclose foreign donations and grants over $50,000 from the seven nations. Grant applicants would be required to disclose all financial connections with any of the seven countries of concern.

The bills would also prohibit donations “conditioned on a program to promote the language and culture of any of seven countries of concern” and would protect whistleblowers.