Please ensure Javascript is enabled for purposes of website accessibility For Counties and Clinics, Blue Shield Takeover of Vaccination Task Fixes What Wasn’t Broken - THE CHICAGO HERALD Press "Enter" to skip to content 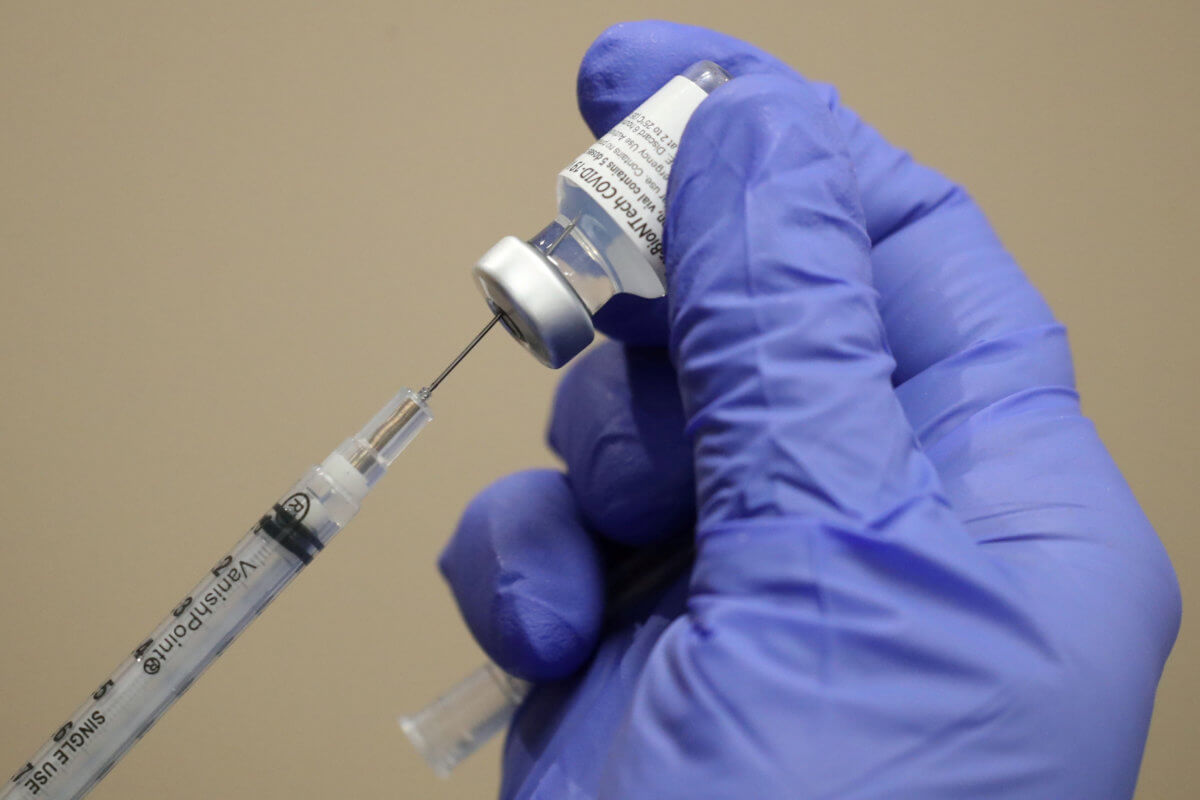 Despite the county’s remoteness and its largely rural population spread among wooded mountains, rugged coastline and idyllic vineyards, about 40% of eligible adults have received at least one dose of a covid-19 vaccine.

But now they face renewed turbulence as health insurer Blue Shield of California takes over the state’s vaccine program with the mission of speeding up vaccinations.

Instead of tracking down the most vulnerable of the county’s roughly 68,000 eligible residents, community clinics and health care workers will be learning data systems. Instead of administering vaccines, they’ll be navigating new software. And instead of strengthening collaborations with the county that have helped get vaccines into arms, they’ll be forging relationships with the insurance company.

“I’m not quite sure what issue the state was trying to fix when they moved to this contract,” said Mendocino County CEO Carmel Angelo.

What’s happening in Mendocino echoes the frustrations, successes and stumbles felt by counties and clinics across the state during this turbulent transition.

Counties had been receiving vaccines from the state before turning around and distributing them to clinics in their areas. In March, the state started transferring that responsibility to Blue Shield, which will supply doses to most providers directly beginning this week as part of its $15 million no-bid contract with the state.

Counties will continue to receive doses for their own vaccination sites and will be able to share some with community clinics. But they will no longer be orchestrating how to allocate doses to clinics countywide. That is now Blue Shield’s responsibility.

That crazy-quilt system makes it more complicated for clinics and counties, not simpler. “We’ve been very nimble in terms of giving certain amounts to certain people,” said Mendocino County Public Health Officer Dr. Andrew Coren. Now, “it’s going to be hard for us to manage where there’s more need, or less.”

Before Blue Shield took over, county public health officials began holding Friday meetings with local providers, including hospitals and community health centers, something that didn’t occur before the pandemic.

The cooperation helped providers vaccinate people in hard-to-reach pockets of the county because clinics could discuss which ones had extra doses and which ones needed more, said Scott McFarland, CEO of MCHC Health Centers, which operates three clinics in Mendocino County and one in Lake County.

“It’s why we have seen success,” McFarland said.

Of the six community health center organizations in the county, all have signed on with Blue Shield or are in talks with the insurer.

Chloë Guazzone-Rugebregt, executive director of Anderson Valley Health Center in the inland town of Boonville, said the doses administered in Mendocino County have been hard-won, the result of hours of personal outreach to vulnerable and eligible communities.

Guazzone-Rugebregt said she is reluctantly starting over with Blue Shield because she feels she has no choice. She received the contract on a Friday night in mid-March and was told to sign by the following Tuesday if she didn’t want to lose her allocation — though she still has no idea how many doses are promised.

Erika Conner, a Blue Shield spokesperson, said the insurer is trying to enroll as many providers as possible into the state’s vaccination system, and work with them once they join.

“Our goal is to build a network that reaches every corner of our state, especially those communities that have been disproportionately affected by this pandemic,” she wrote via email.

McFarland said he looks forward to the streamlined process he hopes Blue Shield will bring. He isn’t worried about his allocation because his large clinics have been working with Adventist Health Ukiah Valley to set up weekly mass vaccination events that have administered up to 2,000 doses a day.

He sees no reason why his collaboration with the hospital can’t continue.

“It may take a week, it may take two weeks, but in the end, I think it’s going to be a better system,” McFarland said.

Darrel Ng, a spokesperson for the California Department of Public Health, said the the Blue Shield project has already improved vaccination distribution statewide, especially in communities that are most vulnerable to the virus. For instance, he said, vaccines in those communities went up by 30% from Feb. 20 to March 20.

“That’s evidence that the state’s actions are not just working, but helping to promote equity,” Ng said.

The biggest change on the horizon, and the one that has the potential to cause the most disruption for clinics, is the compulsory use of My Turn, the state’s centralized vaccine website. It’s meant to serve as an online hub where patients can find appointments and providers can order doses and set up clinics, all while seamlessly feeding data back to the state.

Mendocino County was one of the first rural counties to test it out, Coren said. Right away, there were problems.

For instance, Mendocino expanded vaccine eligibility to people with certain health conditions on March 1, two weeks before the state guidelines did the same. That was within the county’s authority, but My Turn couldn’t make sense of the conflicting eligibility categories.

So, for two weeks, providers logged patients into My Turn under a different category. That means someone who became eligible because they had cancer may have been coded as an agricultural worker, teacher or some other eligible profession.

But using tricks to get around the website’s quirks wastes time and skews county and state vaccination data, which could lead to future doses going to the wrong places or people, problems My Turn was specifically designed to prevent.

“It represents a big IT bureaucracy, so there can be major screw-ups, where, in the past, there were small screw-ups,” Coren said. “So it’s not perfect, it’s not going to be perfect, but I think we’re seeing that it’s improving.”

Ng said issues like that will stop once every county is using My Turn and vaccinating by the same eligibility rules this week. On Thursday, everyone 50 and older becomes eligible, regardless of their job or health status.

Focusing on data entry and website problems leaves clinics with less time to address the looming challenge of getting everyone vaccinated — not just the first wave of enthusiastic takers, Coren said.

“The problem is that it does take our eyes and our attention from some of the local issues,” like reaching vulnerable groups or overcoming language barriers, he said.

The way Guazzone-Rugebregt’s clinic has been able to reach them, and other vulnerable populations, is by being patient, flexible — and putting in the time, she said.

For instance, instead of relying on the population to find appointments online and provide all the right documentation, she’s been working directly with employers in the area, getting rosters of agricultural workers or other eligible professions to work from.

Getting people vaccinated requires personal connections, not sending them to a scheduling website or statewide hotline, she said.

“People need to trust who they’re interacting with in order to put themselves in a position to get this vaccine,” Renteria said. “Using their known medical providers, a name people already trust, is a great way to do that in a small rural community.”

This article was originally posted on For Counties and Clinics, Blue Shield Takeover of Vaccination Task Fixes What Wasn’t Broken