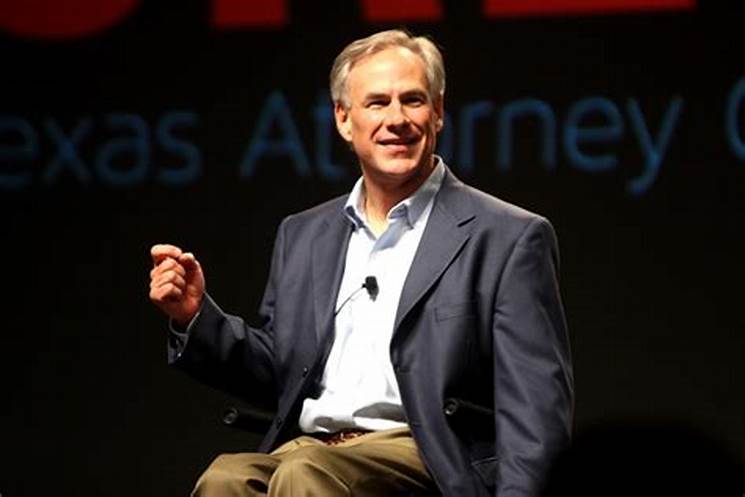 Operation Lone Star was launched in early March to help secure the Texas-Mexico border and combat the illegal smuggling of people and drugs in Texas. There are currently 1,000 Department of Public Safety (DPS) troopers, agents, and Texas Rangers actively engaged in the operation. The new anti-human trafficking efforts will be supported by the governor’s Child Sex Trafficking Team and other organizations and agencies.

Flanked by DPS Director Colonel Steve McCraw, Team Director Andrea Sparks in the governor’s Child Sex Trafficking Office, and Christy Lopez, Traffick911 advocate, the governor said Wednesday the Biden administration was “ill-prepared” to handle the influx of minors who have flooded the southern border in the past several weeks.

During the news conference at the Omni Hotel in Dallas, Abbott said he requested that the Biden administration allow Texas Department of Public Safety troopers to speak to the minors, which he said will happen.

DPS troopers and agents and Texas Rangers will conduct interviews with the minors to identify victims of human trafficking and gain actionable intelligence that will aid in the arrest of traffickers, he said.

“President Biden’s reckless open border policies have created a humanitarian crisis that is enriching the cartels, smugglers, and human traffickers who often prey on and abuse unaccompanied minors,” Abbott said. “Americans deserve to know what the Biden Administration is doing to investigate the surge of unaccompanied minors crossing the border and to protect those who are victims of human trafficking. That is why we are expanding Operation Lone Star to include anti-human trafficking efforts.”

The goal is to keep the children safe, root out human trafficking or other criminal activity, and prevent more children from being trafficked and abused, Abbott said.

“Whether it’s securing the border or fighting human trafficking, the state of Texas will always step up to fill the gaps left by Washington,” he said.

The convention center in Dallas has been leased for 75 to 90 days to act as a “decompression center” with volunteers from the Red Cross and Catholic Charities of Dallas, and federal officials and contractors arriving on Tuesday. The federal Office of Refugee Resettlement is also involved.

The city of Dallas will not be a part of the day-to-day operations.

The Federal Emergency Management Agency, which was tasked by the Biden administration to handle the influx of minors, confirmed that it is supporting the efforts of the Department of Health and Human Services to expand capacity “for safe and appropriate shelter,” and to provide necessities.

HHS plans on releasing the minors into the general public, meaning enrolling them into the public school system and onto public assistance programs like SNAP and Medicaid, once they are matched with sponsors or transferred to ORR care providers. The Biden administration says it is considering short- and long-term solutions.

In Midland, Texas, roughly 700 unaccompanied illegal immigrant minors are being housed in a county facility where they will remain for a few weeks.

Congressman Henry Cuellar, D-Laredo, said the Biden administration has not, and is not, consulting with Texas Democrats whose districts are along the border, even when they recently visited the border.

“They were down there in the [Rio Grande] valley just this last weekend and they didn’t contact Congressman [Filemon] Vela, Congressman [Vicente] Gonzalez or [me], which is very interesting,” Cuellar said on Sunday’s Inside Texas Politics. “We don’t just go to the border and just spend a few hours and think that we know the border better than somebody who has a lifetime of experience.”

This article was originally posted on Gov. Abbott announces expansion of Operation Lone Star to address human trafficking along border