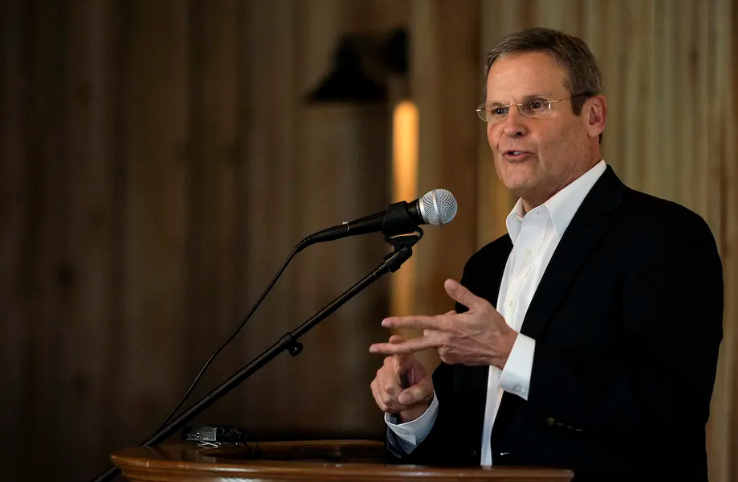 The fund, which Lee first proposed last year but slashed after the pandemic slowed the economy, would serve as an endowment to tend to an array of student challenges that have increased during the pandemic like anxiety, depression, and suicide.

Calling mental health a “complicated issue,” the governor announced his proposal at a press conference where he was flanked by legislative leaders including Lt. Gov. Randy McNally and House Speaker Cameron Sexton.

“We’re here to shine a light on something that’s incredibly important and often under-discussed,” said Lee, disclosing that one of his own daughters tried to take her life at age 15 as a result of depression.

The announcement comes as Tennessee is receiving billions of dollars in federal relief funds to address pandemic-related needs that include student mental health. That money must be spent by September 2024, which means districts likely won’t want to use it for salaries of long-term employees.

Tennessee does not fund the recommended number of school-based counselors, psychologists, social workers, and nurses. Lawmakers from both parties have filed several bills seeking to improve the state’s provider-to-student ratios, but Lee has not said whether he will support those.

The trust fund would take a longer-term approach to providing clinical services in schools. It also would help pay for suicide and bullying awareness and prevention programs and to train educators on trauma-informed practices.

“Although COVID has been hardest on our state’s young people … today there is hope,” said Marie Williams, who will oversee the work as commissioner of the Department of Mental Health and Substance Abuse Services.

The pandemic has taken a heavy toll on the mental health of Americans of all ages, but especially of teenagers and young adults as their access to support in schools, religious communities, and community programs was interrupted or sometimes cut off completely.

“We’re delighted to put it back in the budget,” Lt. Gov. McNally said of the Senate.

Sexton, who leads the House, said the state is better positioned to launch the fund now that the economy has rebounded.

“We should never let mental illness be a stigma that characterizes someone for something’s that bad. It’s just a health condition that we need to help,” he said.