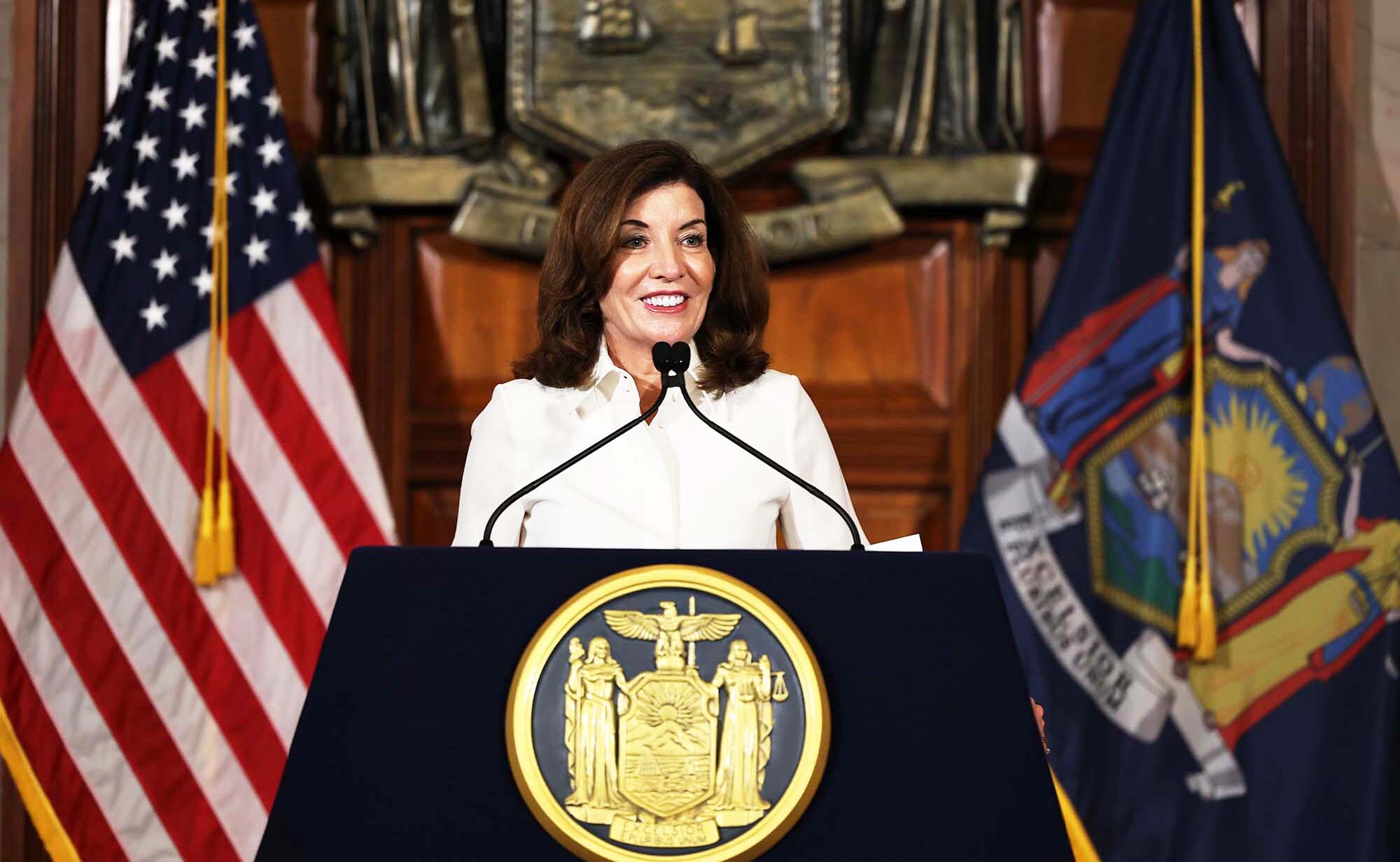 By Steve Bittenbender on October 8, 2021

Thursday was day 45 of New York Gov. Kathy Hochul’s tenure in office, a day that she had previously said would mark the end of her transition period in office and one in which she would seek to replace key personnel from the Cuomo administration.

One departure announced Thursday was the resignation of Larry Schwartz from the Metropolitan Transportation Authority board of directors. Schwartz had previously served as the secretary to Gov. Andrew Cuomo, the top aide in the Executive Chamber.

As she prepared to succeed Cuomo, who stepped down in late August amid a sexual harassment scandal and several investigations on a number of topics, Hochul repeatedly said that anyone who was mentioned in the sexual harassment investigation report that Attorney General Letitia James oversaw would not be welcome in her administration.

Schwartz was mentioned, and Hochul told reporters after a bill signing in New York City that he voluntarily offered to step down in the first days after she took office.

“We’ve been focused on cabinet positions and other positions,” she said. “I’m shifting my attention to board positions now.”

Cuomo appointed his former top aide to the board in 2015, and his term was set to run through Jan. 1, 2023. His resignation, though, won’t be immediate, as anyone Hochul nominates must be confirmed by the state Senate, which won’t reconvene until next year.

The governor said there are other people she has asked to resign from boards who have a similar issue.

Other high-profile Cuomo officials who left include Health Commissioner Dr. Howard Zucker and Inspector General Letizia Tagliafierro. Prior to Hochul taking her oath, longtime Cuomo aide Linda Lacewell resigned as the secretary for the Department of Financial Services.

She’s made other moves as well. Earlier this week, she announced Jose Nieves as the new chairman for the Joint Commission on Public Ethics, one of two appointments she made to that board this week. He and Sharon Stern Gerstman were on the oft-criticized watchdog agency as it voted to conduct an internal review Tuesday regarding its handling of Cuomo’s $5 million book deal.

Hochul told reporters Thursday that the changes she made occurred throughout the past six-plus weeks, and that she’s already getting positive feedback from legislators and other state employees.

“You’ve already seen major changes in the second floor,” she added. “It is unrecognizable to people who are used to seeing the individuals who were there in the past.”

Not surprisingly, Hochul’s moves failed to impress Republicans, including those seeking to run against her next year should she be the Democratic gubernatorial nominee.

In responding to a tweet from NY1’s Morgan McKay, who quoted an “Albany insider” as saying some of Hochul’s picks “should not be running a state government, let alone a Family Dollar,” former Westchester County Executive Rob Astorino called the Hochul administration “Cuomo 2.0.”

“We have to clean house. Otherwise nothing changes and ‘Albany Insiders’ continue to win & everyday New Yorkers continue to lose,” he said.