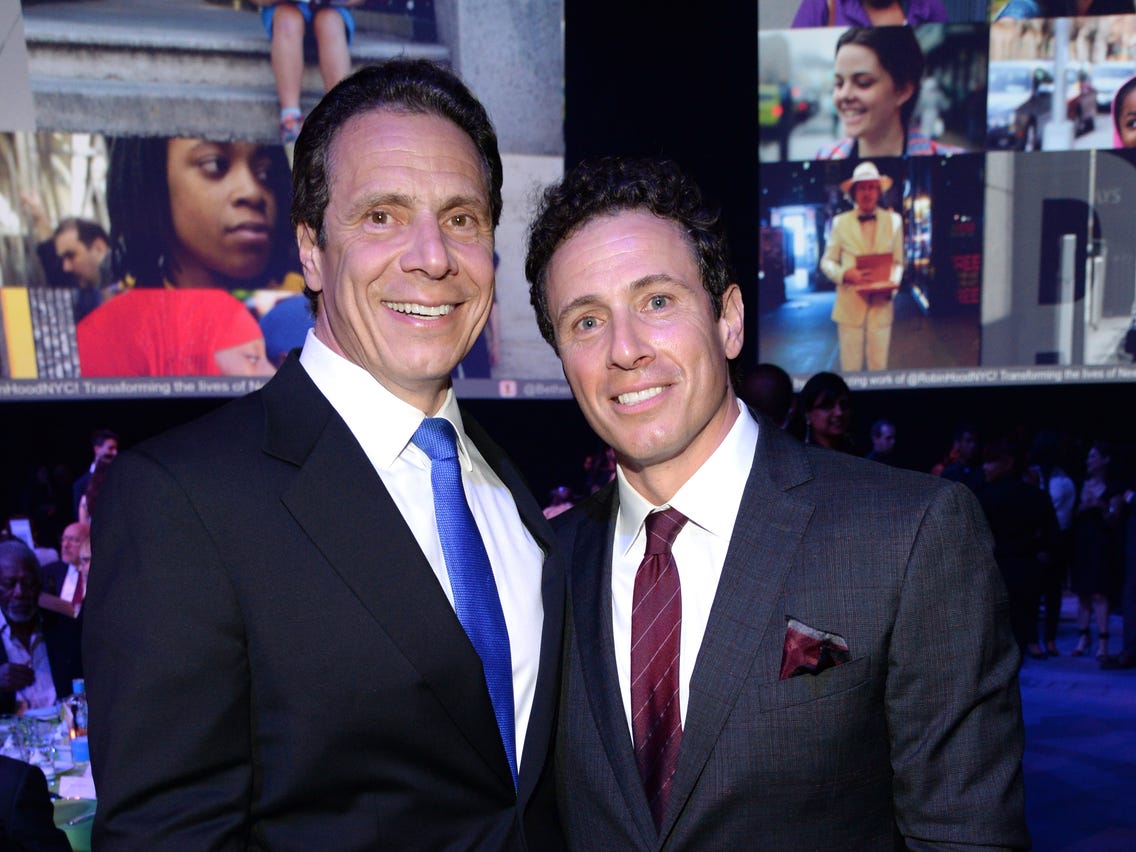 CNN anchor Chris Cuomo conceded in March, 2021 that he could not, ethically, cover the sexual harassment allegations against his brother, New York Gov. Andrew Cuomo. The family ties were simply too strong for him to do so independently.

But afterwards, Chris provided behind-the-scenes counsel to his brother and his brother’s team. By August, 2021, when Andrew resigned in the wake of the scandal, there were calls for Chris to step down from his job as well because the New York attorney general’s initial report revealed that he had helped draft a statement for his brother in February. As the adage has it, no one can serve two masters. The CNN anchor who should have been serving the public was secretly putting family loyalty first by helping his brother navigate a political and public relations disaster.

And now CNN has fired Cuomo. The firing happened on Dec. 4, less than a week after the attorney general’s office released pages of transcripts, exhibits and videos from its investigation into sexual harassment allegations against Andrew Cuomo. The documents detailed the extensive help Chris Cuomo had been providing to his brother for months.

Viewers of CNN would have known about the cozy familial relationship between the two. In 2020, when Andrew Cuomo was still governor of New York, Chris teamed up with his brother to banter on the cable network about how the state was handling the pandemic. The segments were wildly popular.

Although they raised eyebrows in media ethics circles because Chris Cuomo appeared to be violating fundamental norms of journalistic independence. CNN justified its exception to a conflict of interest rule imposed since 2013 prohibiting the anchor from covering his brother, stating, “Chris speaking with his brother about the challenges of what millions of American families were struggling with was of significant human interest.”

And, incidentally, the banter was great for ratings. But the sexual harassment scandal that erupted in late 2020 put an end to all that.

But it did not end the behind-the-scenes conflict.

As Bill Kovach and Tom Rosenstiel – former journalists and now ethics scholars and media watchdogs – have written, “[Journalists] must strive to put the public interest – and the truth – above their own self-interest or assumptions.”

Journalists’ fundamental role in democracy is to hold those in power, especially those in government, accountable. But if they have close relationships with those in power, their independence, or at least the perception of it, can be compromised. Independence coupled with accountability and transparency underpin the public’s trust in journalists.

But goodwill towards Chris Cuomo, who the Washington Post reported was “known for his intense loyalty to the network, its employees and their families,” along with the unwavering support of CNN President Jeff Zucker, helped Cuomo keep his job.

He stayed in it until the Nov. 29 document dump disclosed just how closely the CNN anchor had helped his brother Andrew’s team frame and mount a defense to the accusations. Among the offers Chris made: he would work his own journalistic sources to investigate the credibility of the women who alleged harassment or assault.

“When Chris admitted to us that he had offered advice to his brother’s staff, he broke our rules and we acknowledged that publicly,” CNN said in a statement. “But we also appreciated the unique position he was in and understood his need to put family first and job second.”

Was it ethical for the anchor to continue to advise his brother while representing to his viewers that he was keeping his relationship at arm’s length? Should he even have participated in what a Donald Trump campaign spokesman called “the Cuomo Brothers Comedy Hour” at the beginning of the pandemic?

Journalists’ associations have developed ethical codes and guidelines that address this situation.

One of the oldest and best known is the Code of Ethics of the Society of Professional Journalists (SPJ). News organizations also have their own ethics rules and post them online so that the public can read them. Television networks frequently assign ethics enforcement to their “Standards and Practices” departments.

These codes set out the ethical standards for a news operation.

But the word “code” is a misnomer. Although news organizations are free to enforce their provisions on their own staff, they are not intended to create legal obligations to anyone else, as with licensed professions such as law and medicine. The SPJ Code is explicit about this, emphasizing that its code is “not, nor can it be under the First Amendment, legally enforceable.”

It does, however, emphasize that conflicts of interest must be avoided, or at the very least, disclosed, to maintain independence and transparency.

CNN has acknowledged that Chris Cuomo “broke our rules.” But the rules aren’t posted on CNN’s website. In fact, CNN has fought to keep them secret.

In August, the Washington Post quoted from a leaked copy of the network’s “News Standards & Practices Policy Guide,” reporting that “the document mandates that ‘CNN employees should avoid any real obligation or appearance of any obligation to any interest that he/she may be covering or reporting on,’ and ‘should avoid conflicts between personal interests and the interest of the company or even the appearance of such conflicts.’”

That sounds about right, but did CNN enforce those rules with Chris Cuomo? How could the anchor avoid conflicts of interest while pitching softball questions to his brother during the pandemic, much less by providing behind-the-scenes advice on how to deal with the sexual harassment scandal?

Many media commentators say that he couldn’t, and now, CNN seems to agree.

Was it unrealistic to expect the Cuomo brothers not to confer in times of crisis? Some news consumers think so, as reader comments on a Nov. 30 New York Times story contended: “One of the biggest draws to CNN is Chris Cuomo & his personalized brotherly banter & friendship with Don Lemon. He reflects what’s right in America. Family & Loyalty.”

Those readers are right that it is a question of loyalty. But they are answering the question differently than many journalists would.

Kovach and Rosenstiel have written that journalists’ “first loyalty is to citizens,” and in their book The Elements of Journalism call it an “implied covenant” with the audience.

As columnist Margaret Sullivan argued in the Washington Post, “You don’t abuse your position in journalism — whether at a weekly newspaper or a major network — for personal or familial gain.”

Conflicts of interest violate that covenant and undermine public confidence in media independence. Some conflicts of interest are such a problem that no amount of disclosure or disclaimers can cure them. CNN has apparently concluded that Chris Cuomo’s is one of them.