Home » How Illinois plans to spend a chunk of federal stimulus 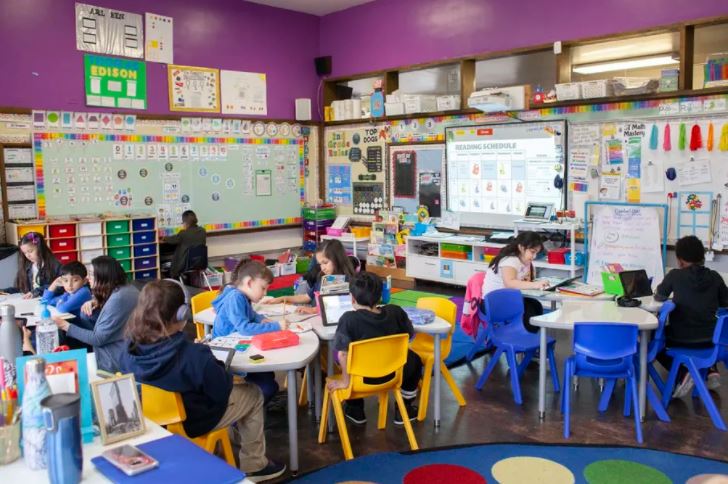 How Illinois plans to spend a chunk of federal stimulus

After a year of unprecedented disruption in education, state leaders want to use an infusion of federal dollars to identify and address potential learning loss among Illinois’ students.

The state board of education plans to set aside money for assessments, intensive tutoring and “bridge programs,” which would help the youngest students adjust to school and assist the oldest students to graduate and explore their post-secondary options.

At a meeting this week, board members discussed how they plan to use $2.3 billion from the second round of federal emergency funding — just a portion of the $8 billion the state is getting from three stimulus packages — and signaling their priorities for recovery from the pandemic.

Board members said the state will use $35 million on assessments to help determine potential learning loss. Out of 852 school districts, 70% reported that they don’t not have the resources to use an interim assessment, said State Superintendent of Instruction Carmen Ayala.

“We will be contacting districts and offering them interim assessments that we now have available. They will be available and training will occur over the spring and summer and we will be ready to support these districts in the fall,” she said.

State leaders said another $25 million will be used for intensive tutoring. Ayala said she wants the tutoring to align with what students are learning inside the classroom. A University of Chicago study found that intensive tutoring in 20 high schools in Chicago resulted in academic gains. Some district leaders are considering tutoring as one solution to potential learning loss from the pandemic.

To find tutors, Ayala said the state will look to teacher prep programs and retired teachers.

The state also plans to set aside $15 million for “bridge programs,” which could help students in difficult transition years, such as kindergarten and 12th grade. Earlier this year, the state reported significant enrollment declines in kindergarten to third grade. And while statewide data from early education and preschool programs is not yet available for the school year, child care programs have reported enrollment drops. The state’s largest school district, Chicago Public Schools, reported a marked enrollment drop of 34% in its preschool programs.

Despite the enrollment declines among early childhood programs,  Ayala said she believes there will be an increase in enrollment in kindergarten in the coming year, and she wants to invest in programs to help those students adjust to school.

In Illinois, 1.8 million students are attending some in-person school, while less than 75,000 are fully remote. Ayala said Wednesday at the state board meeting that “we’re continuing to support remote instruction, while beginning to transition back to in person.”

State leaders also said they will attempt to close the digital divide, with $52.5 million set aside for school districts that need more technology. School districts won’t apply for the funds; instead the state will use a formula to determine which districts have the greatest needs.

State leaders also noted Wednesday the toll that the pandemic has taken on students and staff members in schools. They plan to use $58 million for mental health services, offering grants to schools to partner with community agencies, which would then bring programs into schools to assist students and staff who have experienced trauma.

“We have to provide opportunities for each school based upon their community needs and the social service agencies within their communities,” Ayala said.

Some school districts across the state haven’t determined whether they will return to full-time in-person schooling in the fall, and many district leaders still are weighing how to use federal stimulus dollars.

Chicago Public Schools announced this week that it will return to full in-person instruction in the fall, after slowly reopening classrooms in the spring amid union pushback. District leaders said this week that they plan to send an additional to $225 million to schools next school year to address learning loss and to protect school budgets against drops in enrollment. They haven’t said yet how they plan to use most of their federal stimulus dollars, but have said a comprehensive plan to address “unfinished learning” is coming.