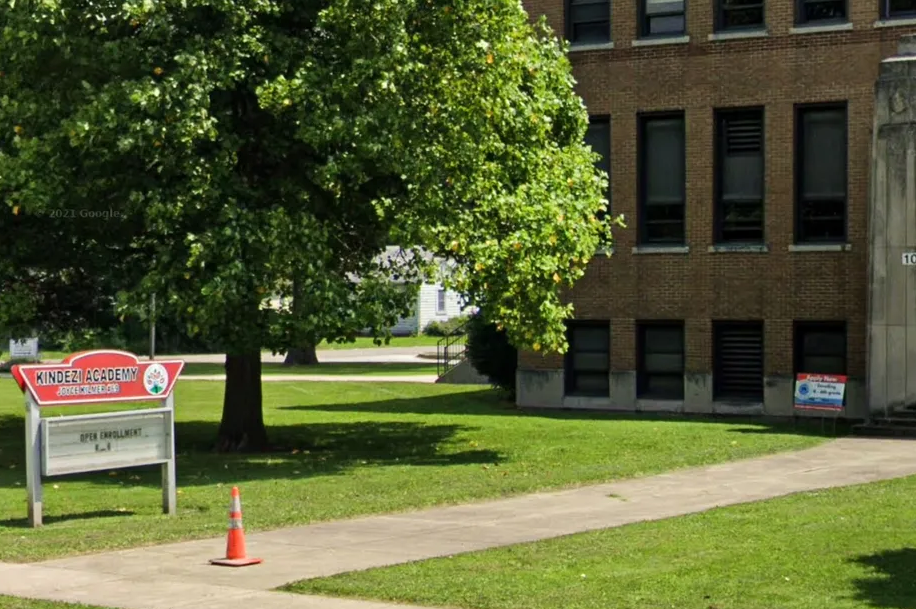 Kindezi Academy seemed like it was on the right track.

Granted, the test scores weren’t where they should be. But the school had laid a strong foundation that officials saw as a promising sign for eventually producing better academic outcomes.

In the six years since Kindezi was brought in, the charter operator had turned a struggling eastside elementary school into a safer, more supportive place. Kindezi introduced a solid curriculum and carefully tracked student progress. Unlike many schools, its predominantly Black teaching staff reflected the racial makeup of its students. Educators formed warm, caring relationships with students.

Indianapolis Public Schools wanted Kindezi to keep running the school. So it came as a surprise — even to the district — when Kindezi walked away from the negotiating table and announced last week that the school would shut down in June.

Both IPS and Kindezi officials cited academic reasons for the closure: “We fully admit that our objective outcomes weren’t where we needed them to be,” said Kevin Kubacki, executive director of the Neighborhood Charter Network, the nonprofit that manages Kindezi.

But Kubacki also said he couldn’t see a path forward under the terms IPS laid out. The district offered a one-year extension of the contract that he said set unachievable goals for the short timeframe during the pandemic.

On top of that, with upcoming discussions on school closures, IPS had indicated that Kindezi might not be able to stay in its aging building, Kubacki said.

As he saw it, Kindezi would just face closure next year if it had taken IPS’ deal.

IPS officials stood by the academic terms of their offer: “Don’t deny at all that those were and are ambitious,” Chief Portfolio Officer Jamie VanDeWalle said. “We definitely hold high expectations for all schools of all types.”

But some questioned why Kindezi decided to shut down — especially at the last minute — and whether IPS should have done more. Ultimately, IPS’ inability to strike a deal with a charter partner it wanted to keep has left more than 400 students scrambling to find new schools at the last minute.

That, IPS Board President Evan Hawkins said, “must be avoidable going forward.”

‘It’s not all about the test scores’

On Tuesday night, Kindezi parent Elora Cunningham went to a meeting about the closure. She was handed a paper listing other schools she could pick from with higher test scores.

“It’s just like, it’s not all about the test scores,” said Cunningham, who has three children attending Kindezi.

It bothered her that officials she’d never met could only talk about the numbers at that meeting, particularly when the school — officially called Kindezi Academy at Joyce Kilmer School 69 — provided safety, stability, and comfort to students in a low-income neighborhood.

“If it was their kids, they would be doing everything and beyond to not let this happen,” Cunningham said. “Our children are not a number. They are people. They are the future of Indianapolis and everything. And you just threw them to the side.”

Cunningham had carefully selected the school three years ago after vetting how educators would support her son, who has autism and attention deficit hyperactivity disorder.

At Kindezi, her son was flourishing under teachers who cared about him as a person and not just his grades, she said. As he progressed, teachers told her that her son could go on to earn a high school diploma. “For a parent, that is the best news ever with a kid that has a disability,” Cunningham said.

The news that Kindezi wasn’t doing well academically came as a shock to Cunningham — let alone that the building’s future could be in question. Just 7% of students passed ILEARN in language arts, and 5% in math. Officials said there had been a meeting in November, but she hadn’t known about it or heard that the school potentially faced closure.

“They didn’t give the parents a chance to help Kindezi out to improve anything,” she said. “They blindsided everybody.”

The lack of community engagement on school transitions has been a constant complaint in IPS, particularly on major decisions such as when charter operators have stepped in at struggling schools as Kindezi did or when IPS closed several high schools.

With the potential for more school closures looming amid budget problems and with other innovation school contracts coming up for renewal, advocates say IPS must improve on involving families earlier and more meaningfully.

“We should demand more community engagement prior to decisions like this,” said Brandon Brown, CEO of The Mind Trust, a charter advocacy organization that supports IPS’ innovation network.

IPS anticipates having to close underutilized buildings or ones too costly to renovate as part of its efforts to level out its budget. The district has conducted an assessment of its facilities but not yet made those results public, and IPS’ conversations about how or when officials will decide to close schools have so far remained private.

At Kindezi, considerations about the future of its outdated building clearly came into play, even though IPS officials haven’t directly addressed it.

When asked about Kindezi’s concerns about the building’s future, Hawkins acknowledged the poor conditions at many older IPS buildings. He noted that administrators are working through “very dense and complicated information” and plan to hold a series of community meetings on potential closures.

Brown said he believed IPS and Kindezi should have worked to keep the school open.

“Trends were positive. Enrollment is up,” he said. “Things aren’t perfect, but we would have rather had a creative solution that ensured stability for the community that could have at least served as a bridge to a long-term solution — because we did realize there are a number of long-term facility decisions that need to be made at some point.”

‘There should be clarity’

Families are supposed to receive more notice than those at Kindezi had.

But IPS and Kindezi bypassed a safeguard in their contract meant to ensure half a year’s notice if either party backed out.

IPS ended another innovation school contract in December but allowed more time for the Kindezi decision — a move officials later realized was a mistake.

“The 180-day clause is very valuable,” VanDeWalle said. “In the future, I think we’ll stick to those more than we did.”

She said the district also intends to improve how it stays in touch with innovation schools in order to be part of performance improvement conversations earlier on.

Hawkins, the board president, agreed that IPS needs to examine how to better work with innovation schools on performance before contract renewal discussions: “Those are questions we’re going to have to ask.”

“What does it look like to know that you’re doing well?” said Mariama Shaheed, founder and CEO of Global Preparatory Academy at Riverside 44. While she had a feeling IPS would seek to renew their partnership this month — Global Prep is often held up as an exemplar of innovation schools — Shaheed said the district didn’t clearly affirm along the way that the school was meeting the mark. “There should be clarity, especially as more schools are coming online.”

Like Kindezi, Global Prep intervened at a struggling school and sees its performance affected by neighborhood factors like student mobility.

Global Prep’s test scores fall well below its targets, which Shaheed said are intentionally set high. On ILEARN, about 11% of students passed the language arts portion and 10% passed in math, both below the average passing rates at IPS’ traditional schools. Half of Global Prep’s third-graders passed the state reading exam, a proportion Shaheed hopes to lift to 80% in five years.

“Are we very far away? Absolutely. But our goal is to get there,” Shaheed said. “We don’t want to send the message that our students are not capable.”

The relationship between an innovation charter school and IPS adds a layer of complexity that other schools don’t have to deal with. Innovation schools can tap into district resources like a school building, transportation, or special education services. But IPS also becomes another player to whom the charter school is responsible.

“People don’t think about this, but innovation schools have so many authorizers, so many people they’re reporting to,” Shaheed said. “The communication and partnership part has been the most challenging.”

And that can get political, said Joshua Glazer, associate professor of education policy at George Washington University.

“There’s a high degree of interdependence on each other — they need each other whether they like it or not,” Glazer said. “Their success demands that they find ways to work together.”

When they don’t, the damage can look like hundreds of students uprooted with just a few months’ notice. No officials or advocates contest the academic rationale for Kindezi’s closure. But did it have to happen this way?

“I would hate for these things to continue to happen, and our parents aren’t aware of what’s going on,” said Ontay Johnson, executive director of the local parent advocacy group EmpowerED Families. “That’s just a crisis. We have to do better.”