Please ensure Javascript is enabled for purposes of website accessibility If Chicago teachers walk out, it would be ‘illegal strike,’ district warns - THE CHICAGO HERALD Press "Enter" to skip to content

Home » If Chicago teachers walk out, it would be ‘illegal strike,’ district warns 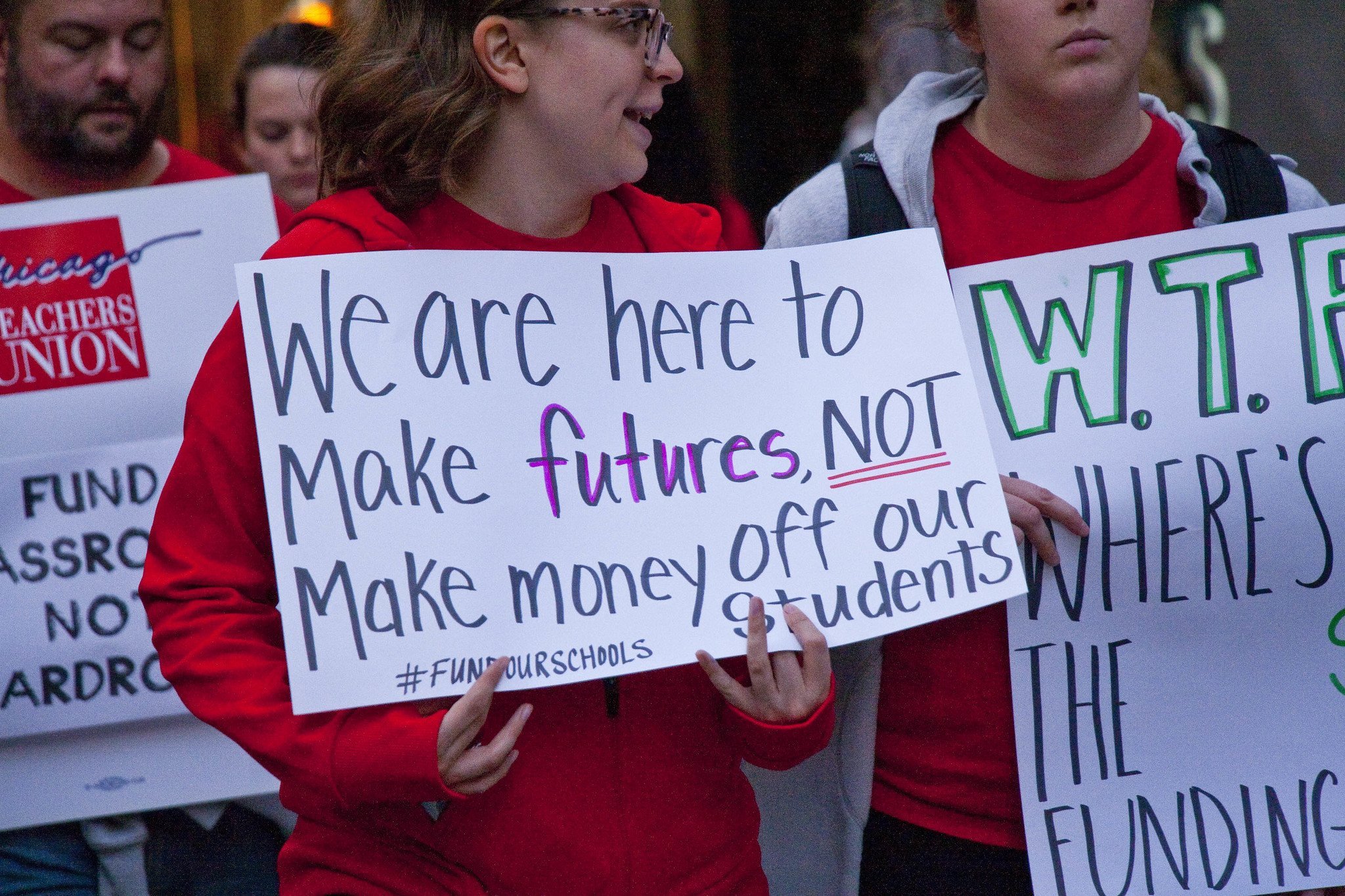 If Chicago teachers walk out, it would be ‘illegal strike,’ district warns

In a letter to teachers, Chicago Public Schools warned that refusing to report to school buildings next week would constitute an “illegal strike” and insisted that an agreement with the teachers union is “within reach.”

Teachers have until midnight Saturday to vote on a union resolution that calls for those instructed to return to instead continue to teach remotely, despite requirements that thousands more report to school buildings as the city enters the second phase of its reopening plan.

Failure to report to campuses could disrupt learning for thousands of pre-kindergartners and special education students who returned to campuses last week. Some schools were already telling pre-kindergarten parents that support staff would be tapped to cover classrooms. Another 70,000 students in kindergarten to eighth grade will return to campuses Feb. 1, and a second wave of educators has been called in to prepare starting Monday.

“These past months, we have met with CTU leadership more than 60 times,” reads the letter, signed by Matt Lyons, the district’s chief talent officer, and sent Thursday morning. “The union’s input has in many cases strengthened our reopening plan, and we remain committed to continuing negotiations in good faith with union leadership. We are meeting every day and will continue to do so. An agreement is within reach, so long as we continue working hard together.”

A vote to not report to work Monday would constitute an “illegal strike,” Lyons wrote.

Union leaders agreed Thursday afternoon that a deal still could be reached, though neither the union nor the district has released a draft agreement or a timeline for such a document.

But union leaders pushed back strongly on the district’s use of the word “strike“ and who was ultimately responsible if a work stoppage happened.

“Our members didn’t vote on a strike. They (are voting) to remain in remote learning to mitigate disaster,” said Stacy Davis Gates, the union’s vice president. “The only person who can cause a stoppage is the mayor, and CPS, if they lock our members out,” referring to the district’s decision to cut off access to email and remote learning software to about 100 educators who refused to report to campuses in the first reopening wave.

Teachers will cast virtual ballots. Some took to social media Wednesday night to post “I vote yes,” while others lamented privately about the dramatic turn and expressed concern about the toll on students, families, and schools.

In the letter, Lyons expressed concern about the effect of a walkout on students who have already elected to return. The district has not yet released attendance numbers, but it originally expected about 6,000 pre-K and special education students to report to classrooms.

“This vote would cancel in-person learning for the tens of thousands of students who asked to return — and the thousands of pre-K and cluster students who are already learning safely in classrooms. Our collective bargaining agreement includes a no-strike clause, and the Illinois Educational Labor Relations Board has ruled a strike of this nature would be illegal.”

Lyons wrote that public health experts have “made it clear” that a return to in-person learning is safe and necessary and said the district was fully committed to providing teachers a safe working environment.

Public health researchers and epidemiologists continue to assess the risk of reopening schools. Two new studies show that, where COVID-19 numbers are already low, schools do not seem to contribute to the virus’ spread. But pre-existing rates can increase risk with school reopening if proper precautions aren’t taken.

According to the document, the district is working to satisfy a union demand to establish safety committees at each individual campus as well as an eight-person districtwide body — staffed equally by Chicago Public Schools and the Chicago Teachers Union — that would focus on health and safety issues. But it appears the district and union have not agreed on how much authority safety committees would have, with the district’s position being that safety committees should not have the authority to temporarily close a school.

Those decisions, the document reads, “need to be made by public health officials.”

Points where the district and union leadership have not yet reached resolution, according to the document, are:

Meanwhile, teachers are included in the next phase of vaccination, slated to begin Monday in the City of Chicago, and public health officials have said they are working on a plan specific for educators that would go into effect later in February. But additional details have not been released.

This article was originally published on If Chicago teachers walk out, it would be ‘illegal strike,’ district warns