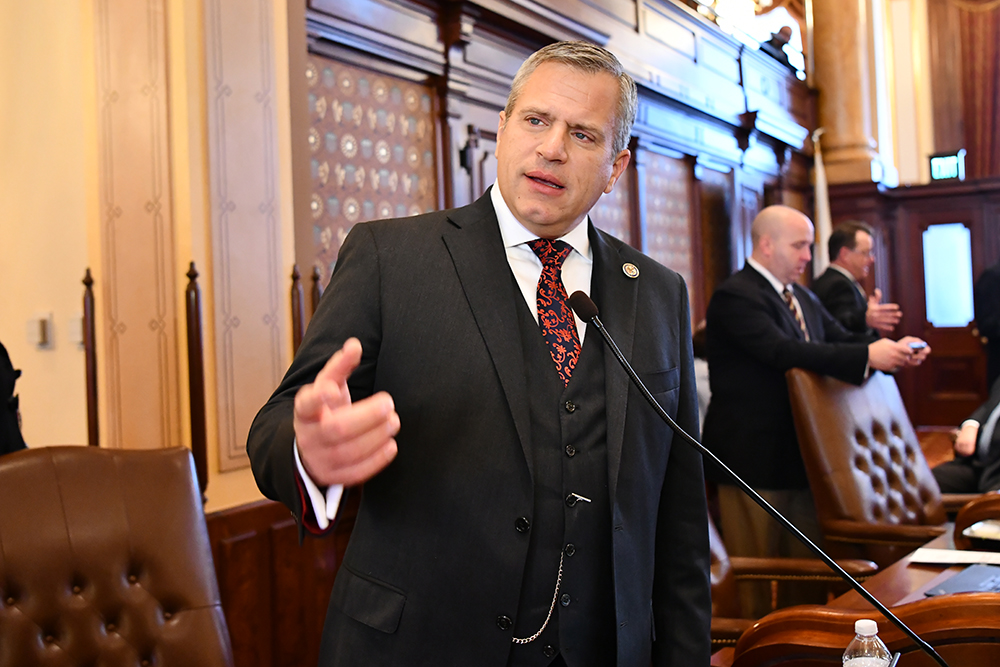 State and local tax, or SALT deductions were capped at $10,000 by the federal government in 2017. That impacts taxpayers paying high taxes in states like Illinois.

State Sen. Win Stoller, R-Germantown Hills, has Senate Bill 2531 at the statehouse that would change state tax code so businesses can take advantage of a change the IRS approved allowing them to file as an entity, rather than on the individual level.

“The beautiful thing about this is it will cost Illinois nothing,” Stoller said. “It’s completely revenue-neutral to Illinois.”

He said if passed and signed into law, the measure could lower the federal tax burden for more than 400,000 Illinois pass-through businesses, S-corporations and partnerships in Illinois.

The measure is also supported by state Sen. Robert Martwick, D-Chicago, especially because it is revenue-neutral.

“And in a time where Illinois continues to face the challenge that we do, being able to provide some relief to our small businesses and help economic growth and job creation is something I think everyone should get on board,” Martwick said.

Stoller’s measure could be voted on by the full state Senate in the weeks ahead, following a floor amendment characterized as a technical fix. Stoller would prefer lowering taxes in Illinois altogether.

“If there was an opportunity to lower our tax burden in Illinois in a financially responsible way, I would be all for that and very supportive of that,” Stoller said, noting that the Democratic majority sought to increase taxes with the failed progressive income tax ballot initiative last year.

Martwick acknowledged the state’s high taxes, but said the state has to deal with its legacy debt, such as promised pensions for teachers and state employees.

“Once those debts begin to be relieved, we’re in a position where we can begin to really, in earnest, lower taxes, responsibly lower taxes,” Martwick said.

When combining Illinois’ state and local taxes, the Land of Lincoln is among the highest taxed states in the nation.