Please ensure Javascript is enabled for purposes of website accessibility In $5.2B budget proposal, mayor touts funding for education as key to Philadelphia’s pandemic recovery - THE CHICAGO HERALD Press "Enter" to skip to content

Home » In $5.2B budget proposal, mayor touts funding for education as key to Philadelphia’s pandemic recovery 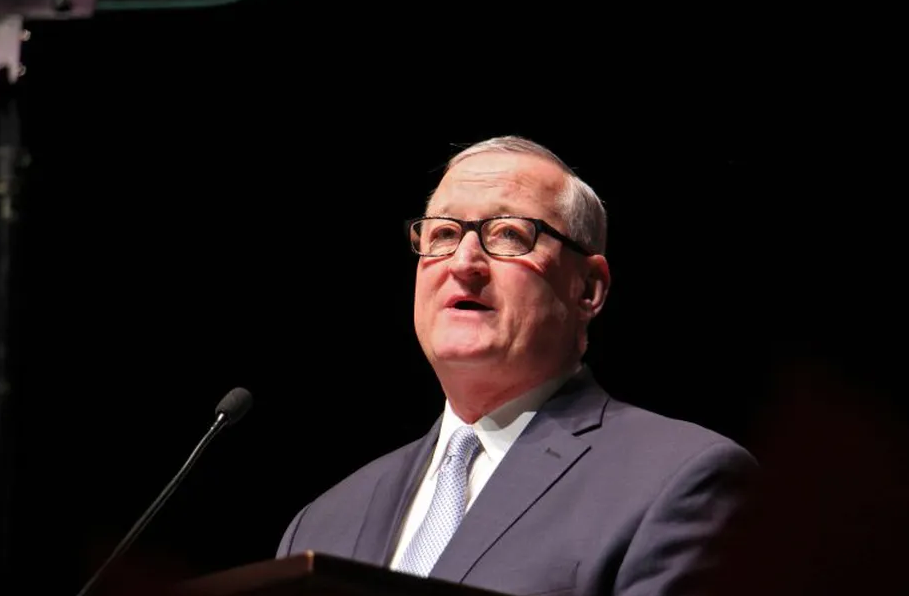 In $5.2B budget proposal, mayor touts funding for education as key to Philadelphia’s pandemic recovery

His five-year plan envisions a full return of teachers and students to classrooms, with $1.38 billion in city funding for the School District of Philadelphia each year. This is on top of the $1.3 billion in federal funds over three years that the district will receive through the most recent coronavirus relief bill.

Kenney proposed investing a quarter of a billion dollars over five years in the Community College of Philadelphia, or CCP, with $54 million dedicated to the Octavius Catto Scholarship.

“This initiative will enable 5,000 first-time [college] students to attend college tuition-free, and with the supports they need like food, books, and transportation stipends to successfully earn their degree,” the mayor said.

Kenney said the city will work with CCP to recruit Black men, who are currently underrepresented at the college. He also plans to leverage the scholarship to increase the number of teachers of color in the city.

“In partnership with our public schools and regional higher education institutions, we will create a seamless pipeline that will recruit, mentor, and retain emerging teachers of color to educate our kids,” Kenney said.

In addition, Kenney plans to add 700 new slots to PHLPreK and the city will add case management services to community schools, which support the well-being of students and families by expanding learning opportunities, integrating health and social services, and improving school climate.

Kenney first promised to open community schools during his run for mayor in 2015. The city now has designated 17 such schools, serving some 10,000 city students.

“As in the past, we are investing in our future to improve the long-term outcomes of Philadelphians,” Kenney said Thursday.

Not everyone is satisfied with what’s proposed for schools and youth in Kenney’s budget.

Councilmember Helen Gym tweeted that the budget must “modernize school buildings so students and staff learn and work safely.”

She also said the city should enact a trauma plan to increase staff and supports, including counseling for students in communities with high rates of gun violence.

The mayor’s virtual address was played for Council members Thursday, but was pre -recorded from Kenney’s office on Wednesday.

Before June, city lawmakers must come to an agreement on next year’s budget and a five-year financial plan for the city. Hearings are scheduled to start in a few weeks.

Ryan Smith, who is a safety officer at Kensington Health Sciences Academy, told Chalkbeat he is pleased with the mayor’s vision to expand community schools.

“The kids can be off the street and in the school, in the art program, and in a GED program, and a basketball program. I’m excited,” Smith said.

This article was originally posted on In $5.2B budget proposal, mayor touts funding for education as key to Philadelphia’s pandemic recovery