Home » In Chicago, teachers with children less likely to get permission to work from home 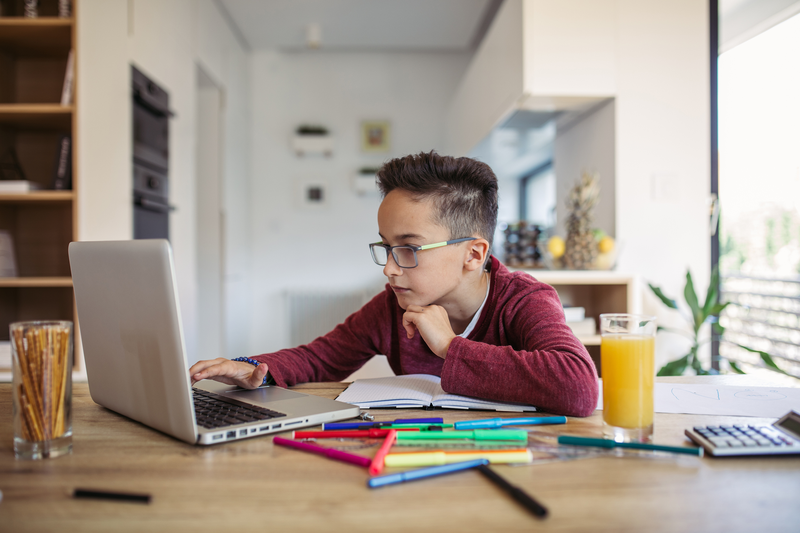 In Chicago, teachers with children less likely to get permission to work from home

Those teachers weren’t isolated situations. In Chicago, only 1 in 10 teachers who asked for a child-care accommodation that would allow them to continue working remotely received such permission, according to Dec. 29 data provided by Chicago Public Schools.

In the Chicago Teachers Union’s high-pitched labor dispute with the district, the denial of remote-work requests, and failure to respond to some, have become a flash point.

“Chicago Public Schools leaves no wiggle room for people to be human beings,” said Dalber, who has a National Board certification and is a mother of three. “When we were surveyed (late last fall on work accommodations) by CPS, it seemed that we had a choice — that they were going to take into account our family needs. Then they turned around and denied the vast majority of us.”

As districts reopen school buildings and while the pandemic continues, officials have grappled with when to grant teacher requests to work from home.

Chicago allowed teachers to submit requests based on their own medical needs, the medical issues of someone in their home, or child care needs. Of the 7,000 teachers and paraprofessionals the district called back to classrooms to teach prekindergarten and special education, officials originally said 2,000, or about 33%, asked for accommodations.

Although the district acknowledged the numbers have shifted as it allowed more teachers to work at home and schools changed their plans, Chicago still expected 54% of pre-kindergarten and special education teachers to show up on campus this week. Because hundreds failed to swipe in or failed health screening, the actually percentage is likely to be lower.

When it came to exemptions, teachers seeking medical accommodations were more likely to see them granted. In fact, teachers who themselves have medical conditions and applied for accommodations had them granted 100% of the time, in compliance with the Americans with Disabilities Act, the district said.

Only 21% of those requesting an exemption because they live with someone who has a complex medical issue won permission to work from home, according to the December data.

Some teachers who were denied exemptions reluctantly reported to buildings. Others took unpaid leave. A small group continued to work remotely, defying requests to report to buildings, and last week, the school district remotely locked out approximately 100 of them from their classes.

Among them were several teacher parents, some of whom said they were still waiting on a formal determination from school officials on their request.

Speaking last week at a union event, Marina Ruiz, a special education classroom assistant at Jorge Prieto Math and Science Academy, said she was locked out while waiting for her accommodation request to be approved. She found it doubly frustrating because all of her students had chosen to remain remote, but the district still demanded that she return to the campus. Ruiz also is caring for a mother in hospice.

“All of my students have continued with remote learning. There’s no reason for me to be in the building,” said Ruiz.

One speech pathologist, who did not want to be named for fear of retaliation, also is still waiting for the district to respond to her request. Her first request was denied, but then the district reached out and asked her to sign an affidavit. She has not heard anything since. The parent of a toddler and a 4-month-old baby, she has taken unpaid leave for now, which offers her no job protection.

“I want to continue working through telework,” she said, describing her options. “If there is a vaccine, I’d go back to work immediately.” (Chicago’s chief public health official, Dr. Allison Arwady, said Tuesday that the city will enter the next vaccination phase starting Monday, and that that phase will prioritize teachers likely starting sometime in February.)

Although tens of thousands more teachers are expected to report on Monday, the district has not yet released accommodation data for that next wave.

Asked Tuesday at a press conference about the child care accommodations, schools chief Janice Jackson said that the school district gave teachers with school-age children the option of sending their own children to campuses four days a week, instead of the two-day in-person week offered to K-8 families.

“We are providing an alternative, in that our schools are providing in-person learning throughout the week,” she said. “There are some individuals with extenuating situations, and the district has been flexible. But where we have a solution, teachers should avail themselves of it.”

For some teachers, that option causes other complications.

Dalber believes sending her two elementary-age children to school four days a week appears to double her family’s risk, by exposing them to two different groups of children. She also has a younger child to consider and a caregiver for that youngster who is high risk.

Adding to her ire: In the under-enrolled school where she teaches, Dalber has only three preschoolers on her roster — all continuing to learn remotely.

“I’m not against there being a plan,” said Dalber, who reported to her campus this week. “I don’t trust this plan.”

Diane Castro, a pre-kindergarten teacher at Lorca Elementary with 14 years of classroom experience, said last week that despite teaching being “all she ever wanted to do,” she was starting to think otherwise. She has two children.

“Who is supposed to care for them,” she asked, “while I’m at work?”

This article was originally published on In Chicago, teachers with children less likely to get permission to work from home