Please ensure Javascript is enabled for purposes of website accessibility In Texas elections in 2022, economic concerns loom - THE CHICAGO HERALD Press "Enter" to skip to content 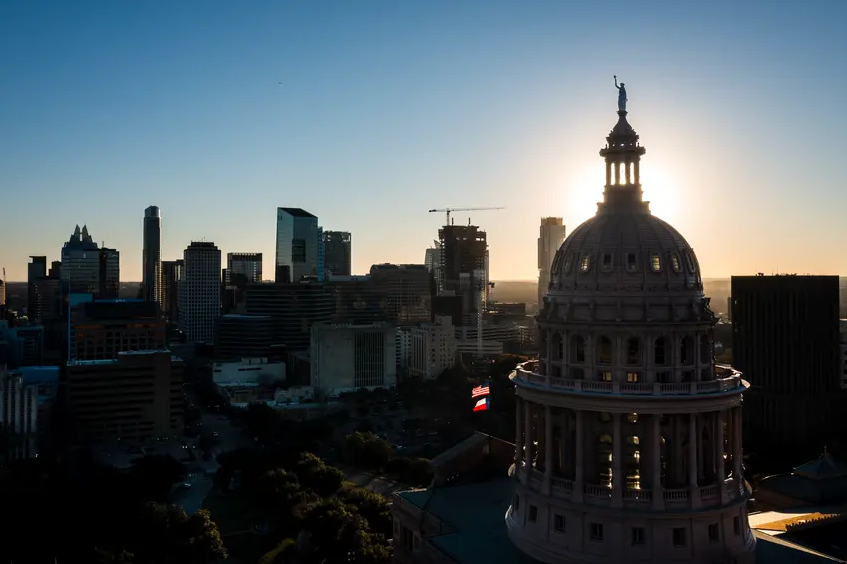 Texas voters don’t like the way things are going in the U.S. and most don’t think their kids will have it better than they do, according to a Texas Lyceum poll framed around voters’ outlook for the rest of the decade.

Many of their biggest concerns potentially set up an election that’s more about economic matters than about the social and cultural issues that have dominated some of the primary and runoff election debates so far this year.

And the polling, aside from detailing what voters are cranky about, is also something of a roadmap for lawmakers looking to work on big stuff, like roads, housing, health care, border security, jobs and the economy.

Two in five Texans cited economic concerns as the most important issues facing the U.S. — concerns that include the economy in general, inflation and rising prices, and energy/gas prices. That’s a top issue for about a quarter of the voters when asked about problems facing the state.

What’s more, only 27% said they believe their children will be better off than they are, while 35% said the kids will be worse off.

A large group of voters said opportunities for homeownership are “poor” or “terrible” where they live. More than half said they spend too much of their income on housing.

Two-thirds said the national economy is worse off than it was a year ago; only half as many said the state economy was worse than a year ago.

People living in rural areas were more likely to say their local economy was either “poor” or “terrible” (39%) than voters in suburban (24%) and urban (25%) areas, according to the poll.

This political year has already shaped up as an obstacle course for Texas Democrats. The parties of incumbent presidents regularly suffer in midterm elections, and Joe Biden is particularly unpopular in Texas right now.

And it’s evident in the numbers that voters are less gloomy about the economy and outlook for the state than for the country. You can read that as the beginning of a political blame game that seats current problems in Washington rather than in Austin, and harder on the Democratic government there than on the Republican government in Texas.

But if anyone in politics is still interested, voters are telling them a lot about what needs to be addressed after November’s elections. Only 31% of Texas voters say the reliability and cost of electricity is either “poor” or “terrible.” The majority — 54% — say it’s “good” and 13% say it’s “excellent.” On balance, that’s good for incumbents, but the naysayers are numerous enough to push for change.

That’s true, too, for transportation in Texas: 28% are “unsatisfied” with the quality of the state’s roads. Nearly half of the state’s rural residents said their roads are either “poor” or “terrible.”

Polling like that offers some ideas for the political class that’s tangled in primary runoffs and, later this year, in a general election. Here’s what’s popular and with which voters, and here’s what’s not.

But it’s also got some clues for the lawmakers those politicians hope to become. In the 2018 elections, it was clear that voters wanted some work done on education and how public schools are financed. They scared the ruling class, and 2019 saw some sweeping changes.

It’s always possible for voters to change the tune.

This article was originally posted on In Texas elections in 2022, economic concerns loom