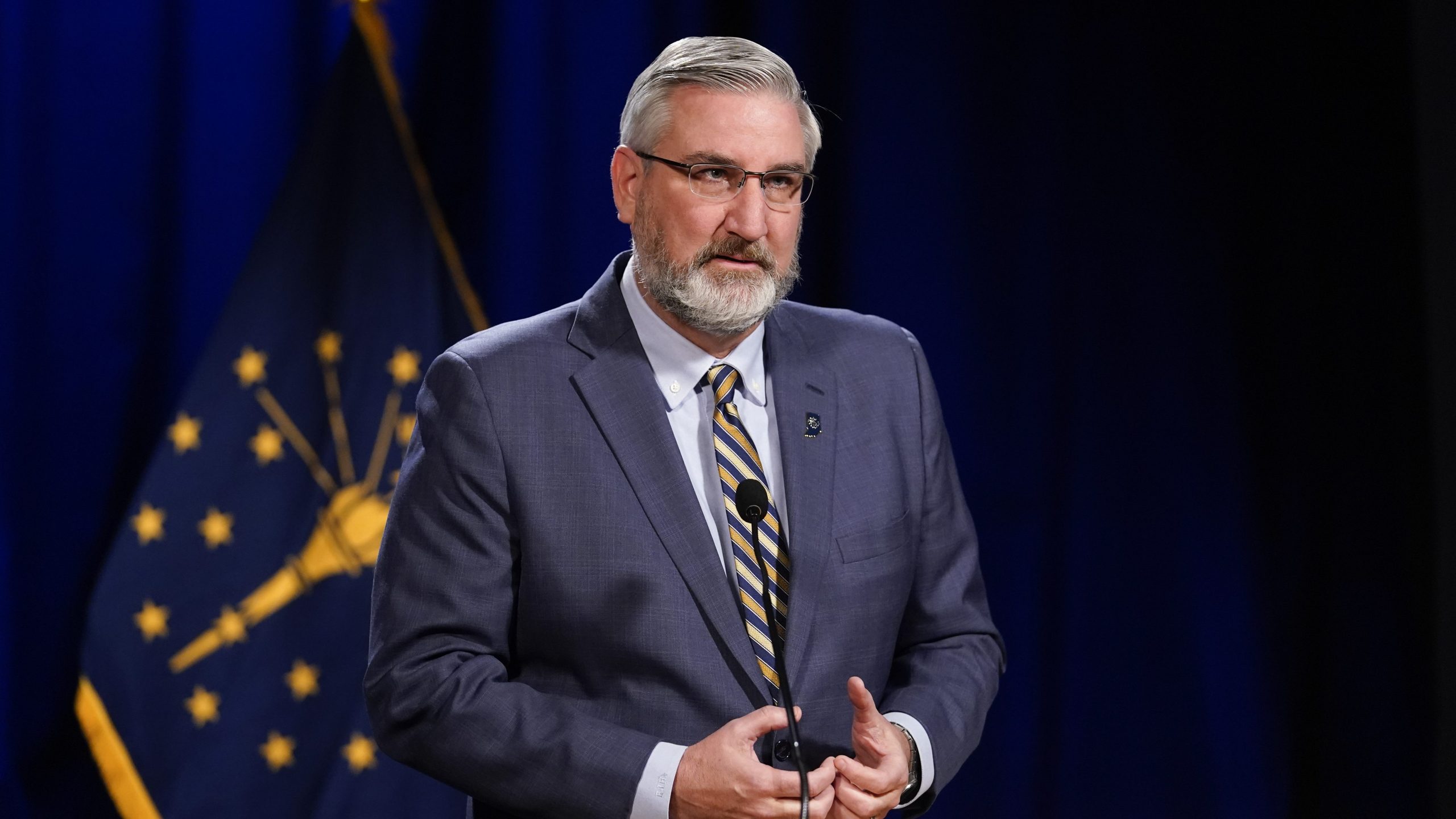 Indiana Gov. Eric Holcomb announced he’s extended the statewide public health emergency for a 21st time, saying about 250,000 Hoosiers would lose full or partial Medicaid benefits if the emergency ended and Indiana lost the extra federal funding it has been receiving.

In the statement, the governor’s office referred to the increased costs for the additional 500,000 Hoosiers receiving Medicaid benefits since the COVID-19 pandemic began.

The numbers were on the rise before the pandemic began, with the number of people on Medicaid more than doubling in the last 10 years. In October 2013, a little moer than 1 million people were on Medicaid, compared to about 2 million today.

Of the almost 2 million in Indiana on Medicaid, 788,544 were enrolled in the Hoosier Healthwise program, which covers children up to age 19 and also pregnant women.

A spokesman for the Indiana Family and Social Services Administration says that during the pandemic, the state suspended normal operations and didn’t require people prove they were eligible to receive benefits, which has contributed to a higher number of people enrolled. No one in the state has been “disenrolled” from Medicaid during the pandemic, he said, other than those who may have moved out of state.

Holcomb said the state has received $972 million in “enhanced funding” for Medicaid from the federal government during the pandemic.

“The state would lose more than $175 million in future funding through March 2022 and about 250,000 Hoosiers would lose partial or full Medicaid coverage if the state public health emergency ends before the health emergency,” Holcomb’s statement said.

Indiana lawmakers introduced two resolutions on Organization Day to end the emergency immediately, with the co-authors making up close to half of all Republicans in the Indiana House of Representatives.

Days later, Republican leaders released the draft of a bill that gives waivers for Medicaid and SNAP and allows children 5 and up to be vaccinated outside of doctor’s office, as the governor requested in order for the emergency to end, but also included language that strengthens vaccine mandate exemptions. The bill was to be passed in a special session on Nov. 29, but now is expected to be taken up in January, when the new session begins.

Indiana is one of 25 states that are still under stateside emergencies related to the COVID-19 pandemic. Of Indiana’s neighboring states, Illinois and Kentucky are both still under emergencies, according to Ballotpedia, while Ohio and Michigan are not. Michigan’s emergency was ended by a court order in 2020, while Gov. Mike DeWine ended Ohio’s state of emergency June 18.