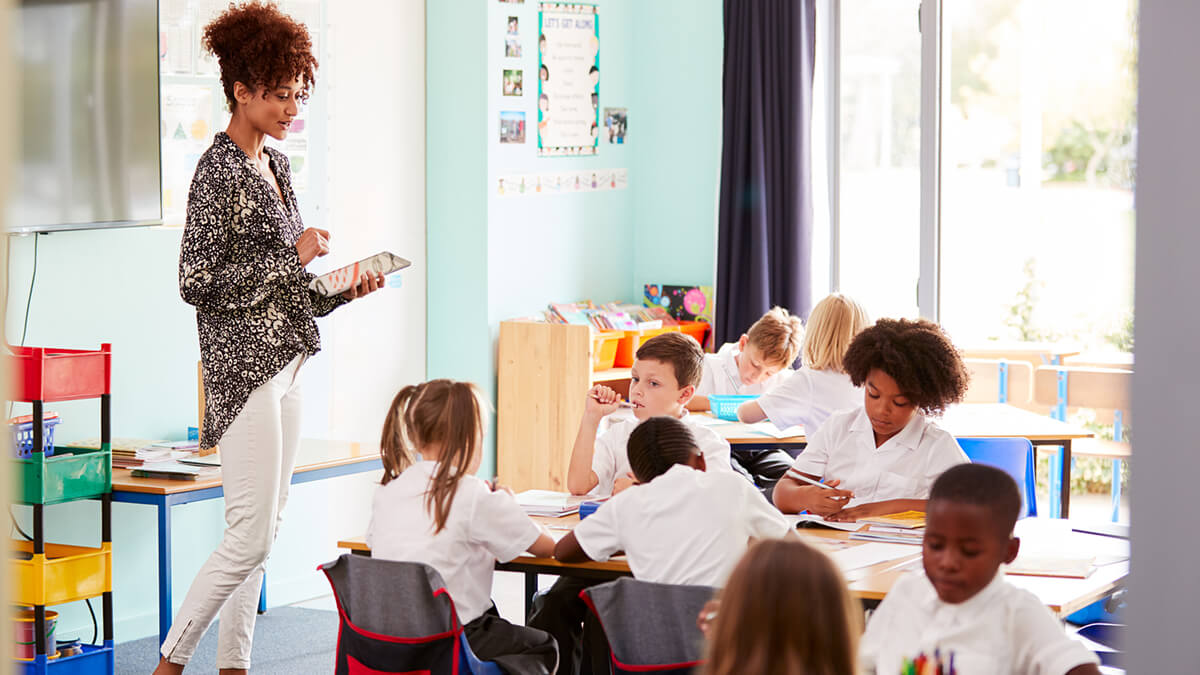 A bill Indiana legislators say would address some parents’ concerns about a politicized curriculum in schools and a lack of transparency has been changed by Senate after lobbying from the teachers union.

House Bill 1134, which passed the Indiana House last month, did not mention Critical Race Theory but would have prohibited schools from promoting the idea that anyone is inherently racist or sexist by virtue of their race, sex or ethnicity, or that any individual should feel “discomfort, guilt, anguish or any other form of psychological distress” because of any immutable characteristic.

The bill was amended this week in the Senate education committee to remove most of those provisions. Specifically, it narrows the list of “divisive concepts” that schools may not teach related to sex, race, ethnicity, religion, color or national origin to: teaching that one group is “inherently superior or inferior” to another; teaching that one group should be “treated adversely or preferentially” and; teaching that individuals are “inherently responsible for actions committed in the past by other members of the same sex, race, ethnicity, religion, color or national origin.”

It also removes the requirement every school district have a curriculum advisory committee and removes all passages about people being able to sue for violations of the act.

Instead of posting curriculum to a website or portal, teachers only need to ensure parents have access to a learning management system like Canvas that most schools are already using, so they can review lessons.

The bill also now says schools may provide psychological services to a student if an attempt has been made to reach the parent by phone and a consent form is sent home, though it allows schools to provide services to students in crisis situations right away, without parental consent.

“The changes I am introducing may not be where we end up on all of these issues, but I am offering them as a good-faith attempt at compromise that respects the valid concerns of both parents and educators,” Sen. Linda Rogers, R-Granger, said in a statement before a hearing on the bill Wednesday. “I appreciate the thoughtful discussions I’ve had with hundreds of interested parties on this bill, and I will remain open to input as the legislative process continues.”

The Indiana State Teachers Association remained steadfast in its opposition to the bill, however, and held a “Pack the House” event at the statehouse over several days, with hundreds of teachers in red T-shirts gathering in the lobby and many of them signing up to testify against HB 1134 and other education bills.

In a statement posted to its website, ISTA says it “still has concerns over the implications of banning the teaching of certain concepts.”

“Instead of stifling tough conversations in the classroom, we should trust educators as professionals to provide students with an education that enables them to learn from the mistakes of our past and help us all to create a better future,” the statement says.

The author of the bill, Rep. Tony Cook, R-Cicero, a former teacher, principal and school superintendent, tried to appeal to both sides in his comments before the amended bill was introduced, saying he and Rogers have had conversations with people with many different views.

“The reason I even approached this bill was the fact that, whether you want to understand or not, between us we probably talked to 20, 30 counties and different school corporations around the state,” he said to the packed room. “There definitely is a disconnect. There’s a disconnect about transparency, a disconnect about parental involvement in curriculum, curriculum oversight of school boards. So, what we’ve tried to do is try to span that gap and try to stop some of the conflict.”

He went on to say there had been “a lot of misperceptions, or misinterpretations” about what was in the bill.

“The House-passed version does not, and I really want to emphasize this, not prevent the teaching of historical injustices, or concepts, forms of government or ideologies that conflict with the Constitution,” he said. “It allowed for proactively teaching things like civil rights, good citizenship, affirmatively against any concept that is incompatible with the Constitution.”

He said even in the House-passed version of the bill, local school boards remained in control of schools.

“But going forward I think it’s important that we establish a formal structure for parental voices to be heard,” he said.

The bill is expected to be brought back before the committee next week and voted on, but a meeting date has not yet been scheduled.

The chairman of the Senate Education Committee, Sen. Jeff Raatz, R-Richmond, noted that more than 90% of those testifying on the bill on Wednesday were testifying in opposition.