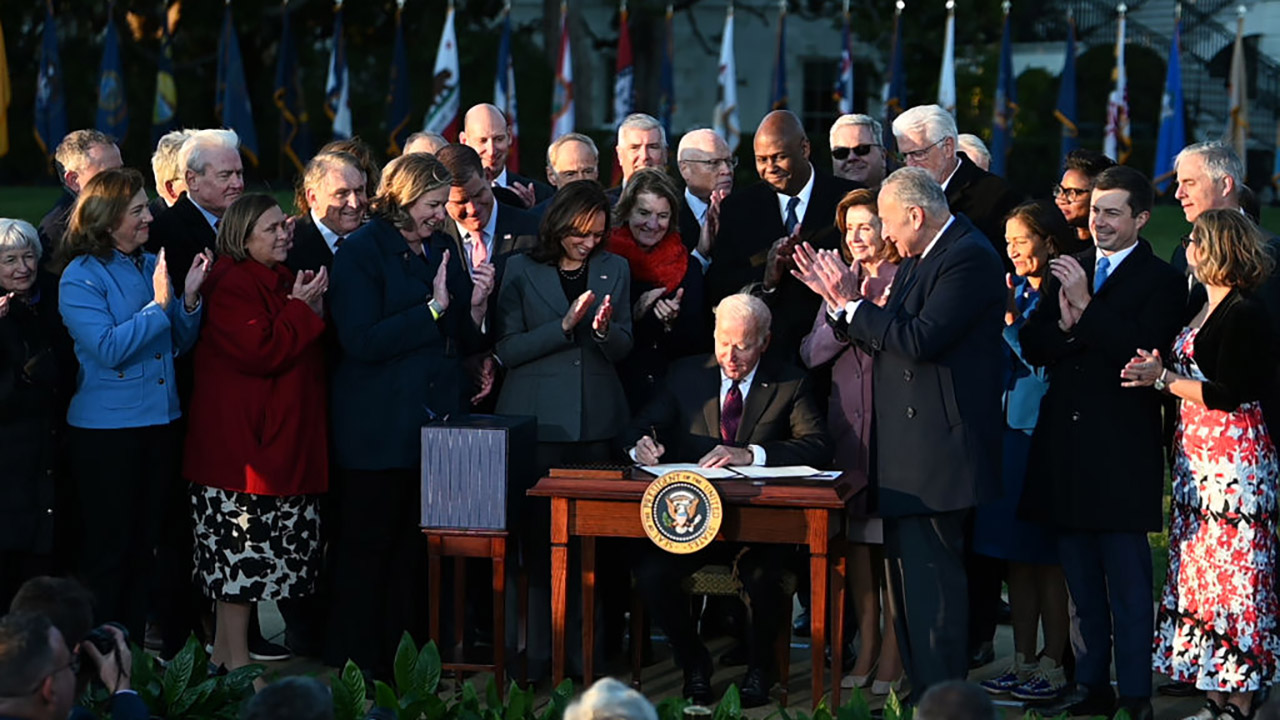 As part of President Biden’s sweeping economic plans, the primarily partisan bill passed the House and Senate on the strength of Democratic votes with a handful of Republicans backing.

New Mexico Sens. Martin Heinrich and Ben Ray Lujan – both Democrats – celebrated the bill’s passing, pointing out additions for their home state, including legislation to clean up orphaned oil and gas wells and promoting clean energy, The Paper reported.

Roads, bridges, airports, rail transit, water systems, the power grid, broadband internet and more are all targets of the federal dollars with an emphasis on Democratic pet issues like climate change mitigation.

Paul Gessing, president of the Rio Grande Foundation, a free-market research institute, is not one of those excited about it and said the bill is mostly a waste of taxpayer money.

“It’s way too much, it’s not really the role of the federal government to do all of this, and obviously a lot of it’s not infrastructure to begin with,” he told The Center Square.

While he admits New Mexico will see some benefit from investment in real infrastructure, Gessing said that should be a state issue.

“I’m not a big fan of even roads and bridges,” he said. “While that is infrastructure, those are generally states’ priorities. States handle most of their own infrastructure.”

Currently, New Mexico is sitting on a general fund surplus of $2 billion, according to Gessing.

“We could certainly pay for our own infrastructure here in New Mexico as it pertains to broadband, roads and bridges, even a lot of water projects,” he said.

Gessing questions some of the targets for funding in this bill, including electric buses and electric car charging stations, which he says are a political giveaway to an industry favored by Biden.

Biden pointed to an estimate that this bill will create roughly 2 million jobs per year over the next 10 years.

But Gessing predicted this kind of spending would have detrimental effects on the American people.

“We’ve seen inflation running wild,” he said. “Printing and spending money the federal government doesn’t have is the very definition of inflationary policy.”

While Gessing stated these opinions might make him appear to be “some old guy on his porch waving a cane at the world,” he insists the current modern monetary paradigm the government is operating on is not going to end well.

“Inflation is just the tip of the iceberg in terms of the problems that we’re going to see down the road with the kind of spending that’s coming out of Washington,” he said.