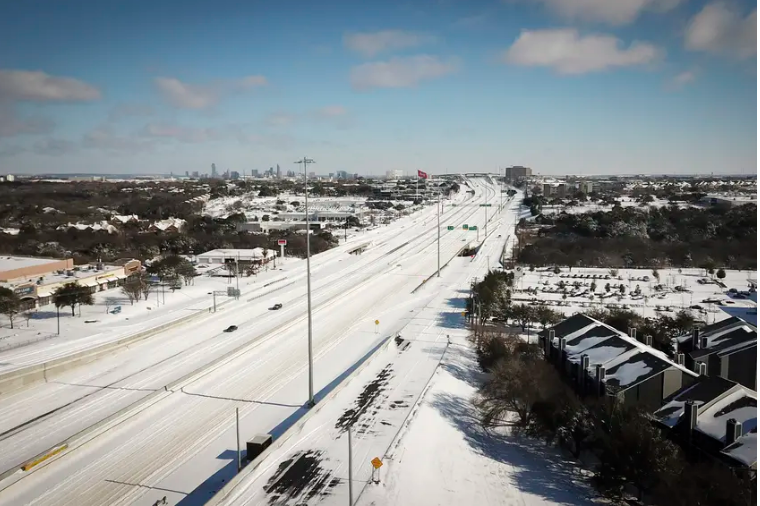 In a rare but upbeat moment of bipartisanship, Republican U.S. Sen. John Cornyn and Democratic U.S. Rep. Eddie Bernice Johnson of Dallas rolled out a new bill Thursday they say will better prepare the state for future extreme weather.

The two Texans’ bill would authorize the federal government to offer grants to states in support of weatherizing the electrical grids. The legislation comes in the wake of February’s deadly winter storm and the accompanying sweeping power outages across the state.

Both the Texas Senate and House have written bills that attempt to prevent another massive power failure in extreme temperatures.

“We know that the Texas Legislature is looking at this and is going to come up with some answers, but we felt like this is the way the federal government could step up and provide grants available to all the states on a targeted basis in order to get this infrastructure weatherized,” Cornyn told reporters at a joint news conference in Dallas.

“This isn’t going to be the only effort,” Cornyn added. “This’ll be in complementary to what the states and other local jurisdictions will be doing.”

Johnson further fleshed out the bill, saying that some of the onus will remain at the state level.

“The state will have some responsibility to match the grants,” she said.

Many Texans in Congress introduce bills that will never see the light of day on the House floor. But while Cornyn and Johnson are from opposite chambers and parties, each has unique standing in their corners of the Capitol.

Cornyn is a member of Senate leadership and an ally of Senate Majority Leader Mitch McConnell. And based on Johnson’s chairmanship of the House Science, Space and Technology Committee and her seniority, she is arguably the most powerful Texas Democrat in Congress. She is also the dean of the Texas delegation.

Cornyn pointed to support from U.S. Sen. Alex Padilla, a California Democrat, and U.S. Rep. Kevin Brady, a Republican from the Woodlands as an indicator of the geographic and ideological diversity who make up the will behind their legislative push.

Both Texans conceded that any improvements will cost serious money, and Johnson said she hoped state officials will “receive the help we are trying to give.”

When asked for a specific timeline for passage, Johnson was non-committal.

“We cannot promise you when it will go into effect,” she said. “We’re facing a lot of challenges coming up and we will be in the midst of those challenges.”