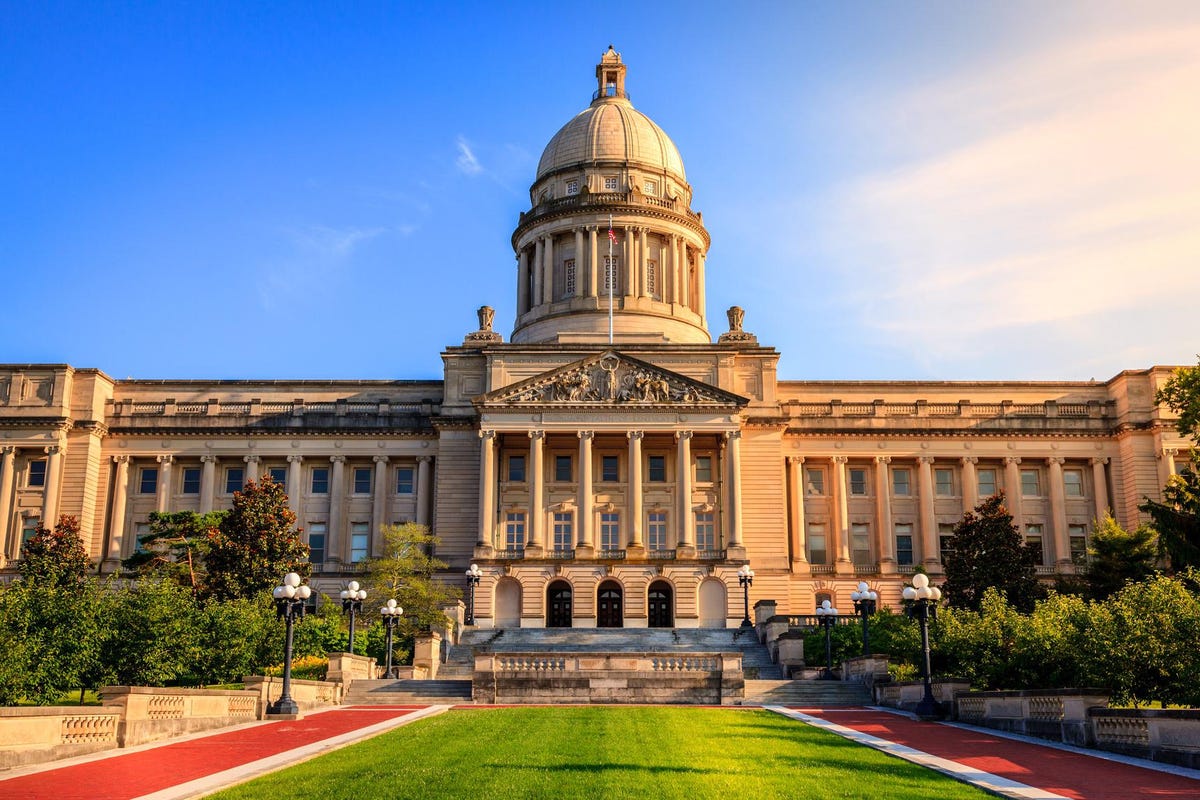 The Kentucky General Assembly reconvened Tuesday for what will likely be a long two days of sessions before lawmakers break for a nearly two-week-long veto period.

Legislators will likely cast votes on a slew of bills Tuesday and Wednesday to get them passed and sent to Democratic Gov. Andy Beshear’s desk. Starting Thursday, Beshear will have 10 legislative days to consider the bills. Any measures he vetoes can be overridden by lawmakers when they return for the final two days of the session, beginning April 13.

Republicans hold large majorities in both chambers and need only simple majorities to reject any vetoes Beshear issues.

Key bills before lawmakers in both the House and the Senate include the two-year budget bill. Lawmakers announced an agreement on the spending plan Tuesday morning, setting up votes for the next two days.

The compromise plan includes full funding for all-day kindergarten, increases in public education funding and raises for state employees. It also provides $75 million for a tourism recovery and funding for transportation projects – including the Brent Spence Bridge in northern Kentucky. Further, lawmakers complete funding for the state’s pension programs.

Senate Appropriations and Revenue Committee Chair Chris McDaniel, R-Ryland Heights, said this was the first budget he’s negotiated that did not require cuts to cover spending for Medicaid and public pensions.

“We are back on the path to being able to execute good policy in this commonwealth rather than react to outside financial circumstances,” McDaniel said.

The Democratic leaders, though, said they wished the budget would have included more spending, particularly for education. Proposals floated by Beshear to fund public pre-K programs and give public school teachers raises were not included in the final plan. They also wanted cost-of-living increases retirees, who last received that more than a decade ago.

“This is a once in a generation opportunity for us – record surpluses and record amounts of federal dollars – to make investments our people,” McGarvey said. “One of the best ways to invest in the people and the future of Kentucky is in education.”

While the budget appears to be settled, tax reform still needs to be addressed. The Senate Appropriations and Revenue Committee passed an amended version of House Bill 8 that would lower the state income tax and possibly eliminate it in time if certain revenue measures are met. A Senate proposal for an income tax rebate did not make it into the committee’s amendment.

If the Senate approves that bill, it will need concurrence in the House before going to Beshear.

In addition, there’s an anti-abortion bill as well. Lawmakers will also consider changes to the state’s circuit court system and possibly act on a couple of gambling-related bills.

When lawmakers leave after Wednesday evening or night, depending on the amount of time they’ll need, it won’t end all of the intrigue with the session. When lawmakers return in a couple of weeks, they will likely have to act on a couple of education bills likely to get vetoed, and the prospects of override aren’t guaranteed. That would include a bill to fund charter schools that only got 51 votes in the House.

In addition, lawmakers can use those final two days next month to get final bills passed. They would not be able to override a Beshear veto. Still, it does provide an opportunity for legislation they believe the governor will sign into law.

One of those bills is House Bill 606, which would legalize sports betting in Kentucky. It passed the House on March 18. However, it did not receive its first reading in the Senate until Tuesday. A second reading, set for Wednesday, would give bill sponsor state Rep. Adam Koenig, R-Erlanger, a chance to get the votes to pass the bill in the Senate.

“I can tell you right now that the votes aren’t there,” Thayer said after a Senate Licensing and Occupations Committee meeting Tuesday morning. “But I think Chairman Koenig deserves an opportunity to take another run at it. Because I think there are some people who still want to learn more about it.”