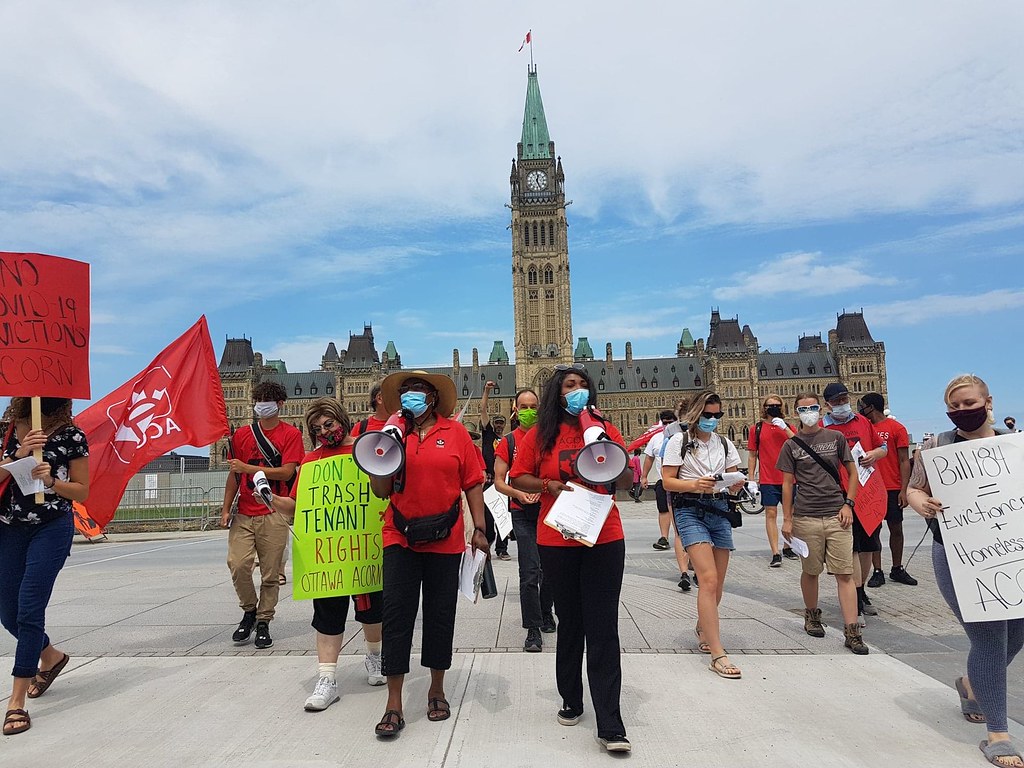 Landlords are struggling after the U.S. Centers for Disease Control and Prevention (CDC) extended a national ban on certain evictions apparently to slow the spread of COVID-19.

The CDC extended the moratorium, first enacted in Sept. 2020, through June 30.

The New Civil Liberties Alliance (NCLA), a nonpartisan, nonprofit civil rights group, filed a class-action lawsuit in the U.S. District Court for the Northern District of Iowa on behalf of Asa Mossman of Cedar Rapids, Iowa, and other housing providers.

“We don’t see any ending point because the supposed basis for this is COVID exists,” Vecchione said in a phone interview. “There’s no reasonable or foreseeable stopping point given the basis they state for their order.”

NCLA represents landlords across the United States who haven’t been paid in months and can’t even evict people from their own property, Vecchione said.

“Some of these folks aren’t big landlords,” Vecchione said. “They have one or maybe two properties to supplement their income during retirement. And they have to provide a habitable living place, even though the tenants aren’t fulfilling their side of the bargain.”

“If they aren’t given any support by the state or the government, many of these people could lose their property,” Vecchione said

If landlords default on their mortgage because tenants aren’t paying and a bank forecloses on the property, the bank can evict the tenants — the exact action the order aimed to prevent.

Vecchione asserted it’s unfair for landlords who invested in providing homes to tenants to assume the entire financial burden,” Vecchione said. “These people could be making up to $99,000 a year and not pay their obligations. It’s really outrageous,” he said, adding not all tenants in arrears contracted COVID-19.

“This is an example of the administrative state way overreaching,” he said.

CDC director Dr. Rochelle Walensky said in a statement, “The COVID-19 pandemic has presented a historic threat to the nation’s public health. Keeping people in their homes and out of crowded or congregate settings — like homeless shelters — by preventing evictions is a key step in helping to stop the spread of COVID-19.

The order prevents tenants earning up to $99,000 ($198,000 for joint filers) from being evicted for nonpayment of rent, if they state in writing that they’ve lost income, had unexpected medical bills, and that their eviction could cause move into a homeless shelter or other crowded living space.

Renters can still be evicted for criminal activity, for threatening others’ safety property damage, or other lease violations.

The CDC argues evicted tenants might move into crowded living situations such as with family or friends, which could spread COVID-19, despite a climbing number of nationwide vaccinations.

In its lawsuit, NCLA argues that agencies have no inherent power to make law or to issue a nationwide eviction moratorium order. Some courts have agreed.

The CDC order threatens anyone who violates the order with up to $500,000 in fines per event or jail time if the action results in death.